Why Aren’t Gay And Bi Teens Getting Tested For HIV?

Written by Terri Washington on September 5, 2015
Be first to like this.

According to the Centers for Disease Control, teens start getting down and dirty at an average age of 17, but according to a recent study by Northwestern Medicine and the Center for Innovative Public Health Research gay teens aren’t getting tested for HIV even if they’ve been sexually active earlier on.

The study, published in the Journal of Adolescent Health, said that gay teens don’t get tested because they don’t know where to get tested, are afraid of being recognized at a testing center and think that they are less likely to contract HIV for whatever reason. The results showed that only 30 percent of participants had been tested for HIV although over half of the testing field has been sexually active.

Men who have sex with other men remain the most at-risk group for contracting HIV, and in 2010 young gay and bisexual men accounted for nearly 19 percent of all new HIV infections. The CDC adds a lack of condom use; partnering with older, more experienced men and homelessness also contribute to the high rate of HIV among same-sex loving teens. The following chart from 2010 shows the number of new HIV infections for each ethnicity and sex aged 13-24: 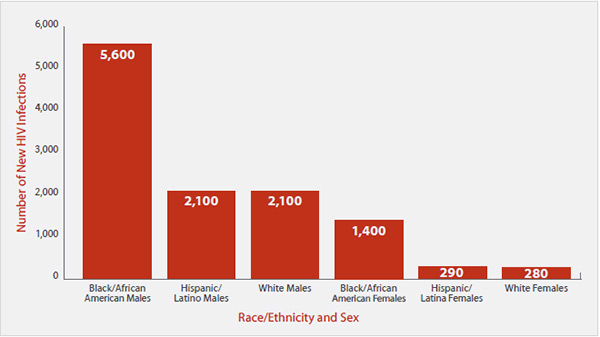 The results from the study suggest more accessible testing centers or at home testing kits could potentially increase the number of gay teens who haven’t been tested.

Remembering Rock Hudson, Who Passed Away 36 Years Ago Today
Canadian Band Fleece Has Found Its Feisty Queer Voice on New Album
History of the Action Figure, Part 1: G.I. Joe and the Rise of the Man-Doll!
Hey, Young Boys Can Like Disney Princesses, Too, as This Brazilian Illustrator’s Work Depicts
English