Why Don’t We Have a National Ban on ‘Ex-Gay’ Therapy Yet?

Yesterday, the Obama Administration stated its support of banning so-called “reparative therapy” (that is pseudo-psychological counseling focused on changing an individual’s sexual orientation or gender identity) for minors. While the White House has not called for a federal ban, it does support state bans.

Whatever you want to call it, experts agree: it’s not real. There’s no scientific basis for the idea that treatment in a clinical setting can control a person’s sexual orientation or gender identity. And what’s more, the practice is actually harmful, and can cause severe mental health problems. Some practitioners have been accused or convicted of sexual assault under the guise of medical treatment.

So what would it take to stop it?

In their lawsuit, SPLC claims that JONAH violated New Jersey’s Consumer Fraud Act by claiming that they could change sexual orientation. None of the staff of JONAH are real therapists, and of course conversion efforts are not real therapy.

Meanwhile, NCLR has launched a campaign called “#BornPerfect.” Their goal is for conversion therapy to be banned across the country within the next five years. But they’re not taking a federal approach: only states can regulate medical treatment.

So instead, NCLR is pursuing state bans, which allows them to customize their efforts on a state-by-state basis. What works in California, after all, might not work in Mississippi.

NCLR has also lobbied the U.N. to support a nationwide ban. 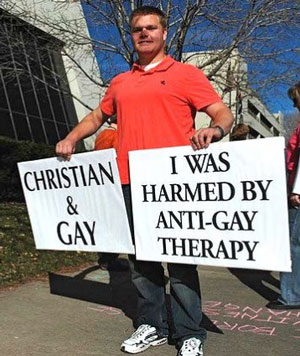 The effort is supported by a wide range of medical, faith, and social justice groups. There are far too many to mention, but a few of the major names include The American Psychoanalytic Association, the National Association of School Psychologists, Presbyterian Welcome, the National Council of Jewish Women, and the National Organization for Women.

Numerous former ex-gay advocates have since come around to support nationwide bans as well. Once supportive of conversion therapy, they’ve realized that the practice is harmful.

“These types of bans need to progress throughout the nation as quickly as possible,” said former ex-gay Yvette Cantu Schneider. “Not only is the efficacy of change therapy dubious at best, but the type of therapy this legislation bans is specifically for minors.

“In my own life, that message kept me trapped in a cycle of believing that I was emotionally ill and incapable of having a healthy life until those things are fixed,” a former ex-gay leader named John Smid told BuzzFeed. “For over two decades, I lived in that mind-set. That’s why reparative therapy is so damaging. That was the message that I received and that I taught in my involvement with Exodus and Love in Action.”

Even though the federal government can’t regular medical professionals, says Staff Attorney Samantha Ames at NCLR, “there are many important roles for the federal government — encouraging states to enact law protecting LGBT children, preventing the use of federal funds to pay for these practices, ensuring that youth in federally-funded juvenile justice facilities are not subjected to conversion therapy, and educating parents and social service agencies about the dangers of trying to change a child’s sexual orientation or gender identity and the lifelong health benefits of family acceptance and support of LGBT youth.” 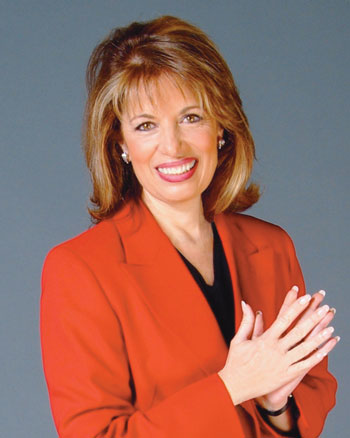 When it comes to national leadership, California Representative Jackie Speier is our heroine in Congress. In 2012, she introduced the “Stop Harming Our Kids” act, which would express Congress’ disapproval of conversion. She also launched an investigation into whether federal funds had gone to anyone who subjects people to ex-gay treatment.

The bill died in committee in 2012, and again in 2013 despite having the support of 38 co-sponsors (all Democrats).

“Any effort to change sexual orientation is not medicine, it’s quackery, and we should not be supporting it with taxpayer dollars,” Speier said.

So far, Speier’s investigation has turned up at least one familiar name who took taxpayer money for torturing LGBTs: good old Marcus Bachmann, the definitely-not-homosexual husband of delusional former Congress member Michele Bachmann. Marcus accepted nearly $140,000 in Medicaid payments for his ex-gay clinic, and the investigation has turned up two more conversion-practitioners who may have taken federal money.

“Gay conversion has become a multimillion dollar industry,” Speier said. “So called therapists around the country prey on fearful parents who are willing to pay hundreds of dollars to make their children conform to heterosexual norms and expectations.”

If legislators did decide to go for one sweeping nationwide ban, resistance would likely come from Family-PAC Federal, a national PAC that pushes conservative policies. Rios was a featured speaker at the 2014 “Ex-Gay Awareness Conference” a few months ago, and is the Vice President of Family-Pac.

Christopher Doyle would also be likely to lead federal lobbying efforts. Doyle is the co-founder of “Voice of the Voiceless,” and previously called for federal recognition of ex-gays as a protected class. Doyle has also admitted to sexually abusing other children when he was 10.

The best chance that pro-conversion groups have of overturning those state bans is suing on the basis of religious freedom — but that avenue has already been cut off. After New Jersey banned the practice, several people sued the state. But a federal judge ruled that such laws only regulate conduct, not speech. In other words, they can talk about conversion, they just can’t try to offer it as therapy.

“This law will save lives by protecting young people them from these horrible and damaging practices,” said Troy Stevenson, Executive Director of Garden State Equality, after the judge ruled.

So if you’re in California or New Jersey, great! Therapists are already banned from trying to change anyone’s sexual orientation. Numerous other states are likely to follow that lead. The only question is whether NCLR will actually manage to hit their five-year goal; and how vehemently the remaining ex-gays practitioners will try to defend their abusive treatments.

The Original 'Little Mermaid' Fairy Tale Was a Heartbreaking Allegory for Unrequited Queer Love
In Celebration of SOPHIE, Who Paved The Way: Artists Pay Tribute
An Abridged History of How 'Steven Universe' Went From Concept to Hit Animated Series
Chick-fil-A Profits Continue to Fund a Hateful Campaign Against LGBTs
English