Why Is It So Hard To Create ‘Female Viagra’?

Written by Daniel Villarreal on March 5, 2015
Be first to like this. 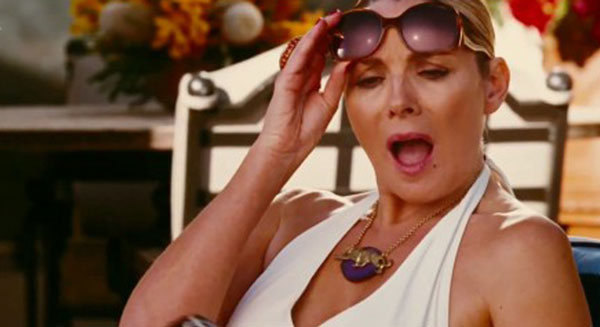 This last February, the North Carolina drug company Sprout Pharmaceuticals resubmitted flibanserin (aka “female Viagra” or “the little pink pill”) to the U.S. Food and Drug Administration for approval. The FDA had previously rejected the drug in 2014 because of “lackluster effectiveness and side effects.”

To wit, the FDA considered the drug’s effect on women’s sexual arousal to be statistically insignificant and worried about related fatigue, dizziness, and nausea. But considering that the side effects of actual Viagra include diarrhea, vision and hearing loss, and irregular heartbeat, a little fatigue and nausea don’t sound so bad.

To be clear, “female Viagra” is actually a misnomer. Viagra creates longer lasting erections by increasing bloodflow to the penis whereas flibanserin reportedly creates greater female arousal by increasing pleasurable neurochemicals in the brain.

As proof of the need for their drug, Sprout pointed to a 1999 survey in the Journal of the American Medical Association reporting sexual dysfunction in 43 percent of women and 31 percent of men. But in a 2014 LA Times op-ed, psychiatry professor Leonore Tiefer said that the survey only gauged the occurrence of sexual problems in women, not whether they bothered them. Tiefer, who is also the founder of a campaign against sexual pharmaceuticals, added that “many of these (sexual) concerns can be remedied without drugs or medical procedures.”

Soon after the FDA’s 2014 rejection of flibanserin, two very similar websites appeared — Women Deserve and Even the Score. Both had the same message: denying drugs to treat female sexual dysfunction is sexism, plain and simple.

It’s a compelling argument, though one should note that the site’s corporate backers include Sprout and other drug companies looking to treat female sexual disorders, as well as non-profits such as the Women’s Health Foundation, the Center for Health and Gender Equality, the American Sexual Health Association, the Black Women’s Health Imperative, and the National Hispanic Medical Association.

Before the battle over “the little pink pill” reached its current pitch though, pharmaceutical PR flack Liz Canner created a documentary exposing a larger market profitting off of better sex through chemistry. Her film, called Orgasm Inc., questioned whether female sexual dysfunction is really just a neurochemical problem. For example, Viagra won’t instantly give you a boner if the problem is emotional, relationship-based, or connected to anti-depressants, and the same is likely true for flibanserin. Could it be that in seeking a pharmaceutical cure for female sexual dysfunction, we’re actually looking in the wrong place?

The pharmacology and neurochemistry of female arousal is a relatively new field, so while “the little pink pill” may not hold all the answers, it could signal a step towards a better overall understanding of female desire.

In the meanwhile, a study backed by Viagra-producer Pfizer showed that Viagra does increase orgasm function in some women. So if women don’t mind a little diarrhea and hearing loss, they could always just try and pop a viagra like Samantha did in Sex in the City. You may not end up “on the moon” like her, but you might find the effect “statistically significant.”

11 Sketches of Female Superheroes and Villains Imagined as Sexy Muscle Hunks
I Prefer to Date Men in Open Relationships. Here's Why.
We Asked This Gay Doctor All of Our Poppers-Related Questions
Kick Off 2022 With Some of Our Favorite LGBTQ Podcasts
English