Why Was This Lesbian Arrested After Being Attacked By A Mob?

Written by Kevin Farrell on February 5, 2011
Be first to like this. 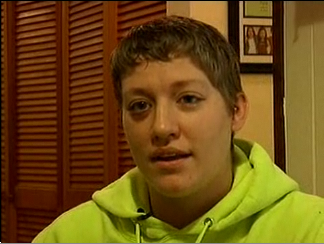 25 year old Sarah Gilbert was arrested outside of an Alabama bar after being attacked by a group of people, including two men. Althought Gilbert was targeted because she was a lesbian, and police officers were unable to provide a reason for the arrest to a local news affiliate, Alabama hate crime laws to not protect citizens on the basis of their sexual orientation. Gilbert, the victim, was the only person arrested – even though she was beat by two men.

“As they were hitting me and everything, I heard a man say ‘If you want to look like a man, you’ll get hit like a man.’” Horrendous.

Gilbert added, “Im an American, just like the rest of us are. I have rights. I have the same rights y’all do supposedly. But people from here don’t look at it that way.”

Why was this hate crime victim arrested?

When Did the Word 'Gay' Stop Meaning 'Happy' and Start Referring to Homosexuals?
Consider These 10 International LGBTQ Bookshops While Making Your 2022 Travel Plans
Hey, Single Queer Men, Let's Bring Back Dating
Here's What 15 Celebrities Have Said in Support of Open Relationships and Non-Monogamy
English