The World OutGames Were Canceled at the Last Minute, Leaving Athletes Stranded

Hours before the opening ceremony, the World OutGames — an international queer sporting event that split off from the Gay Games in 2006 — has been canceled.

The OutGames were slated to bring 10,000 LGBTQ athletes to Miami for hundreds of events over 10 days. The cancelation could cost the city of Miami Beach upwards of at least $200,000, as reported by the Miami New Times.

On Facebook, the World OutGames Board of Directors posted:

It is with deep regret that due to financial burdens, World OutGames must cancel opening and closing ceremonies and sports programming with the exception of aquatics, country western dance and soccer. The Human Rights Conference and cultural programs will continue as planned. We thank everyone who has supported the effort and apologize to those who will be impacted by this difficult decision.

Unfortunately, the event had only 2,000 athletes registered last month, five times fewer than the ultimate goal of 10,000 athletes. A lack of registrants — only 500 — and funds compelled Outgames to cancel the 2016 event, but organizers said canceling this year’s games wasn’t an option.

Until today. At the last minute. After many athletes had already arrived in Miami for their events.

“It is incredibly disappointing that organizers would guarantee the public they would not cancel the event, then wait until hours before the opening ceremony to cancel it. Athletes are now stuck with vacation time they may not want and travel costs they will never recover.”

“This just displays bad management that has a serious financial impact on many people,” says Peter Clancy, a businessman from Belgium who was going to compete in track and field. “Last minute notice also shows a complete lack of respect for the participants and especially those of us traveling from other continents.”

One team from Mexico talked to Steve Rothaus about being stranded in Miami with nothing to do and very little resources. “We cannot just go back now,” one athlete said. ‘We just have to spend the whole week here with nothing. Our whole trip was based on this.”

Another told Outsports, “I’ve been traveling all day. I’m extremely upset and will demand travel expenses be paid.”

As a local South Florida triathlete I have to “throw my hat into the ring” and l express my disgust to OutGames Miami for cancelling last minute.

I’ve noticed more emphasis the past few weeks on the parties and entertainment more than the sporting events, which I voiced on several occasions. Nobody could tell us anything about the venue, time, etc. for Triathlon until recently.

I feel so sorry for you who’ve flown in from around the world to this event.

Now, the city of Miami is demanding an audit of OutGames’ books.

“A memo from Miami Beach City Manager Jimmy Morales late Thursday signaled a rapidly worsening situation,” Rothaus reports. “OutGames officials had not paid a $5,000 deposit for necessary event permits. According to the memo, OutGames owes a “substantial amount of money” to the National Hotel, the host hotel for the event.”

This sounds like the gay version of the Fyre Music Festival. 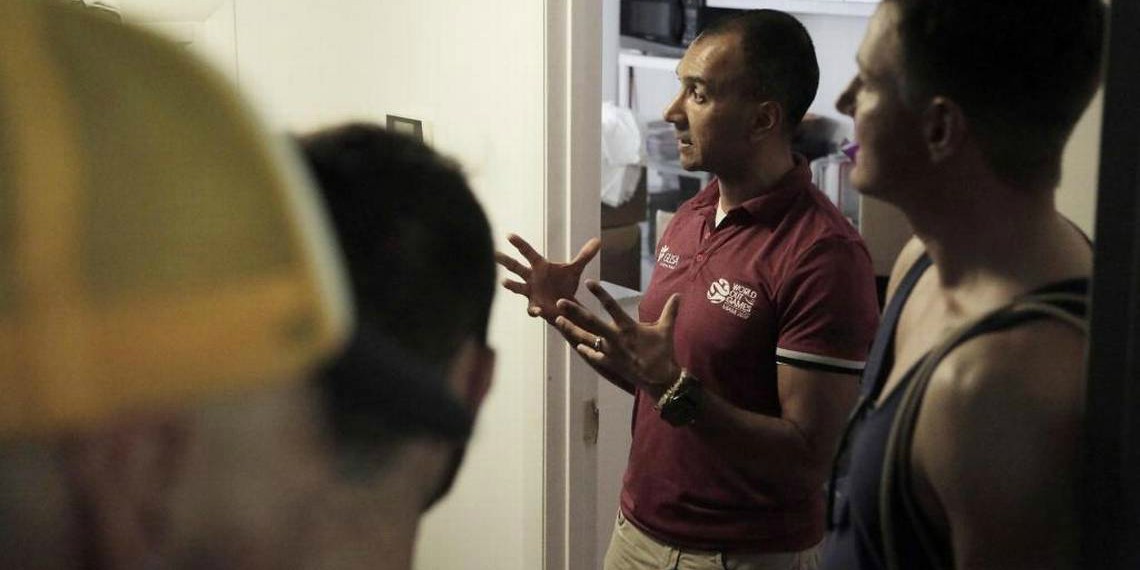 Audit of Ill-Fated World OutGames Miami Shows Its CEO Walked Away With $106,992

2017 World Outgames: Despite Only 2,000 Registrants, the Games Will Go On
English