YAS KWEEN! Iceman of the X-Men Comes Out As Gay!

Brian Michael Bendis drops one of his final bombs on our unworthy, undeserving brains before departing the entire X-Men family of titles as Marvel scrambles their universe’s eggs in the upcoming Secret Wars event.

If you are not a grown-ass manbaby who still reads comic books, especially superhero comic books, on your iPad every Wednesday, much of this will be confusing and nonsensical to you. Ignore that feeling. Iceman is gay. The queen is dead. Long live the queen. 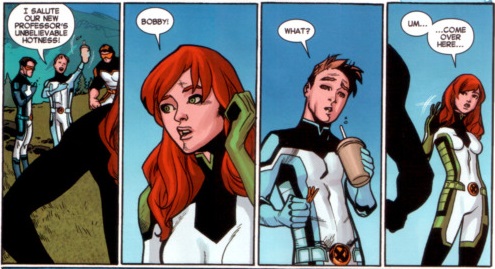 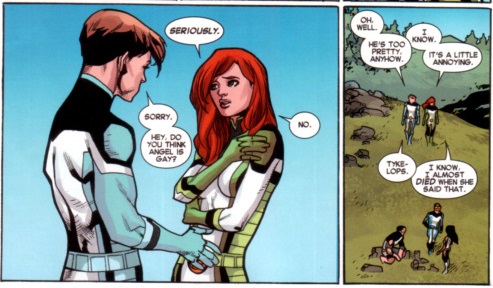 Frankly, the only way that this could be more personally fulfilling would be if Iceman were to have told me first instead of Jean Grey. But Jean is absolutely the next best choice, Bobby. So good on you for that.

Fanboy tangent: strange that Emma Frost never sussed out Iceman’s sexuality back in the ’90s when she spent all of that time (ahem) trapped in his body, perfecting his mutant powers in ways he had never even dreamed of.I suppose Jean really is the superior telepath. Even if the Cyclops-Emma relationship was wildly more fun.

But I digress…This is about Iceman, FOR ONCE.

Congratulations, Bobby! Welcome to the team.

We Asked Hornet Users to Share Their Most Outrageous Thanksgiving Story — in Exactly 10 Words
Chechnya's Horrific 'Gay Purge': A 4-Year Timeline of Abduction, Torture and Murder
Condom-ing With Confidence: Dr. Joe Kort Shares 5 Condom Tips for Queer Men
5 Projects That Made a Star of Tom Holland, the Guy We're Swooning Over This Week
English