Written by Terri Washington on August 21, 2015
Be first to like this.

Translate this Story and earn Hornet Points!
All that time at Hogwarts made Emma Watson a sweetheart. The actress who played Harry Potter’s wizarding pal Hermion Granger took to Twitter to express words of encouragement towards rugby player Keegan Hirst who came out over the weekend to The Sunday Mirror.
Hirst is the captain of the English Batley Bulldogs professional Rugby Team. He is the first British rugger to come out as gay and one of the few professional rugby players to come out: Australian rugby player Ian Roberts came out as gay in 1995 and Welsh rugby player Gareth Thomas came out in 2009. Hirst recently split up from his wife who he came out to “a few weeks ago.” They have two children.
“I thought I’d be disowned by friends and family but I haven’t been,” Hirst said. “The support from my team mates and other rugby league players has really surprised me, it’s all been positive.” Shortly after he came out, a nude picture he took with a teammate began circulating on the web. 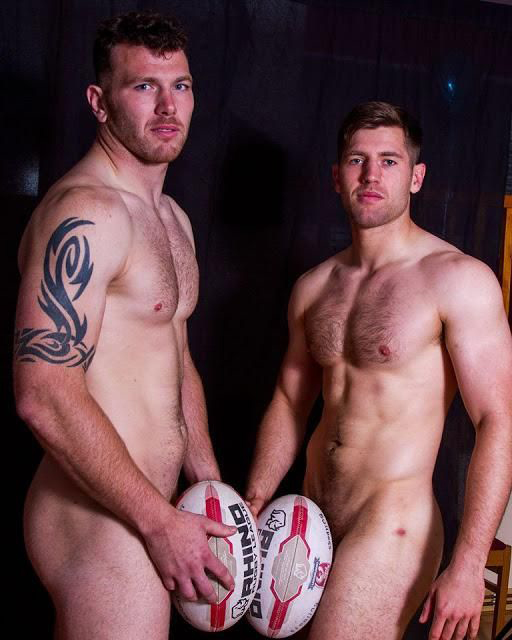 Watson, a supporter of gender equality and ambassador of the He for She campaign, spoke of courage both mental and physical. Watson claimed that because Hirst is both an athlete and openly-gay player, he’s got both.

Courage is the choice and willingness to confront agony, pain, danger, uncertainty or intimidation.

…. Physical courage is courage in the face of physical pain, hardship, death or threat of death, — Emma Watson (@EmWatson) August 18, 2015

while moral courage is the ability to act rightly in the face of popular opposition, shame, scandal or discouragement. @KeeganHirst#gotboth

Hirst thanked Watson for the words of encouragement and the follow. He also noted that he is a He for She and supports gender equality.

?? Massive thanks to @stephenfry and @EmWatson for the follow. Surreal or what — Keegan Hirst (@KeeganHirst) August 18, 2015

As a #HeForShe, I’m committed to #genderequality. I invite you to stand with me. @HeForShehttp://t.co/sqXFqIhxtW

Applause for both Watson and Hirst! Hirst for being brave enough to admit his true identity knowingly being the lone person in all the sport and Watson for reaching out to a stranger to show her support for him and everyone else going through a similar situation.

'House of Gucci' Is a High-Class Soap Opera Masquerading as a Prestige Film
5 Man-Loving British Male Monarchs You Should Know (Oh, and One Commissioned the Bible)
Our 10 Favorite LGBTQ Games Featuring Gender and Sexual Inclusivity
We Asked a Gay Proctologist to Answer All Your Scariest Questions
English