You Must See and Play These 5 Gay Visual Novels!

Written by Adam Whybray on September 26, 2016
Be first to like this.

Do you remember Choose Your Own Adventure novels, and did you ever wish they were video games? It turns out these games exist and are popular in Japan! They’re called visual novels (or VN for short) and while the medium has never taken off in the West, there is a plethora these games that either found commercial release abroad or have been fan-translated. If you’re curious, there are a few hundred English-language visual novels available on Steam and many hundreds more through less legitimate channels.

Despite their cult status, over the last decade there has been a significant surge of independent visual novels developed outside of the borders of Japan. Experimental/radical game developers like Anna Anthropy and Stephen Lavelle have  turned their hand to visual novel creation, and fans of the medium can now make the their own games with free tools like Ren’Py or Lavelle’s Flickgame.

The best VNs achieve a level of intimacy that only video games manage — despite borrowing the depth of novels with the visual style of comics and television. They’re a hodgepodge of all the best aspects of the different artistic mediums (excluding pottery and interpretive dance) and are great for long, late-night playing.

There are two genres of VN that focus on sexual relationships between guys – yaoi and bara. The former is intended for a heterosexual audience of women and the latter for a gay male audience. Yuri games (those focusing on lesbian experiences) generally receive more attention than yaoi and especially bara games — so it’s time to give yaoi and bara games their due! (Of course, if you want to see a follow-up to this article focusing on yuri games, hit us up in the comments!)

So without further ado, here are five visual novels with explicitly gay characters and scenes that are worth your time:

Cara Ellison describes Coming Out on Top as “the Citizen Kane of ripped, naked big-dicked dudes in love” (a quote proudly displayed on developer Obscurasoft’s home page and rightly so). Despite a shared healthy appreciation for deep focus… no, I’m going to nip the innuendo in the bud and say that Coming Out on Top is a light, colourful dating sim with moments of emotional resonance and How I Met Your Mother-style humour. The art is a little boxy, but clean, crisp and not afraid to show non-pixelated penises in all their glory.

In fact, it’s mainly in its pleasingly forthright, engaged attitude to gay sex that Coming Out on Top really stands out. The guys in the sex scenes actually appear to be having fun! The world needs more depictions of unremarkable but totally awesome gay relationships that aren’t shown to be dark or complicated, while simultaneously not feeling the need to pander to a heterosexual male readership. If you want to play a casual visual novel with assured writing and an impressive varied (albeit occasionally precious!) soundtrack, you’ll want to check out Coming Out on Top — or at least the demo which ends with the irresistible guarantee of “several tightly written, hilarious, and heart-warming stories” and “a metric shit-ton of large, uncensored wang.” Additionally, you can choose whether you or your sex partners have beards or body hair! Ace!

The rare example of a commercial “Boy’s Love” (or BL) game with an English-language release. Absolute Obedience is set in some undisclosed town in post-World War II West Germany. Our two protagonists are Kia and Louise, the two core members of a clandestine agency in which disgruntled clients hire the unsavoury pair for “missions” to deal out revenge to a chosen male target. Some of Kia and Louise’s targets include a military officer, a Russian spy, an Arabian prince, a judge’s son, a professional football player, and Werner Herzog (okay, a mafiosa called Werner Herzog) to give an impression of the kind of social circles these men move within. The revenge itself generally involves destroying the victim’s social standing, though along the way Kia or Louise are likely to also attempt seducing or assaulting the marked man because they are awful people.

Kia is the “loveable” Harley Davidson-riding bad boy of the pair, while Louise is the privileged sociopath with obscene amounts of money at his disposal. Unlike the final game in the list, Absolute Obedience isn’t stomach-churningly sadistic — it’s the amoral end-point of the Machiavellian bastardry that characterises the James Bond films. Bond is no less of a predator than Kia or Louise, but he’s an agent of the British Monarchy and Law; Kia and Louise serve no-one other than themselves.

Absolute Obedience is essentially a series of Cold War sexual power-play vignettes, by turns nasty and farcical. In fact, this episodic structure is one of the strongest aspects of the game. The story is split into missions which the player can choose to access in any order, either choosing Kia or Louise as protagonist. Unusually for a VN, the game is not strictly in first person and the choices made tend to be along the lines of selecting a location you want the character to next visit or how a victim should react to Kia or Louise, rather than directly controlling the protagonists. This creates a degree of distance from the action, which takes the edge off the game’s more sadistic elements and it remains interesting to see these terrible people out-maneuver each other. Absolute Obedience is the Game of Thrones of BL games.

Graphically, the game looks like a 1990s anime like Slayers or New Dominion Tank Police, which gives it a certain, spiky retro charm. Louise wears a black uniform and always carries a bullwhip, so it is hard not to be reminded of Nazi exploitation films in places, which carries into the S&M aesthetic of some of the scenes. The whole effect is campy and not nearly as disturbing as one might expect — if you have a high tolerance for amoral protagonists, Absolute Obedience is certainly worth a look.

DRAMAtical Murder is a science fiction mystery-drama published by Nitro+chiral, the Boy’s Love branch of Nitroplus. Nitroplus are known for games aimed at a young adult audience, and their plots tend to involve a muddled, manic or just plain confused male protagonist attempting to navigate a busy urban environment of extra-sensory phenomena and potential love interests. DRAMAtical Murder does not stray from this tendency.

The plot concerns warring techno-gangs manipulated by sinister forces beyond their control. Aoba, our likeable earnest protagonist with a delinquent past, has to travel to the dark heart of Platinum Jail, an elite pleasure resort where the inhabitants live in zombie-like stupor, in order to uncover mysteries about his past and defeat tyrannical evil and other such worthy concerns! If the correct choices are made, Aoba might get to experience some tender, genuinely sexy and surprisingly well-written love scenes with a host of appealing young men. (Unfortunately, like in Absolute Obedience, there are rape scenes if you take the character Mink’s route.)

DRAMAtical Murder begins in a slick and breezy style and though it grows more conspiratorial and oppressive as it goes on, at heart it’s engaging and diverting, rather than weird or alienating. It has a lovely color palette of pastels and golds, an engaging premise and while the character designs are a little over-simplified, they’re all so pretty it doesn’t matter. While it’s all a little too slight to be absolutely essential, it is a classy game in spite of its naff translated title. There’s also a popular anime based on the game.

Sweet Pool is another BL visual novel by Nitro+chiral and involves the infamous Gen Urobuchi on the writing team. Urobuchi is also known for the disturbing Saya no Uta (2003), which fused Cronenbergian body horror with Lovecraftian outer space malevolence with its story of an alienated protagonist who sees his entire world, environment, and friends as formed out of grotesque cancerous meaty viscera. Still, it gets points for daring to set a game in an awkwardly rendered CGI Meat Hell.

Sweet Pool follows in Saya no Uta’s decidedly sticky shoes by starring a protagonist, Sakiyama Youji, whose body — okay, his anus if we’re not being coy — inexplicably starts to seep blood. Youji is unusually sympathetic for a VN protagonist: A rather serious, sickly young man with an interest in tropical fish. Fortunately, he’s surrounded by a bunch of hunky boys! Unfortunately, they’re a mixture of psychos, cold-eyed killers and deranged cultists!

The game’s graphics are rendered in crisp sepia tones and the music tends towards ambient electronica of the sinister variety. The gameplay is relatively unusual in that it allows the player opportunities to select either ‘rational’ or ‘impulsive’ responses (symbolised by a corner of the screen turning red or blue), which will then dictate which ending the player receives. Compared to other Nitro games, Sweet Pool takes a while to get going, but this also makes its horrors more palatable. If you like horror games featuring unstable naked anime guys then submerge yourself in the meaty nihilism of Sweet Pool… but maybe take a shower afterwards.

This shit is bananas — Naked Butler is a moderately endearing yaoi version of the Marquis de Sade’s 120 Days of Sodom but with more butlers. It’s grotesquely inappropriate and likely triggering unless you have the most warped, darkest sense of humor imaginable. You play Tomoeda, a svelte young university student with a suppressed sadistic side who lands a high-paying job as master to a mansion of very pretty and obliging butlers. You can respect their professional boundaries as best you can and honour the master-butler relationship… in which case you’ll get a bad end and lose the game.

Instead, creator Togo Mito clearly wants you to abuse and degrade the male staff in a hideous cornucopia of sadistic mania that will leave you feeling ashamed, confused and possibly sticky. Naked Butler is without any redeeming ethical value, but it’s admittedly fascinating. You have been warned — but seriously, if this sounds like it would upset you, please don’t play it! 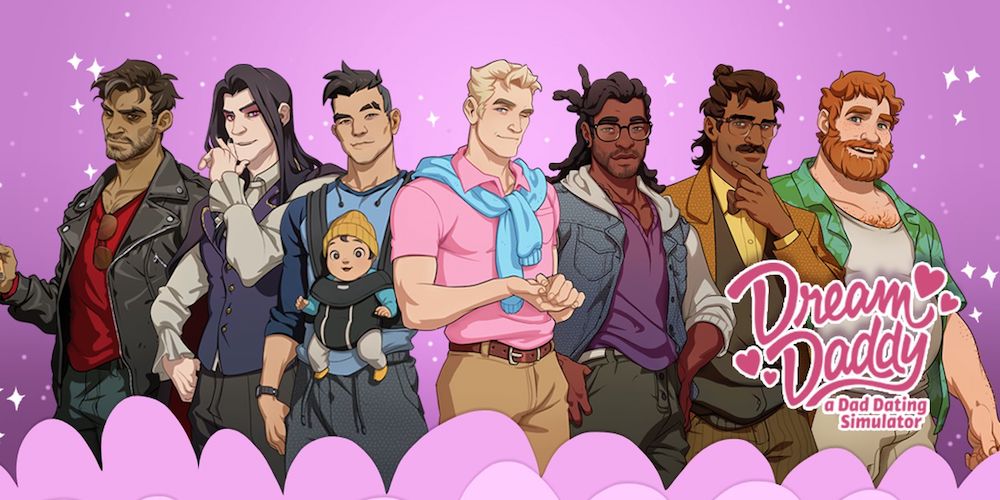 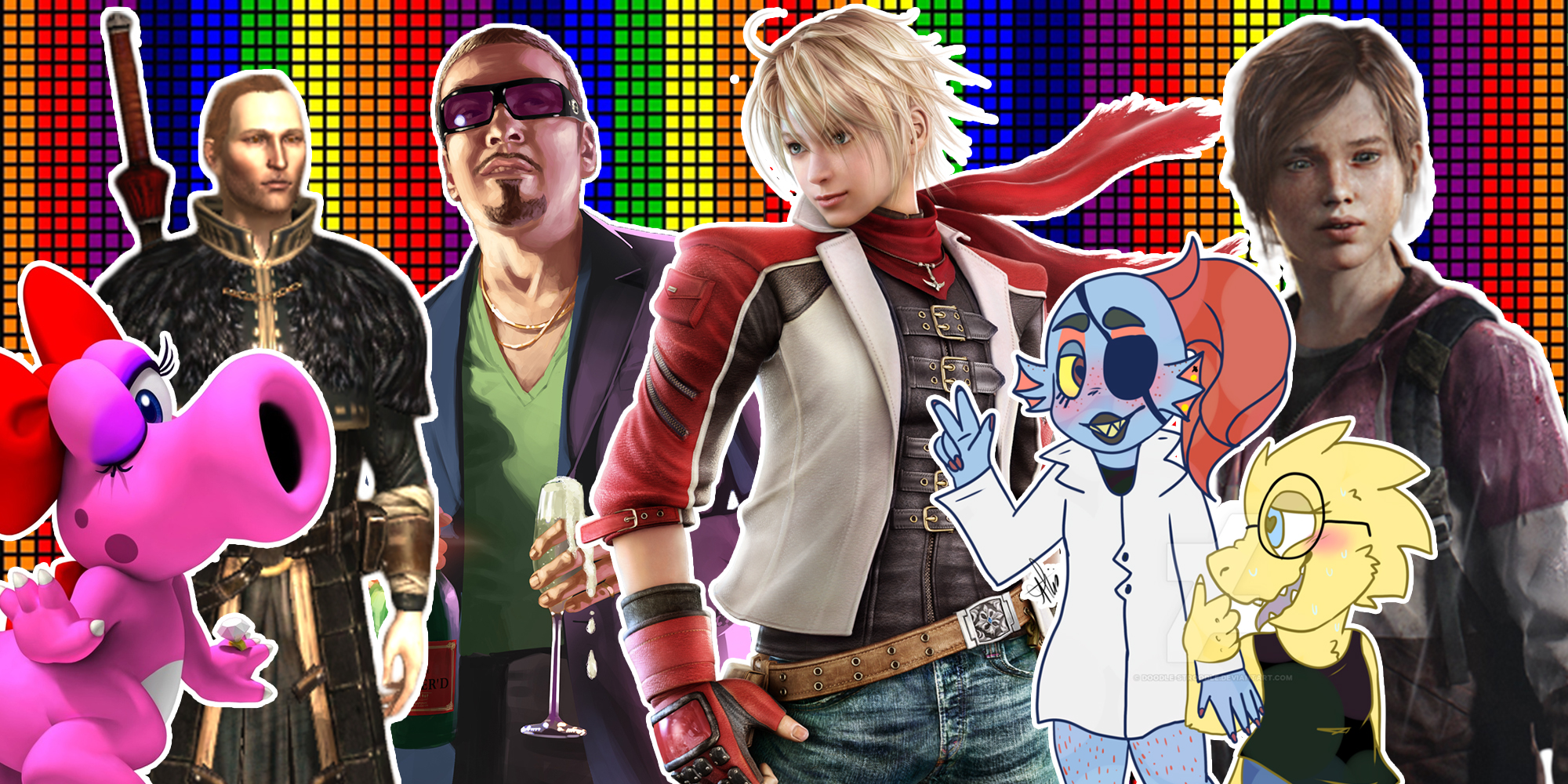