You Need to Know: Måns Zelmerlöw

The annual kitsch-fest that is Eurovision just ended. Most of the United States does not watch, or is even aware of, this pan-European singing competition, which has existed since the ‘60s. In trying to explain it to those who don’t know, I usually call it the older, drunk-uncle version of American Idol, where European nations send their best and/or their most outrageous to compete for the chance to win nothing except exposure and a cheap looking microphone-shaped trophy. Additionally, there’s something ridiculously tongue-in-cheek about the entire competition that for whatever reason does not translate across the Atlantic.

But in Europe, it is the most-viewed non-sporting event of the year. Adding to the drama, about half the countries take it seriously, while the other half either send bands past their prime (Katrina and the Waves, for the UK, in 1997) or artists that are almost purposely-designed to cause a stir (heavy metal band, Lordi, for Finland, in 2006). Because of (or perhaps, despite?) this, the contest has had a weak track record for churning out global superstars, with ABBA and Celine Dion being the notable exceptions that prove the rule.

Last year’s winner, Conchita Wurst, the bearded drag queen from Austria, is perhaps the best example of this, as her singing career pales in comparison to her role as an LGBT-advocate. But that could all change with this year’s winner, Sweden’s Måns Zelmerlöw. 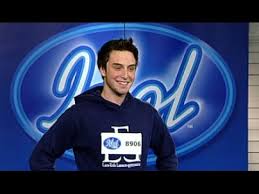 Zelmerlöw first came to the public’s attention on the 2005 season of Swedish Idol. He only finished fifth, and that could have been the end of his story (eventual winner of that season, Agnes Carlsson, had a modest career in Europe, and scored one dance hit, “Release Me“, in the States). But he appeared on and won Sweden’s Let’s Dance, a celebrity dancing competition, in 2006, that endeared him to a different demographic. Numerous hosting gigs and a role in the Swedish version of Grease helped make him a household name in his home country.

But Zelmerlöw had unfinished business with the world of reality-TV singing. He auditioned for Melodifestivalen, Sweden’s qualification for Eurovision, three times. He lost in 2007 and 2009, but the third time was the charm, and he finally won in 2015, with “Heroes”.

Heroes is not an innovative song: It sounds like the love child of David Guetta’s “Lovers on the Sun” and any of fellow-Swede, Avicii’s biggest hits. Furthermore, it’s not even the best “Heroes” song by a Swedish artist of the past year: That honor would go to the Alesso/Tove Lo track that became a dance hit at the end of 2014. But emboldened with an amazing special effects show (check out the neat fist-bump at 1:53!) and Zelmerlöw’s natural charisma, the song became a quick odds-on favorite to win Eurovision:

And win, it did: Zelmerlöw sailed through his semi-final round with decisive ease, and then stormed through the final with the third-highest point total (365) in the almost 60-year history of the show. It was a convincing and well-deserved win for Sweden.

But as past winners can tell you, winning Eurovision is not a one-way ticket to fame and fortune: Alexander Rybak won in 2009, for Norway, with the most points ever (387), but only had a short career that was mostly contained to Scandinavia. Indeed, most Eurovision celebrities are all but forgotten within a few years.

So what sets Zelmerlöw apart? For starters, he’s ridiculously good looking. It never hurts to look good in pop music, and Swedes are known for their beauty. Even a casual glance through his Instagram account will verify that Zelmerlöw is an adorable boy-next-door hottie. He even dated one of the girls from the A*Teens; had they stuck it out, their offspring would have been the most beautiful human beings, ever.

Zelmerlöw also has a natural knack for performance. Besides Eurovision, Swedish Idol, and Let’s Dance, he has a noted history of hosting and presenting Swedish television. One of his best hosting moments was at the 2014 QX Gay Gala, where he sang a Swedish version of The Village People’s “In the Navy” to mock Russia’s recent homophobic stance, as well as swinging naked on a makeshift wrecking ball, a la Miley Cyrus. A shrinking violet, Zelmerlöw is not!

But most importantly, Zelmerlöw is at a crucial point in his career. Having released three studio albums (and two Christmas albums) in his native Sweden, he is ready to branch out to an international market. There’s a hunger, a drive in him that can propel him to superstardom. Eurovision, for all its faults, has a huge viewing audience, and can act as the perfect launching pad to the next step in his career.

And if his past hits are any indication, he should do well, at least in Europe, and possibly in the Far East. Most of his early work sounds like an Enrique Iglesias song; this is not a coincidence, as Iglesias is a noted influence on Zelmerlöw. Zelmerlöw has even been said to look like the Spanish heart-throb, and he sang two of his songs during his stint on Swedish Idol. “Cara Mia” is the most obvious example of the “Iglesias Effect”: Released as his first single, in 2007, it sounds like the kind of Euro-produced dance-pop that Iglesias did so well at the turn of the millennium.

A huge hit in Sweden (four weeks at #1), it would’ve taken Europe by storm had his label released it across the continent. Indeed, Warner Music Sweden would be wise to re-release all of his albums right now in order to capitalize on Zelmerlöw’s heightened profile.

Sadly, none of his albums are available in the United States; “Heroes” is available on iTunes, as is his third single, “Miss America“. And trying to buy his albums as imports is frustrating: One used copy of his first album is selling for $65 on Amazon. But not surprisingly, Zelmerlöw has a new album, Perfectly Damaged, out on June 5th, with “Heroes” as the first single, and import copies should be easy to come by.

The timing obviously could not have been better, as Zelmerlöw is hot off his win at Eurovision. As such, the album has the potential to be a huge summer hit across Europe (also, it should be noted that he looks outrageously attractive on the album cover!). So find a way to get a copy, because Måns Zelmerlöw is about to become a big star. Eurovision, you picked a winner this time around!

'Don't Ask, Don't Tell,' a Dark Mark on America's Legacy, Was Signed Into Law 28 Years Ago
The Tragic Story of the Gay Couple in 'It' Was Based on the Fate of Charlie Howard
20 Obscure Christmas Songs That Don't Suck
Did You Know There’s a Sequel to the 'Rocky Horror Picture Show' Called 'Shock Treatment'?
English