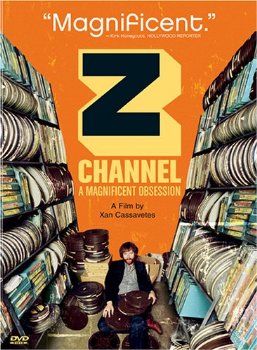 It only seems appropriate to start a list about obscure films and cinephilia with a this fascinating documentary by Xan Cassavetes (daughter of filmmaker John Cassavetes) about Z Channel and the rise of modern cinephilia.

Z Channel was a very early pay-cable channel in the Los Angeles area that showed the value of treating film like an art form, being a pioneer in showing letterboxed versions of films as well as director’s cuts. In fact, Z Channel’s creator, Jerry Harvey, is responsible for the idea of the “director’s cut” as a thing when he first screened the director’s cut of Sam Peckinpah’s The Wild Bunch to wide acclaim. Likewise, airing Michael Cimino’s directors cut of Heaven’s Gate on Z Channel changed the perception of that film from a notorious studio-bankrupting bomb to a modern epic.

It’s a must-see for anyone interested in film and television history.  There’s also a true crime element, as, unfortunately, the founder of Z Channel killed his wife and himself… but the real meat of the story is in Z Channel itself, and how it changed the media landscape for the better. 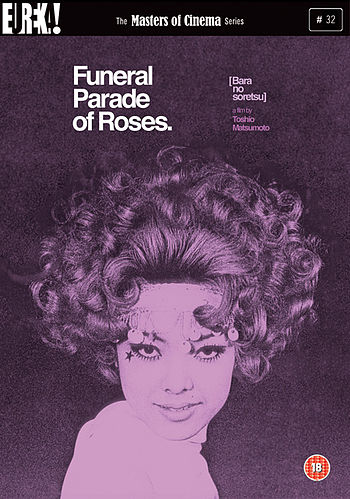 Funeral Parade of Roses is a retelling of Oedipus Rex set in Tokyo’s gay and trans bar scene of the 1960s — but it’s also so much more than that. Director Toshio Matsumoto, a member of the experimental film collection known as the Art Theatre Group, made Funeral Parade of Roses as a combination of narrative film, documentary, collage, psychedelia, fumetti and, well, just about anything else you can think of.

The traditional Oedipus story is interwoven with interviews with the actors, plus real people in the scene. Funeral Parade of Roses is as much a snapshot of a certain scene at a certain time as it is a movie.

This film is only available via import or bootleg in the US, but the British label, Masters of Cinema (sort of a UK Criterion Collection) has put out a lovely DVD of it, and if you’re flush with cash, there’s a Japanese import box set of all four of Matsumoto’s features, all but one with English subtitles. There’s also a companion box featuring all of Matsumoto’s shorts, but it’s out of print and hard to find. Luckily, UbuWeb has posted all of them. 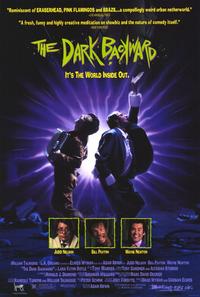 Adam Rifkin’s surreal and nightmarish comedy is about a terrible comedian who gains fame via his new third arm. In a review for the now-defunct DVD in my Pants site, reviewer John H. Felix said this film dares you to like it, and it’s as perfect a description of this film’s tone as you’re liable to find.

It’s not for everybody. Hell, it’s not even for MOST. Judd Nelson plays the initially unsuccessful comedian, he’s surrounded by half-interested friends, and the entire surreal plot stretches incredulity to its breaking point. But if you think it might be for you, definitely seek it out, particularly the feature-packed DVD, which can often be found relatively cheaply on Amazon. 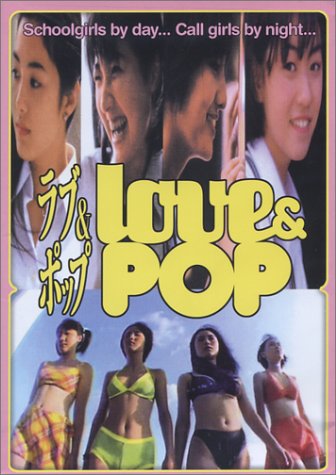 This is Hideaki Anno’s (Neon Genesis Evangelion; His & Hers Circumstances) first live-action film, an adaptation of Topaz II by Ryu Murakami, a book I’ve not read. Fans of Anno’s anime work will see many of his visual trademarks (power lines; train tracks), and it’s clear Anno’s eye extends to photography.

To date, Anno has only made three live-action films (the others: Ritual, unreleased in the US, but available on import from Studio Ghibli’s live-action arm, and the live-action adaptation of Cutie Honey). This is my favorite, but all three are worth a look.

Save the Green Planet! 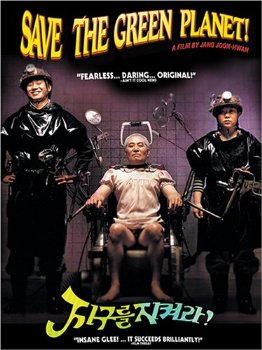 Save the Green Planet an outstanding genre film by Joon-Hwan Jang. The catch is that it’s just about EVERY genre. It’s sci-fi, horror, romance, comedy, tragedy, and a police prodcedural… all at the same time.

Any synopsis is going to be severely lacking, but here goes: The CEO of a large corporation is kidnapped and tortured by a man who believes said CEO is an alien sent to destroy Earth. Though the film does have some graphic violence, Jang usually telegraphs these scenes so you know when to look away if you’re a looking-away type of person.

Jang has only done one other feature-length film, Hwayi: A Monster Boy, which doesn’t have a US release date scheduled, but did have its North American premiere at the 2014 Fantasia Film Festival in Quebec — and an import DVD is available via Amazon.  I’ve not seen that one yet but Save the Green Planet! makes it clear that anything Jang makes must be seen — and Film School Rejects calls Hwayi “a rare example… of a nearly-perfect genre film”… so basically, I can’t wait to see it. 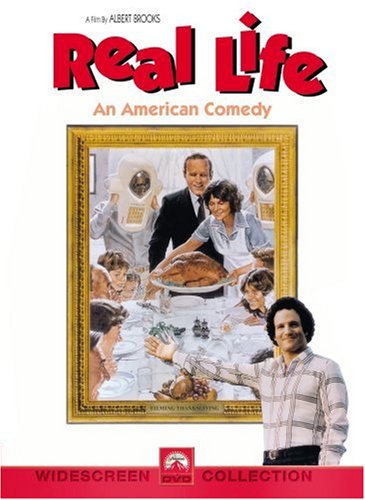 In a dark illustration of the Heisenberg principle which states that nothing can be observed without changing it, the filming ends up destroying their lives.

If you liked this trailer, you’ve gotta see Real Life.  In the meantime, you might just search for Albert Brooks on YouTube and look at his past TV work.  I particularly like this bit. 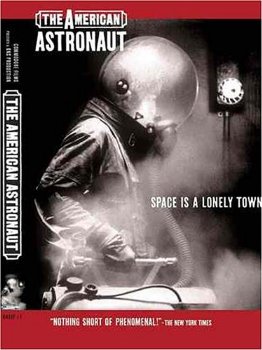 Of the films on this list, this one is probably the one I’ve seen the most  (Funeral Parade of Roses might be close though). It’s one I don’t really get sick of.

The first feature from Cory McAbee (from the band the Billy Nayer Show and his new project, Captain Ahab’s Motorcycle Club), The American Astronaut is a musical space-western. It’s a simple chain-of-trades plot, but when the trades include such things as the remains of the only man on Venus, an Actual, Real-Life Girl (actually a fetus in a funk-playing suitcase), and the Boy Who Actually Saw A Woman’s Breast, it’s a bit more interesting that than one episode of M*A*S*H where Hawkeye wants some longjohns.

The music is outstanding, as is the art design (also by McAbee, a phenomenal artist) — it’s a fun film from start to finish.  And you haven’t even wished me a happy birthday. 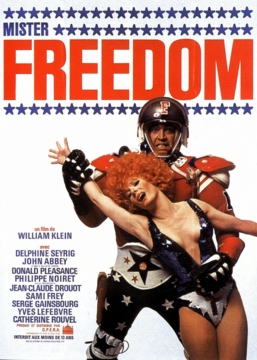 When I first saw this film, it was only available on an obscure French DVD, but thankfully, Mister Freedom has been released by Criterion’s Eclipse label, so it’s much easier to find. They package it with the brilliant photographer/director William Klein’s two other fiction films.  Those films are a bit more refined and less… messy. One might say they’re better.  I don’t know. But I do know that it’s Mister Freedom that’s the one that made me fall in love with Klein’s work.

Mister Freedom is an over-the-top satire of Vietnam-era American foreign policy that, oddly enough, hasn’t become that outdated. Mister Freedom himself is a huge superhero built like a football player (and, of course, I mean AMERICAN football). He’s sent to lumber around France, protecting it from evil Communist influence and generally making things worse along the way.

Klein was originally a fashion photographer before he became a filmmaker, and like all his work, the film is absolutely beautiful to watch. It’s a mess, but it’s a glorious mess. That’s kinda the point. 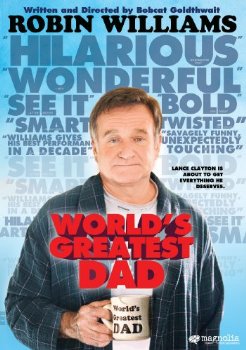 I’ve seen most of Bobcat Goldthwait’s films (I still need to see Willow Creek), and Goldthwait is one of the most underrated writers and directors working today.  Honestly: Could anyone else make a film like Sleeping Dogs Lie, featuring a woman who has had sex with a dog as its emotional core, and have it be such an outstanding, tasteful film about relationships? And seriously, Shakes The Clown isn’t called the Citizen Kane of alcoholic clown movies for nothing.

World’s Greatest Dad, however, might be Goldthwait’s finest film so far, starring Robin Williams in one of his best roles as a father who discovers his terrible son’s body after a failed attempt at auto-erotic asphyxiation. To cover the shame, he poses as the son to write a suicide note that ends up being published in the newspaper. World’s Greatest Dad is a tragic, beautiful film that finds the humor in the horrible, while treating all its characters with the respect they deserve.  This is a film I cannot recommend enough. 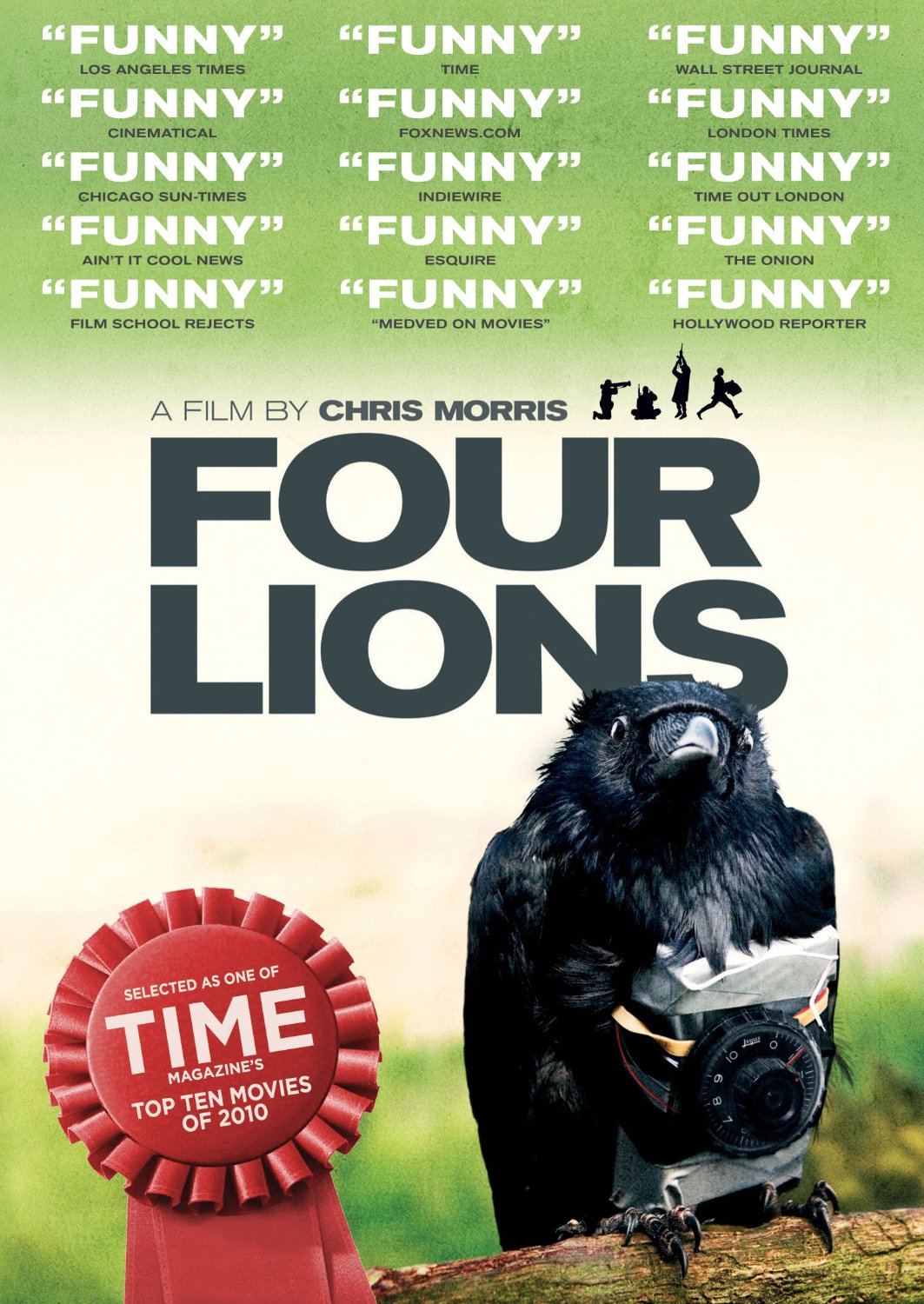 The list closes out with Chris Morris’ only feature film to date (but hopefully not his last one).  Like World’s Greatest Dad, it has a shocking log-line — it’s a comedy about terrorists! — that fulfills the promise that it’s not going to be pointlessly “edgy” posturing.

Those familiar with Chris Morris’ work – the brilliant TV series Brass Eye and Jam in particular – already know Morris isn’t interested in taboo topics if he doesn’t have anything intelligent to say about them.  Four Lions is a delicate balancing act, but ultimately a film that humanises terrorists while, at the same time, mocking the decisions they’ve made.

It’s a hilarious movie that also ends up being equal parts frightening and moving.  It’s the only piece of Chris Morris’ oeuvre that’s available domestically in the US — but thanks to places like Scarecrow Video, the largest video store in the world (and a newly-minted non-profit), it’s pretty easy to see the rest of his (brilliant, brilliant) work.

Matt Keeley fancies himself a reporter who thinks too much about media.  More of his ramblings can be found at Kittysneezes.com and on Twitter @kittysneezes.

Lil Nas X Is Officially Part of the MCU (And He Survived 'The Snap!')
Real Estate Entrepreneur and Family Man Harma Hartouni Shares 'What Pride Means to Me'
Examining the History and Development of the Worst Trope Ever, 'Bury Your Gays'
This Reverend's Reasoning for Excluding Gays From St. Patrick's Day May Make Your Nipples Hard
English