28 Trans People Have Been Murdered in America in 2021

Written by Zeynep Sasmazel on April 12, 2021
Be first to like this.

Forty-five trans people were murdered in the United States in 2020, making it one of the most deadly years on record for trans lives. And heartbreakingly, many cases of anti-trans violence have already been reported this year, putting 2021 on track to pass even last year’s record number.

We remember these victims of anti-trans violence below.

A 25-year-old taxi driver and LGBTQ+ activist, Dustin was shot and killed in the early hours of New Year’s Day. The first known victim of anti-trans violence in 2021, he “was a steadfast friend, an amazing husband and father and generous to a fault.”

On Jan. 6, Tyianna was shot in the head while on an early morning walk with a friend. She was 28 years old, and described by friends as “a beautiful light.” One friend said, “I loved everything about her.”

Samuel was shot to death on Jan. 9 in Trujillo Alto, Puerto Rico. Prosecutors in Puerto Rico rarely apply the hate crime law that includes sexual orientation and gender identity. On Jan. 1, Samuel posted on Facebook, “A new year to come, grateful for all the experiences who [taught] me how strong we really are, to life, to good and bad, and for all justice that is forth to come.”

Bianca was only 30 years old when she was shot to death in her apartment in Atlanta, Georgia. She was a former foster child and working on rebuilding her life; she loved blueberry muffins and dreamed of competing on RuPaul’s Drag Race one day.

Dominique was also 30, shot and killed in her car on Jan. 25 in Jackson, Mississippi. She had been missing for three days. Dominique was known as a “beacon in her community,” a vibrant part of that community and a mother, sister and leader.

On Jan. 28, Fifty was shot to death by her former partner during an argument. She was 21 years old. Her family and loved ones released balloons in her honor on Feb 1.

A 45-year-old hair stylist, Alexus was found dead in her Miami apartment on Feb. 4. A recent post on one of her social media pages read, “They can’t stop my shine.”

Chyna was a beloved nursing home worker who had recently moved to New Wilmington, Pennsylvania, to start a new life. A friend and former coworker had this to say: “Whenever I was around Chyna and I knew I was working with her, it just felt like my world would light up.” She would have turned 25 in March 2021.

JJ was 16. He was shot and killed by his mother, who also shot and killed JJ’s 22-year-old sibling, Jasmine. Both JJ and Jasmine were involved in a local youth organization giving support to LGBTQ community members, PRISM. In a Facebook statement, the group wrote, “JJ was a beautiful person with the biggest and brightest smile. We will miss your laugh. We will miss your jokes. You will never be forgotten. Fly high, JJ.” 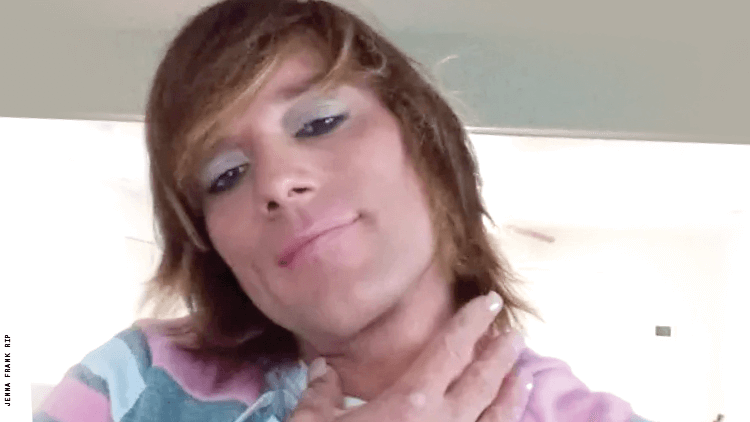 On Feb. 24, 34-year-old Jenna Franks was found dead in in Jacksonville, North Carolina. She was homeless and “loved by many people in Jacksonville.” The Human Rights Campaign in a press release noted that homelessness is high in trans communities, which is a risk that can often lead to anti-trans violence. 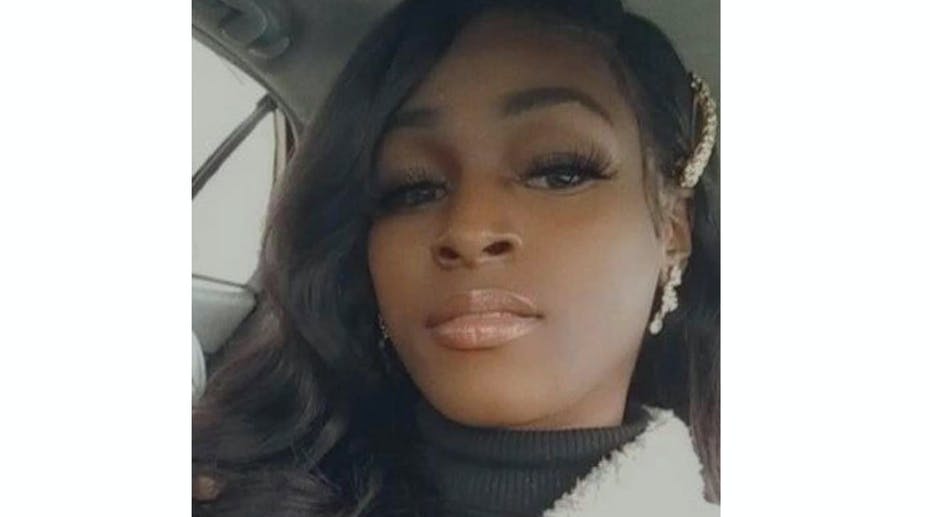 Diamond was shot and killed in Cincinnati, Ohio, a victim of a robbery on March 3. She was 23 years old, and loved fashion and traveling. Her obituary states, “She was known to say, ‘I have to be cute, honey!’”

Rayanna was killed in Los Angeles on March 17 while trying to flee people who were following and harassing her. Trans Latin@ Coalition President Bamby Salcedo described her as “a beautiful young person who just wanted to live her life and be herself.” She was 26 years old.

Jaida was a beloved member of her family, friends and community. She was killed on April 4 in Charlotte, N.C., and she was only 29 years old. Her sister wrote on social media, “You are going to be truly missed, and once again we love you always.”

Dominique was 26 years old. She was shot and killed in Springfield, Missouri, on April 8. Dominique loved the TV show Empire and was described by friends as fierce and glam. The GLO Center, a Springfield LGBTQ+ community center, wrote in a Facebook post, “Trans women, particularly trans women of color, are disproportionately victims of violent crime. This murder and the other senseless slaying of trans folks must be contextualized within the anti-trans rhetoric and actions taken by too many. It is 2021 and we must understand that trans rights are human rights. Rest In Peace, Dominique Lucious.”

Described by her family as “vibrant,” Remy was a hair stylist and business owner. She was only in her 20s, and shot to death in Charlotte, North Carolina, on April 15. Sadly, Remy’s death is the second death of a Black trans woman in this area within two weeks.

Tiara was 24 years old, and killed in Chicago, Illinois, on April 21. She is the third Black trans woman killed in Chicago in four months. Not much is known about Tiara’s personal life, but her community mourns her loss.

Natalia was stabbed to death in Milpitas, California, on April 21. She was a Black and Puerto Rican drag legend and trans activist who was beloved in her community. Her sister described her as “the strongest, most beautiful, and courageous person.”

Iris was 22 years old when she was killed in Houston, Texas on April 23rd. She was sitting outside of a restaurant at a picnic table. Not much is known about Iris’s personal life, but her family has requested the help of their community to help identify the person responsible.

Tiffany was shot to death on April 24th in Dallas, Texas. She was 38 years old. Her friends and family described her as someone who was funny, “stayed laughing,” and with a “big heart.”

At 42, she was an activist and a legend in the Boston ballroom scene, stabbed to death on May 2 in her home in the city’s Dorchester neighborhood. A house guest whose husband has been charged for the murder was also killed in the attack. A friend has said about Jahaira, “She was a mother to so many that didn’t have parents. I think that she took the most pride in her role as a grandmother and a mother, a chosen family for many individuals in the LGBTQ community.”

Keri Washington, 49, was found dead on May 1 behind an apartment building in Clearwater, Florida, after which many local media outlets misgendered her. Not a lot of details of Keri’s death are known, though police have identified a suspect. Friends have been paying tribute to Keri on social media, with several saying she went by the nickname “Bobo.”

Sophie was shot and killed in Brookhaven, Georgia, on May 4th in her apartment. She was a part of the EsTr (El / La) Community, which works to support transgender people in the Atlanta area. She was 36 years old, and described as “the kindest person on the planet” by friends.

Danika was only 31 years old when she was shot in her home in Baltimore, Maryland. According to friends and family, Danny, who also went by Pryynce Daniel and Niia Da Don, had just begun transitioning. One friends described Danny as “the embodiment of love,” and another remarked on Danny’s goodness and sweetness. Danny may also have identified as genderfluid.

Serenity was killed on May 8th in Albany, Georgia. She was only 24 years old. One of Serenity’s sisters, Shannen Osberry, believes that this act of violence was either a hate crime or an act of revenge. Serenity’s mother, Robyn Osberry, said that she “absolutely [wants] to see that justice is served.”

Oliver was kidnapped and shot on May 12 in Gervais, Oregon; he died on May 19th. Ollie was a 17 year old high school student, and was described as “an amazing child with a quirky sense of humour” by his family.

Thomas Hardin, who was only 35 years old, was killed in York, South Carolina. Thomas’s loved ones say that Thomas used both he/him and she/her pronouns, and was lovingly known as a “wisecracker.”

Poe Black was just 21 years old when he was stabbed to death in Niland, California. According to his friends, Poe was also a member of the Wyandot Nation and active in Indigenous, LGBTQ+, and Black Lives Matter activism. He loved to paint and draw, and was a talented artist.

In the words of Tori Cooper, HRC Director of Community Engagement for the Transgender Justice Initiative, “The rate of violence against Black transgender women so far this year is devastating. … We must speak up and speak out. While we continue to affirm that Black Trans Lives Matter, everyone must take action to end the violence against our community.”

Our hearts go out to the families and loved ones of these individuals, and we will continue to push back against anti-trans violence.