Written by Daniel Villarreal on July 6, 2018
Be first to like this.

The Austin, Texas police force are under scrutiny following a violent arrest of a young man and woman in front of the Rain nightclub. Video of the violent Austin gay bar arrest has since gone viral as police investigate the officer’s use of force in the video. We interviewed Mark Edwards, the 53-year-old man who took video of the incident to ask him more.

Edwards had been drinking at Rain with his softball teammates early Wednesday morning. When he left at 1:30 a.m., he saw a police officer tackle a man onto the sidewalk, and so Edwards started recording with his phone.

“The officer slammed that guy down, maybe two or three feet in front of me,” Edwards says.

Edwards’ Austin gay bar arrest video shows an Austin police officer sitting astride a shirtless man laying on the sidewalk, repeatedly punching him in the face as a woman repeatedly screams “Stop! Stop it!” When he resumes punching the man and she tries to intervene, he points a finger at her and yells, “You need to back the fuck up or you’re gonna go to jail!”

After they flip over and handcuff the man. The arresting officer then rushes towards the screaming woman, pushing her and her friend against a nearby car and then wrenching her arm behind her and he pulls her down onto the pavement and begins handcuffing her as she cries and says, “Owww!” And repeatedly says, “I didn’t do anything.”

The Austin American-Statesman reports that the arrestee in the Austin gay bar arrest video is a 23-year-old named Justin Grant who was “arrested after threatening staff at the Rain nightclub early Wednesday and charged with drug possession, resisting arrest and making a terroristic threat.”

“Officers were called to a nightclub on 6th Street about a man with a knife. An employee told officers than Justin Grant was denied entry to the club. After being denied entry, Grant allegedly grabbed an employee, pulled the employee close to Grant, and motioned towards a fixed-blade knife attached to Grant’s belt. Grant allegedly threatened the employee, telling him, “Let me into the bar, or something bad will happen.’”

Edwards adds that while he acknowledges that the video looks bad, from his point of view it seemed as if both the man and the screaming woman were heavily intoxicated. He also said that the screaming woman had actually pushed the cop off once before he started recording, causing the officer to lose balance while trying to restrain Grant.

Here is Edwards’ video of the Austin gay bar arrest:

Police say that Grant reached for his six-inch knife in his waistband as well as the officer’s taser during his arrest. All of this occurred before Edwards video begins.

In a press conference, Austin Police Chief Brian Manley said, “There was a lot that happened prior to the part that has been displayed in public right now. I understand the community’s concern with the video as it was posted. I don’t think it was readily known that the suspect at that time was in possession of a deadly weapon.”

He added that punching is allowed when a person is armed with a deadly weapon. While the punching in the Austin gay bar arrest video occurs after Grant is already upon the ground, held down by two restraining officers, the Austin Police Association said that because Grant’s knife was attached to the front of his belt, officers repeatedly punched him when his hand got free to keep him from grabbing his knife.

Here is another video of the Austin gay bar arrest:

So last night I was out with some friends in Austin and witnessed police brutality first hand for the first time. It’s a…

Manley hasn’t released the names of the officers involved in the Austin gay bar arrest. He said one officer’s body camera was knocked off during the arrest and the other’s stopped working during the incident. He also said the arresting officers haven’t been disciplined.

The woman in the video was 23-year-old Alexandria Michelle Green. She was later charged with interfering with public duties and resisting arrest, police say.

What do you think of the videos of the Austin gay bar arrest? 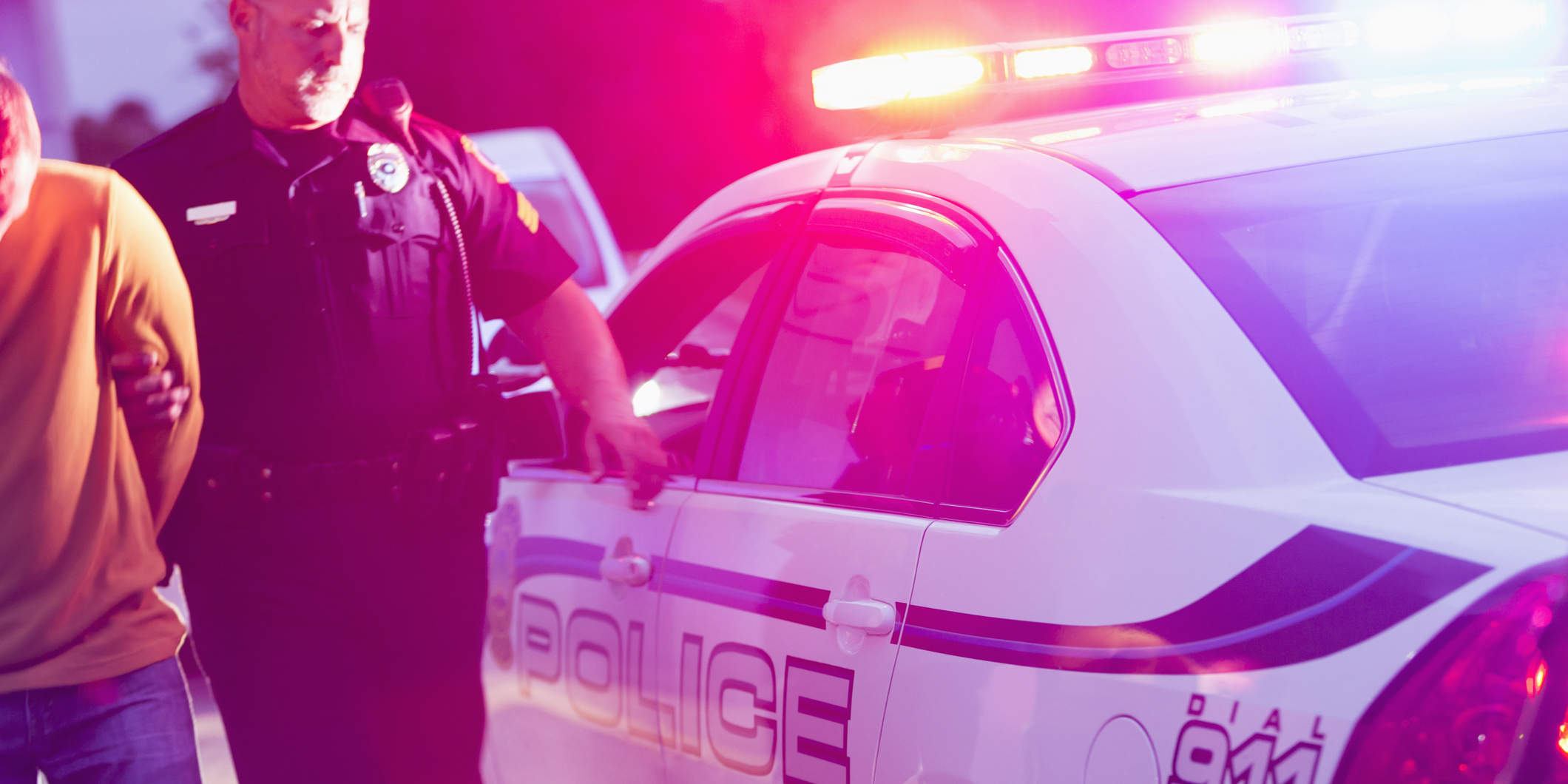 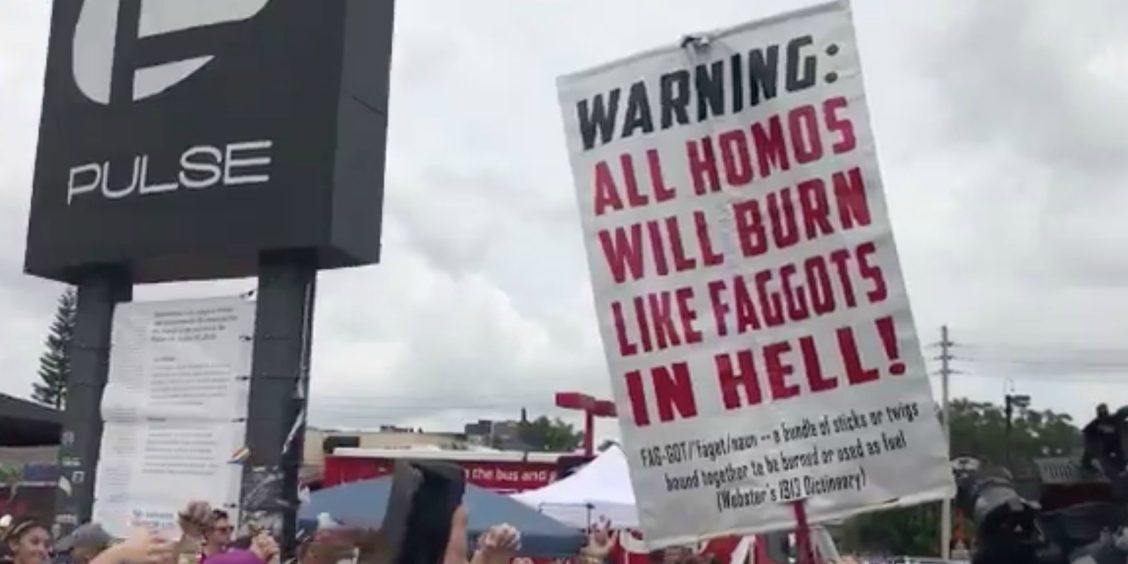 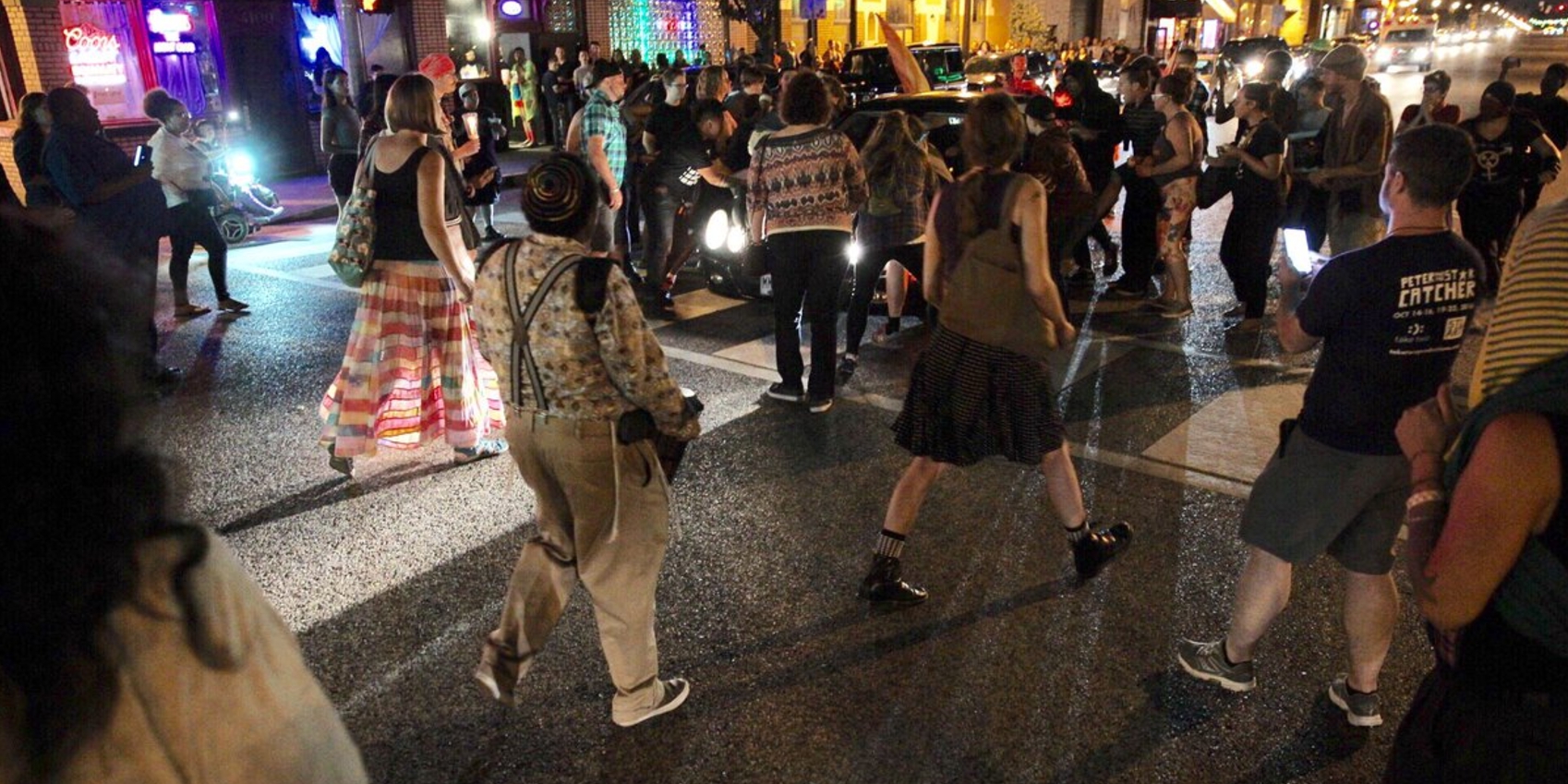