Starting Today, the Island Nation of Brunei Will Put Gay People to Death

Written by Stephan Horbelt on April 3, 2019
Be first to like this.

Homosexuality has long been illegal in Brunei, the world’s fifth richest country, an Islamic nation sharing the island of Borneo with Malaysia and Indonesia. But starting today, April 3, Brunei has officially enacted new laws in adherence with Sharia law that make gay sex — among other offenses, including adultery and apostasy — punishable by death. And this has happened despite an international outcry against the Brunei laws by governments, human rights groups and celebrities.

At the center of this human rights debacle is the Sultan of Brunei, Hassanal Bolkiah, absolute monarch of the nation and one of the world’s richest men. These new Brunei laws are not the product of public demand. Instead they’re the result of a leader in the midst of a power struggle: With his oil-dependent country affected by a years-long recession, the sultan is attempting to proactively build support among Brunei’s conservatives.

Hassanal Bolkiah, the Sultan of Brunei

“[These new Brunei laws are] not a product of pressure from conservative Islamist groups. This is a direct, top-down creation. It is something the sultan has pushed extremely hard for over decades,” says Tim Lindsey, a specialist on Southeast Asian Sharia law at Australia’s Melbourne University. “His political legitimacy relies to a great extent on his displaying Islamic credentials.”

The law in question imposes the death penalty for gay sex. Men who engage in same-sex relationships, regardless of age, will be buried up to their necks and stoned to death. As is common with Sharia provisions, a guilty verdict typically requires eyewitness testimony by two to four individuals. Of course, even if that burden of proof isn’t reached, much less is required to sentence a gay man to 10 years in jail for homosexuality. Then there’s the fact that these men are guaranteed exile, by their families and by greater society.

In contrast, women found guilty of lesbian sex will be whipped. And while some Sharia punishments can only be handed down when both actors are Muslims — punishment under these Brunei laws for lesbian sex, for instance, applies only if one or both women are Muslim — the punishment for gay sex applies to all, regardless of faith or whether the culprit .

As Hornet reported last week, these new Brunei laws punishing gay sex with death have been a long time coming. It was 2013 when this harsh, inhumane penalty for gay men was initially announced, intended to be implemented the following year. But it sparked such a backlash among the international community — particularly among Hollywood, as two famed L.A. hotels, The Beverly Hills Hotel and Hotel Bel-Air, are owned by the sultan and were the result of boycotts — that its implementation was delayed.

But what was delayed has now been fast-tracked, and these new Brunei laws have officially gone into effect today, personally approved by the Sultan of Brunei.

In the past week, there’s been much global censure of these Brunei laws. Australia, the United Kingdom, France and Germany have all voiced objections and pleaded with Brunei to abandon implementation of the laws. Michelle Bachelet, United Nations’ top rights official, called the Brunei laws “cruel, inhuman and degrading” and said their enactment “would mark a serious setback for human rights protections for the people of Brunei if implemented.”

Istana Nurul Iman, residence of the Sultan of Brunei

American actor George Clooney took a hardline stance against the Brunei laws and the Sultan of Brunei’s business holdings last week, writing not one but two op/eds encouraging a boycott. “It is also true that the Sultan won’t be terribly hurt by a boycott, but the scores of companies he funnels money through will distance themselves. That’s what a boycott does,” Clooney wrote. “You can’t make the bad guys be good, but you can stop the good guys from being complicit.”

Surprising to some (and unsurprising to others), despite politicians as diverse as former Vice President Joe Biden and Texas Sen. Ted Cruz voicing their outrage to the Brunei laws publicly, the current U.S. administration’s response has been pitiful.

The U.S. State Department said it was “concerned” about the decision to implement these new Brunei laws while refusing to condemn them. “We have encouraged Brunei to ratify and implement the United Nations Convention Against Torture,” reads a State Department statement, released only after American outlet The Daily Beast repeatedly requested a comment. When asked by The Daily Beast whether U.S. Secretary of State Mike Pompeo or the State Department specifically objected to the violently anti-LGBT law, a spokesperson declined to address the question.

But even the rest of the Western world’s outrage and condemnation has only led the sultan and his government to double-down on the killing of gay people. Brunei’s official stance is that it’s an independent country and can do whatever it wants.

“[Brunei] is a sovereign Islamic and fully independent country and, like all other independent countries, enforces its own rule of laws,” says a statement from the sultan’s office. “[Brunei] has always been practising a dual legal system, one that is based on the Sharia law and the other on Common Law.”

That statement then calls the new Brunei laws necessary to maintain “peace and order,” and even says Sharia law “aims to educate, respect and protect the legitimate rights of all individuals, society or nationality of any faiths and race,” when clearly that’s not the case.

As can be expected, the LGBTQ community of Brunei is panicking. Some have left, seeking asylum, while others — presumably those without the resources to flee — have become prisoners of their own fear. The Daily Beast has spoken to Shah, a gay Bruneian currently seeking asylum in Vancouver:

My best friend and I spoke. He told me, he and other LGBT people are stopping talking to each other, because they are worried about people finding out about them. Another friend has had a partner of 10 years. They just decided not to see each other so much. They are afraid of being discovered. And they have been together for 10 years! This is what this law does; it makes gay people paranoid, nervous, mistrustful. A lot of gay people will try and isolate themselves from other people to be completely safe. I’m not sure how long it will go on for. A lot of people will see psychiatrists and psychologists.

It’s almost humorously ironic that all the press surrounding these barbaric new Brunei laws has come down at the same time the country is seeking a new strategy to boost inbound tourism. Last week it was announced that Royal Brunei Airlines would take over the country’s tourism promotion, marketing Brunei as a top Southeast Asian destination for travelers.

Murdering LGBTQ people within your borders may be a boon for drawing tourists from other conservative Islamic nations, but it’s not the best way to market a destination to the rest of the world. One can only hope the Brunei government’s gay hate is an insurmountable block to a healthy tourism economy — as it should be.

Do your part by lobbying your government and human rights organizations to speak out against these Brunei laws punishing gay sex and adultery with death. 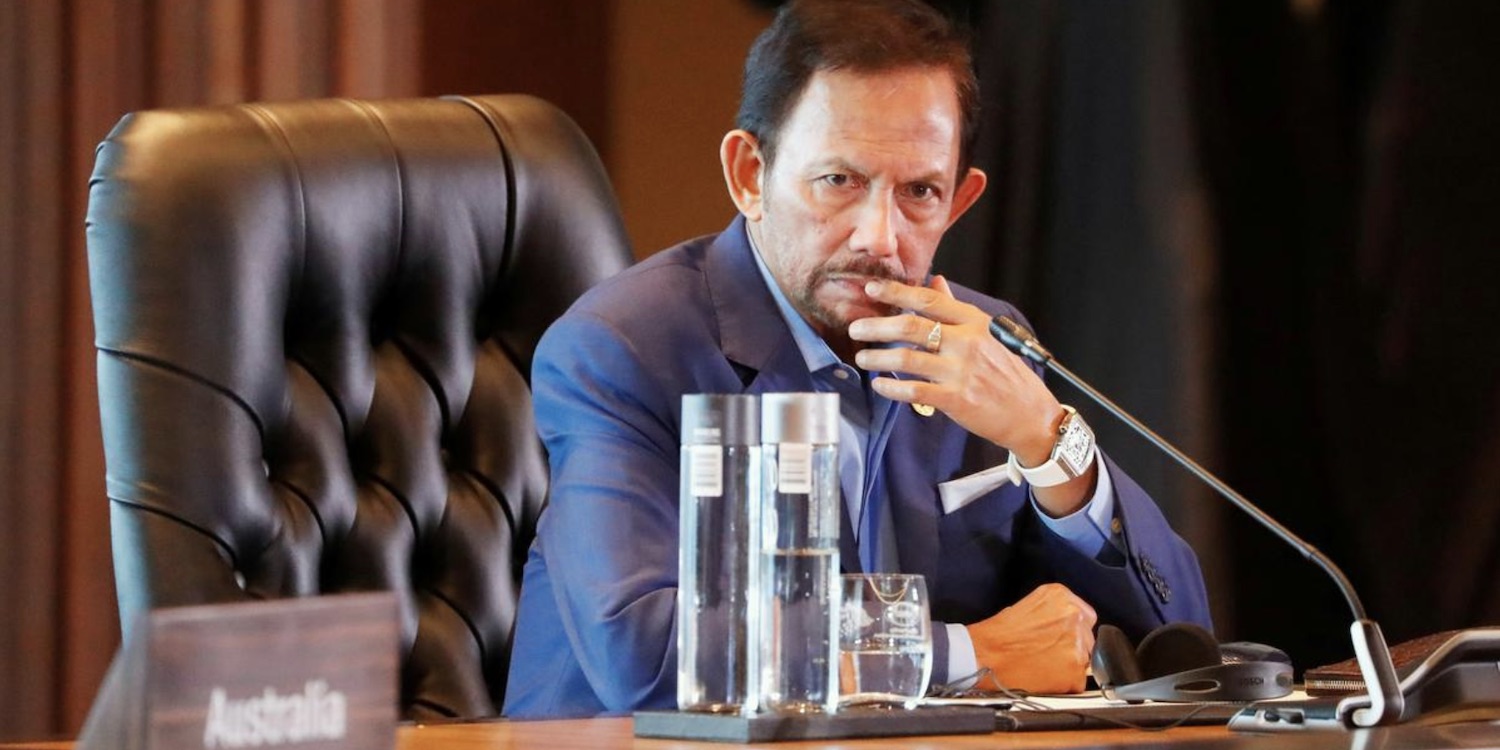 Breaking: The Sultan of Brunei Says It Won't Enforce Gay Death Penalty Due to Backlash 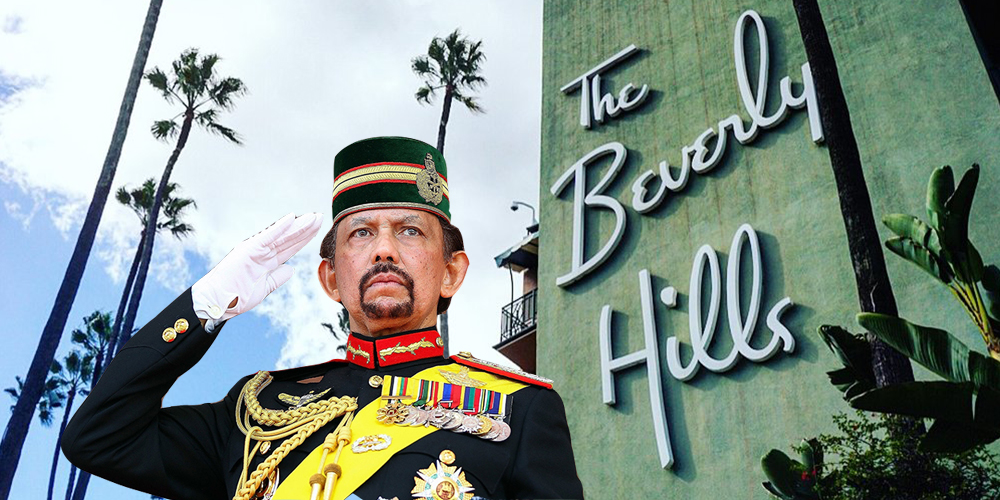 Five Years Ago, We Protested the Sultan of Brunei’s International Hotels. It’s Time to Do It Again.
English