Written by Stephan Horbelt on May 7, 2019
Be first to like this.

Hornet, the world’s most popular gay social network, has just released the Hornet Creator Playbook, a handy guide showing users how to make the most of the groundbreaking app. The playbook is the latest step to assist users in making meaningful connections with guys located around the world.

Unlike other gay apps on the market, Hornet is “feed-first” with a user experience centered around user-generated content. When Hornet users post photos or share articles, other users interact with those posts by liking and commenting, creating an environment allowing for more engaging and direct connection between users.

The Hornet Creator Playbook assists users in determining the type of content that should be posted on Hornet. It singles out the types of “Moments” (photo posts) that make for quality engagement and will help spark connections inside the app. 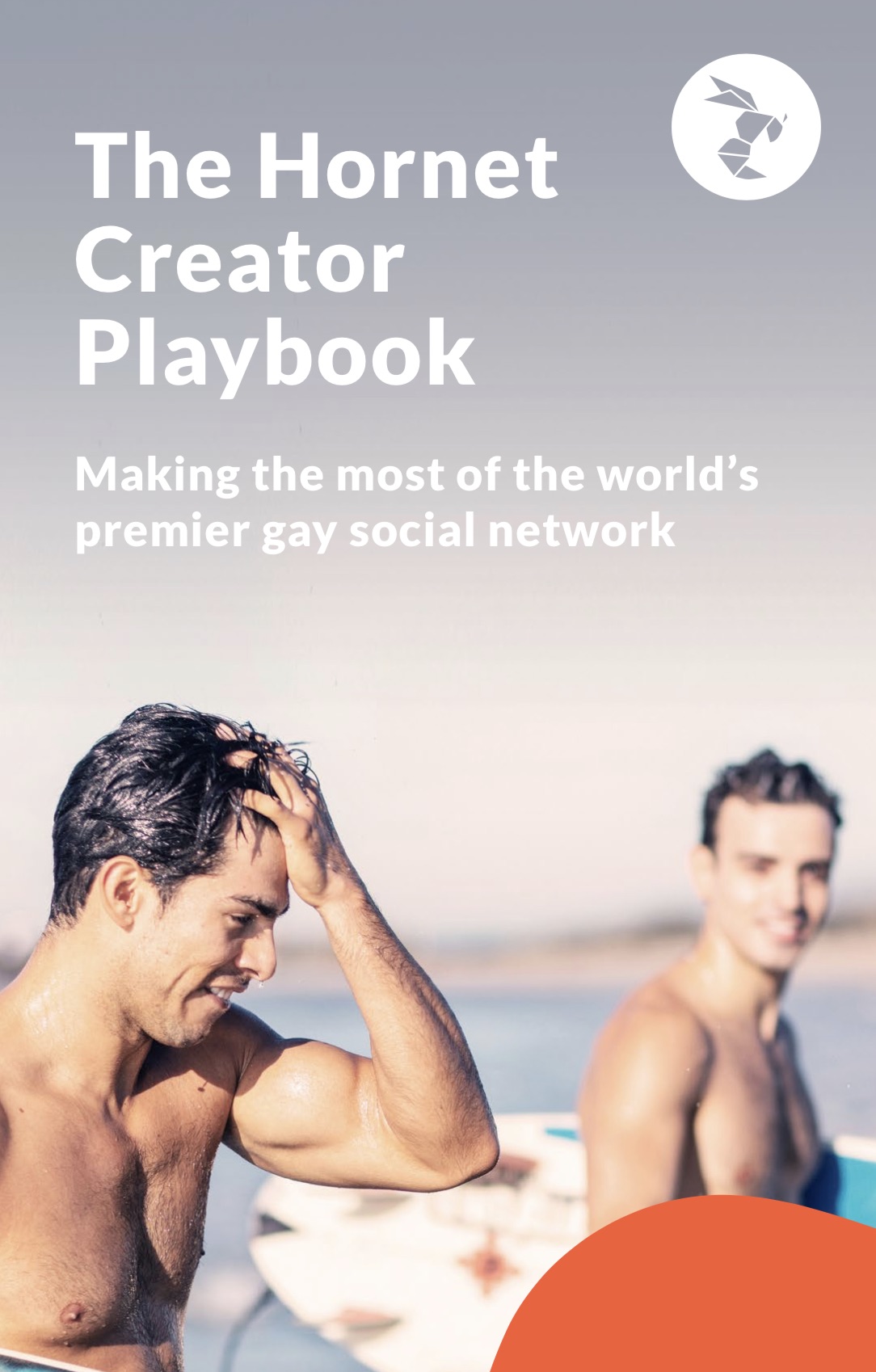 The Playbook singles out 10 considerations for creating the perfect Moment, each of which helps to ensure users’ post come off as authentic, original and spark engagement by others.

For longtime Hornet users looking to improve engagement with their followers — and for guys with large audiences on other social platforms who would like to build an audience on Hornet, too — the Playbook also lays out ways to build a substantial presence on Hornet.

Users who are particularly well-versed in the Hornet Creator Playbook, and whose posts embody the values of Hornet — including positivity, kindness, authenticity and local activism — can apply to participate in the Hornet Featured Guys program, perfect for Hornet “power users.”

Click here to check out the Hornet Creator Playbook, and start making the most of the world’s most popular gay social network today!

Founded in 2011, Hornet is the world’s premier gay social network. With over 25 million diverse users globally, the Hornet mission is to inspire and empower gay men to create a global, connected community that moves society forward. Whether chatting with guys nearby or getting ‘in the know’ about issues and topics important to the community, gay men are united through Hornet’s user-generated social content and original editorial content from its team of award-winning journalists. Powered by leading-edge technology, Hornet has become the number one gay app in markets like France, Russia, Brazil, Turkey, and Taiwan, and is rapidly expanding its sizable user base in the United States.

5 Benefits of Hornet Premium, Including More Users, More Photos and No Ads!
These Hornet Users Had Our Favorite Posts of the Past Week
Here’s Why Some People Are Calling Mister Rogers a Bisexual Icon
For Men Who Have Had ‘The Snip,’ Fake Foreskin Is Officially a Thing
English