It’s election season again! (Don’t get excited all at once.) Sure, elections are deeply important — particularly the midterms this year — but they’re not exactly what you’d call sexy. But no one told the Dutch Pirate Party that — their latest campaign poster features full-frontal male nudity, and we are so here for it.

The posters went up in Amsterdam, promoting Jelle de Graaf, leader of the Amsterdam branch of the party. They show a fully nude de Graaf holding a sign reading “nothing to hide.”

This isn’t de Graaf’s first election. In 2014, he became the first member of the Dutch Pirate Party to be elected to his city’s district committee.

What is the Dutch Pirate Party?

Pirate Parties have been popping up all over the world, but mostly in Europe. The first Pirate Party was founded in Sweden in 2006, as a response to overly restrictive copyright laws. Though there are Pirate Parties in many countries — including the United States — they’ve only seen success in a few countries, most notably Iceland and the Czech Republic.

The Dutch Pirate Party follows these principles as well, however they also want to change Dutch copyright law to make non-commercial use free. While they have run in elections since 2010, Jelle de Graaf is the only candidate to have won his seat. 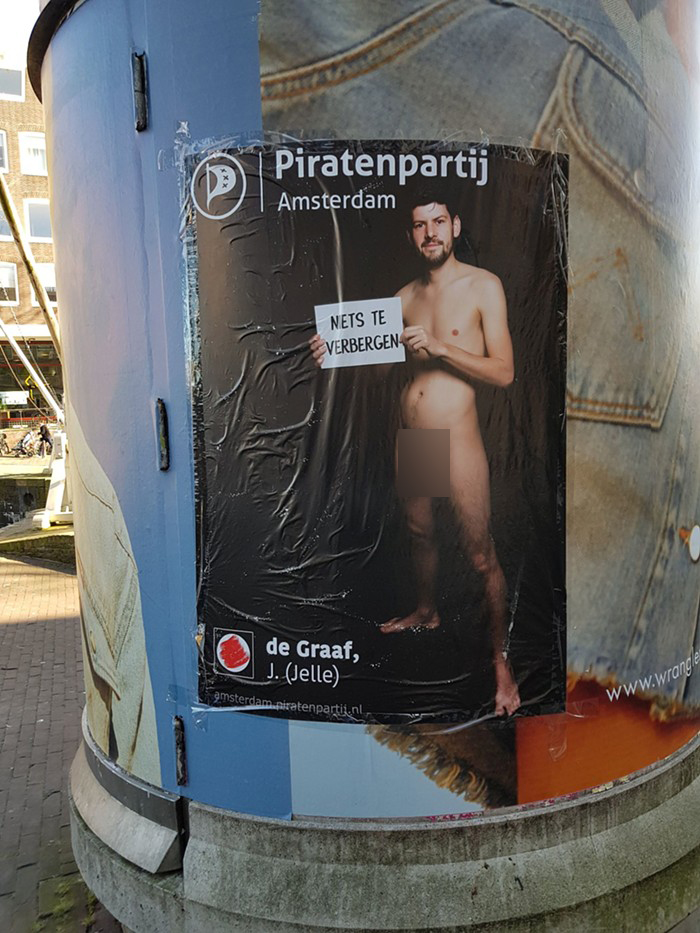 Would you vote for Jelle de Graaf or the Dutch Pirate Party based off this poster? What politician would you like to see go nude? Let us know in the comments!