Written by Daniel Villarreal on March 22, 2019
Be first to like this.

This look at Game of Thrones gay sex scenes contains minor spoilers for those who aren’t fully caught up on the show.

If you’re a devoted viewer of HBO’s violent fantasy series Game of Thrones, then you might have enjoyed the sex scene between Jon Snow and Daenerys Targaryen during the Season 7 finale. Fans rejoiced at their coupling for one of three reasons: Because it brought together two of the show’s most powerful (and just) rulers; because Kit Harington (the actor who plays Snow) has a nice butt; or because Snow and Targaryen have a whole unwitting incest thing going on.

Whatever your flavor, heterosexuals get most of the love in Westeros, but Game of Thrones gay sex scenes have made it one of the most inclusive shows on television. They depict gay, lesbian and bisexual couplings as integral to the story rather than just using them for titillation.

So here we’ve collected five of the best Game of Thrones gay sex scenes and provided context about their larger stories. Be aware, however, some of these scenes are (unfortunately) much more demure than their hetero sex scene counterparts.

Check out our 5 favorite Game of Thrones gay sex scenes below:

Near the very beginning of the show, Daenerys is married to Khal Drogo, a ruler of the ravaging Dothraki, a race of nomadic horse-mounted warriors. Daenerys is unsure how to please her new husband, so she asks her handmaiden Doreah to teach her some skills. Although the two don’t get naked, kiss or really anything else, their scene together is filled with same-sex tension. You get the feeling that Daenerys totally would have kissed Doreah (or more) if Doreah had tried.

Daenerys’ husband ends up murdered by a seemingly innocent witch, but Daenerys goes on to become Mother of Dragons and conquer several other male lovers on her long, difficult path to become the ruler of Westeros. Sadly, we never see her pair with a woman, but who knows — perhaps if the right one came along, she’d use what Doreah taught her.

2. Ros (with Baelish) schools the new girl at the brothel (Season 1, Episode 7)

It’s not easy running a brothel (we assume): You have to keep it tidy, advertise your services and train new sex workers. Just ask Petyr “Littlefinger” Baelish. He runs one of the most popular brothels in King’s Landing (or at least he used to before going north and getting his throat cut by the Stark sisters). Baelish knows what the customers (and viewers) want, and it doesn’t involve a lot of chit chat or noisemaking.

Did we mention that this scene above is the reason viewers came up with the word “sexposition”? It’s a term for when lots of story information gets conveyed during a sex scene. We were so busy watching the action that we ignored most of what Baelish said.

Baelish’s brothel becomes a place where lots of intrigue and drama happen. Royal guests, spies (like Ros) and guards drop by from time to time. A few murderers and religious fanatics also make a visit throughout the series.

The show’s gay male viewers loved seeing Ser Loras Tyrell and his semi-secret lover King Renly Baratheon. Loras was a dueling knight and heir to the throne of Highgarden, and Renly was one of the many men battling to sit upon the Iron Throne. The two shared an intimate moment early in Season 2 when Loras helped Renly shave, but the two got to kissing, groping and undressing in the scene above.

Sadly, the scene stops prematurely as Loras reminds Renly that, as king, he should really be impregnating his new queen, Loras’ sister Margaery Tyrell. Luckily, Margaery is pretty hip — she realizes that Renly is gay for her brother and even offers Renly an incestuous threeway just to get a baby in her belly.

Sadly for all of them, Renly eventually ends up getting stabbed through the heart by a shadow demon, and Loras and Margaery end up imprisoned and blown to bits several seasons later.

When Oberyn and his wife Ellaria come to King’s Landing, they waste little time before sampling the local delicacies. This includes Olyvar, the new brothel manager while Lord Baelish travels north. When Oberyn first propositions him, Olyvar says he’s not on the menu. But after Oberyn tries again, Olyvar admits that he’s just “wildly expensive.”

Although he later has his head smashed in a deadly trial by combat with The Mountain, his wife goes on to share a steamy same-sex kiss with the bisexual sea captain Yara Greyjoy just before being captured and tortured to death in the dungeons of King’s Landing. Life is brutal in Westeros — you’ve got to enjoy it while you can.

This last scene isn’t so much a sex scene as an after-sex scene. In it, Loras and Olyvar chit-chat for a bit before making out. Then Margaery interrupts the two before dismissing Olyvar and discussing her and her brother’s unfortunate wedding plans.

At this point in the show, Margaery has married Tommen Baratheon — the young, kind-spirited and impressionable son of the cunning and cold Cersei Lannister. Margaery is stuck with Cersei as her wicked mother-in-law unless her brother Loras marries and transports Cersei back to his home kingdom of Highgarden. That is, unless Margaery can figure out how to have Cersei sent elsewhere.

Unfortunately for Margaery and Loras, Olyvar is also Cersei’s spy, and he later testifies against them both in a trial for sodomy and perjury in front of the High Sparrow, the local ruler of a militant religious sect known as the Sparrows. So let this be a lesson to us all — choose your sexual partners very carefully!

This story was originally published on August 29, 2017. 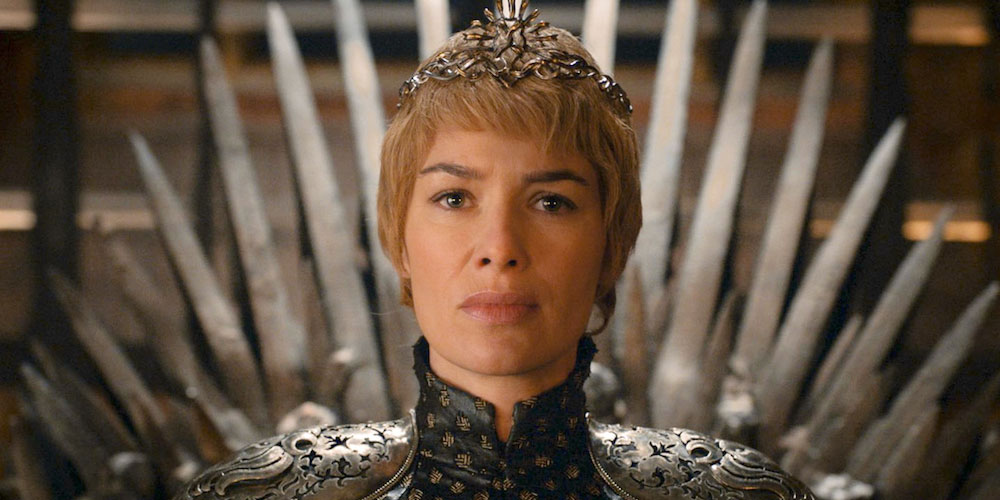