Written by Stephan Horbelt on June 4, 2018
Be first to like this.

Hornet and GLAAD want to hear from you about the Masterpiece Cakeshop ruling. Take our survey now.

In a 7-2 ruling today, June 4, the U.S. Supreme Court has ruled in favor of a Colorado baker who refused to bake a ‘gay cake’ — that is, one celebrating a same-sex marriage — due to religious objections. But far from the highest court in the land making a sweeping ruling about the First Amendment in Masterpiece Cakeshop v. Colorado Civil Rights Commission, instead the court’s ruling was quite narrow, determining the shop in the ‘gay cake’ case hadn’t received a fair process from the state.

The big issue of the gay cake case — whether a business, in this case a cakeshop, can refuse wedding services to gay and lesbian people — was not ruled on by the Supreme Court. In his majority opinion, Justice Kennedy wrote the issue “must await further elaboration.”

The Supreme Court held that the state’s Civil Rights Commission showed hostility toward the baker based on his religious beliefs.

The Masterpiece Cakeshop v. Colorado Civil Rights Commission case saw the First Amendment rights of Jack Phillips, owner of the cakeshop, pitted the state of Colorado’s anti-discrimination law and the rights of the two gay men Phillips turned away in 2012. 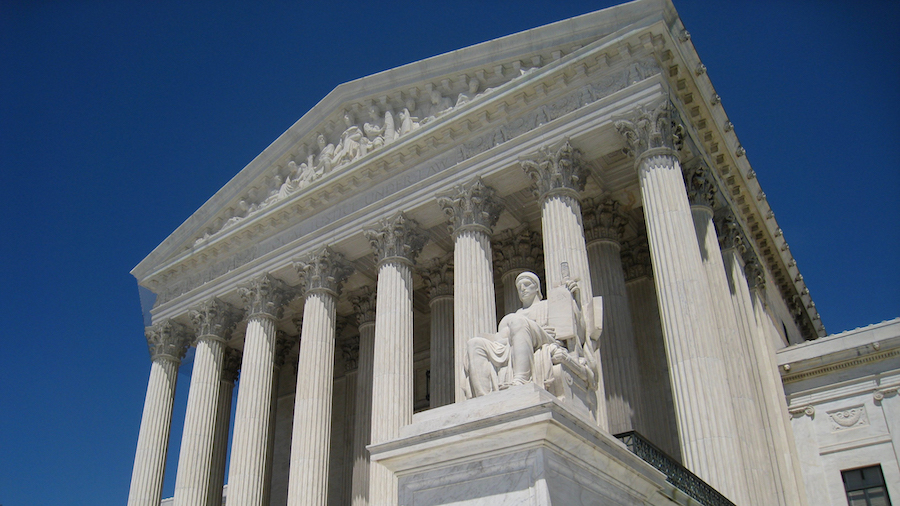 Justice Anthony Kennedy, who has a long history of opinions in which he sides in favor of LGBT rights (including the famed 2015 decision in which the country legalized gay marriage), wrote the court’s 7-2 decision against the gay couple today.

Justice Anthony Kennedy wrote the court’s 7-2 decision against the same-sex couple, departing from his long history of opinions in favor of gay rights dating back a generation. Included among them was the court’s 2015 decision legalizing gay marriage nationwide.

“The outcome of cases like this in other circumstances must await further elaboration in the courts,” Kennedy said. “These disputes must be resolved with tolerance, without undue disrespect to sincere religious beliefs, and without subjecting gay persons to indignities when they seek goods and services in an open market.”

Fellow liberal justices Justices Breyer and Kagan voted along with the majority, while Justices Ruth Bader Ginsburg and Sonia Sotomayor cast their dissents.

What do you think of the decision in today’s ‘gay cake’ case? Sound off in the comments.

A Look Back at TV's Worst Thanksgiving Episode of All Time
A Countdown of 2021's Top 10 Male Celebrity Nude Scenes
Frankie Grande Shares ‘What Pride Means to Me’ Ahead of His Celeb-Studded Virtual Fundraiser
The 4 Non Blondes' 1992 Hit 'What's Up?' Has Since Become a Queer Anthem
English