The Hornet Guide to Gay Havana

Written by Charles Thompson-Wang on June 12, 2018
Be first to like this.

A rich history and culture, stunning architecture, those classic cars and, of course, delicious mojitos. Those are only a few of the things that’ll make you fall in love with Havana, Cuba. And though some don’t know it, the island makes a prime spot for LGBTQ travelers. Just check out this guide to gay Havana.

While strolling along the beautiful Prado sidewalk or the iconic Malecon by the sea you’ll get an up-close-and-personal view of Havana. Obispo Street, the busiest in Habana Vieja (Old Havana), has plenty of souvenir and gift shops and an intense flow of people from day into night. And at Avenue 23, in Vedado, you’ll find a mixed crowd, young and old, socializing together after sunset.

Before your trip to gay Havana 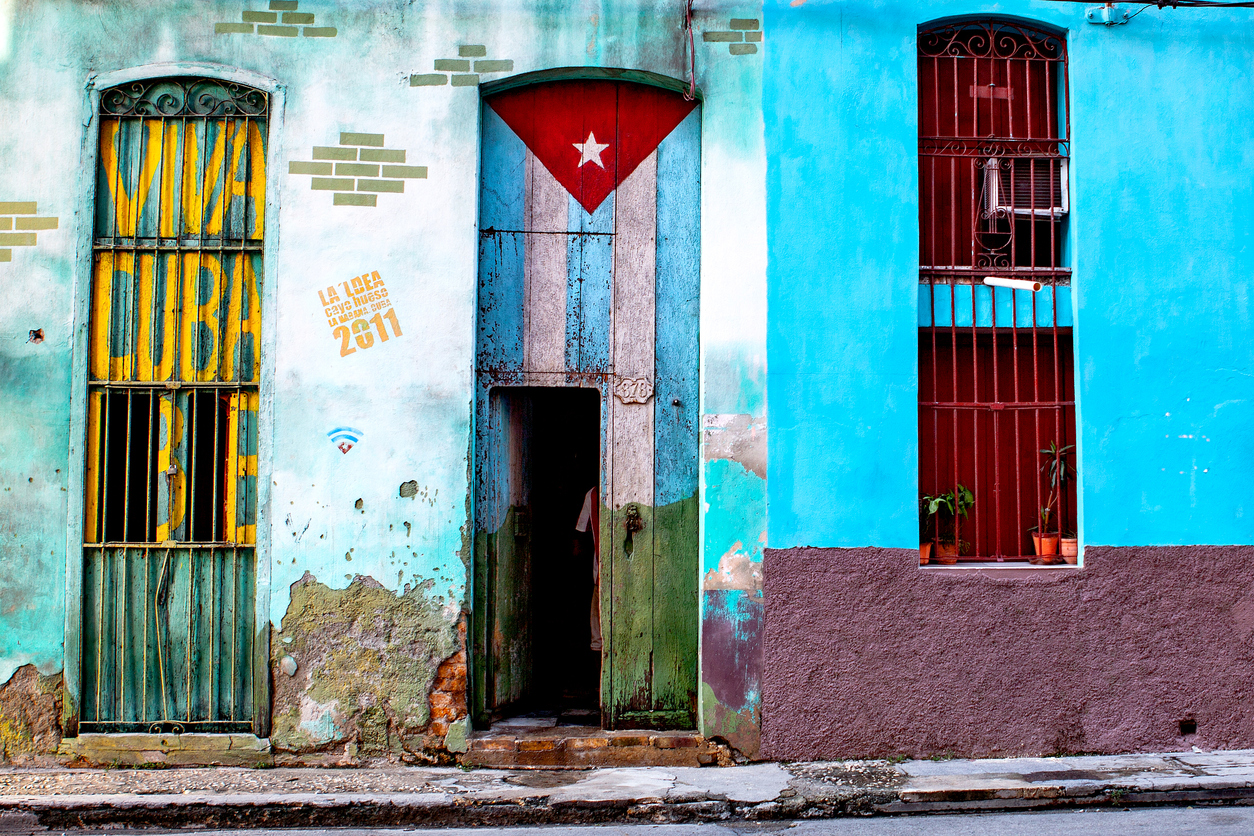 Before booking your trip, here are some tips for planning a stress-free vacation to gay Havana.

Travel to Cuba for Americans is possible, even with Trump’s travel restrictions. To fly to Cuba, Americans must prove they fall under one of 12 approved categories of travel — including as a journalist, humanitarian travel or professional research — or with an established Cuban tour company, like Detours With Matt, a group run by Texas-based gay guide Matt Smith.

If you’re an American who falls under one of those allowable 12 travel categories, you can purchase your flight online and even travel to Cuba from the States. You will, however, need to purchase a Cuba visa either online ahead of time or at the airport. (Airports in the States that fly to Cuba have small kiosks called “Cuba Ready” inside the terminal where you can easily purchase before takeoff.)

There’s also a long list of hotels, restaurants and businesses Americans are not allowed to frequent (meaning spend money) because they’re run by the Cuban military. Find that list here.

The Cuban Convertible Peso (CUCs, pronounced “kooks”) is the currency of Cuba and widely accepted everywhere. For Americans — and this is super important — you’ll be charged a 10% fee when converting U.S. dollars to CUCs, though you might have better luck if you convert your dollars to Euros before arrival in Cuba. Most importantly, though, it’s imperative you realize that American credit cards are not accepted in Cuba. That means you will need to bring any and all cash with you into Cuba — all the money you’ll spend during the course of your trip.

You’ll find there’s limited access to WiFi services throughout Cuba. If you’re staying somewhere like Hotel Nacional, guests can pick up WiFi access that’s usable onsite. Otherwise you can purchase scratch cards that will run you about a dollar per hour of WiFi service for times when you need instant access.

Throughout the city you’re likely to spot areas where several people are sitting about glued to their smartphones. Those are WiFi parks, where you’ll be able to use one of your scratch cards.

Where to stay in gay Havana

There are three popular neighborhoods for lodging in Havana. Habana Vieja, Unesco’s charming historical center is where you’ll find most hotels. Centro Habana, another region, offers semi-ruinous buildings as lodging spots. And finally Vedado, a more contemporary part of Havana, is a less touristy part of the city for accommodation. The first two are rather close, the last about 10 minutes by car. If you’d prefer more of a local experience than a hotel stay, check Airbnb, on which you can generally find rentals for relatively inexpensive.

In Parque Central, situated between Habana Vieja and Centro, stands some of the city’s most impressive architecture. Visitors can check out Capitol, the impressive Alicia Alonso Theater, the luxurious Manzana Hotel and the Museum of Fine Arts, as well as a large number of ’50s cars in excellent condition on this block. (And their owners will let you take a ride in one for a small fee.)

Many are unaware that Cuba is a rather LGBTQ-friendly destination, and Havana offers several gay and gay-friendly spots and even celebrates Pride each year, in both Havana and in one additional island region.

Watch Hornet’s recent video during which we documented Cuba Pride 2018:

About half an hour from Havana is Mi Cayito, the gay spot found on Santa Maria Del Mar beach. Guys young and old dance underneath the rainbow flag against the backdrop of blue-green Caribbean sea.

The only gay nightclub in Havana is Cabaret Las Vegas in Vedado. A fun night out, the club offers music cruising and is a regular hangout of sex workers and their customers. 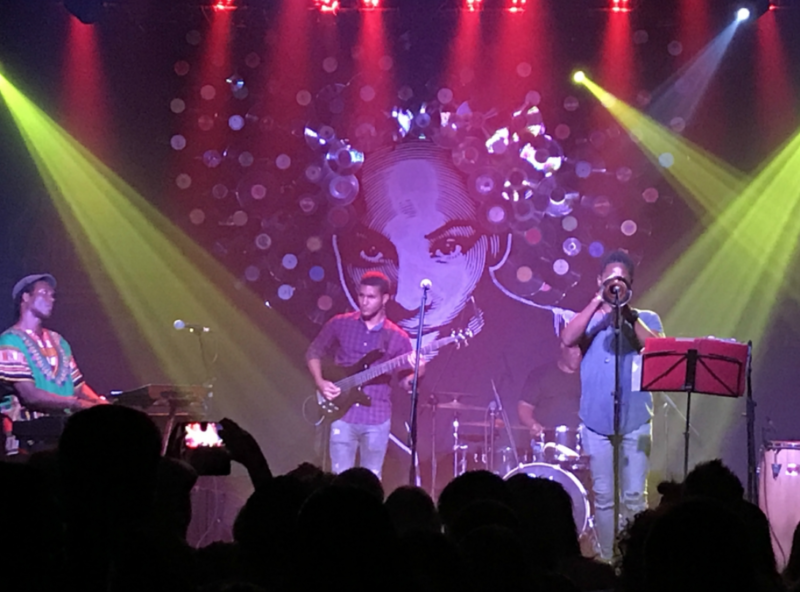 On Saturdays, another option is a gay party like Café Cantante at Teatro Nacional, at Plaza de la Revolucion, which always has a huge line of guys waiting to hit the nightclub.

The hippest place in gay Havana (though it’s not “gay” itself), no doubt, is Fabrica de Arte Cubano (Calle 26 at 11). It is a refurbished factory that features a stage for jazz concerts, a dance floor with a great DJ, cinema, galleries, a restaurant and several bars. Fabrica de Arte Cubana has a mixed clientele with lots of cute boys mingling in the crowd.

Where to drink and eat in gay Havana

Thanks to its recent renaissance, Havana offers a diverse food scene with many charming “paladares” to choose from. If you enjoy seafood, check out O’Reilly 34, which has a fantastic octopus dish and the best fruit mojitos in town. At Cafe Espada (Cuarteles and Habana) you can enjoy authentic seafood served by the restaurant’s sexy staff.

For great music and an international menu, try Habana 61. At La Guarida (Concordia con Escobar), the most celebrated restaurant on the island, indulge in an excellent dining experience surrounded by photos of Rihanna and Beyoncé.

In the mood for Russian? Nazdarovie, located right on the Malecon, is a Russio-Soviet restaurant (complete with propaganda posters on the walls of this balcony-walkup spot) offers some really delicious entrees. We especially loved the stroganoff and the pierogies.

Cocinero, next to the Art Factory, is the trendiest bar for seeing and being seen, and Siá Kará Bar, behind the Capitol, is another spot you don’t want to miss if you’re craving a delicious cocktail.

There are plenty of tourist attractions throughout Havana. Have a daiquiri in the gardens of Hotel Nacional with friends. Take a selfie in front of the buildings bearing images of Che Guevara and Cienfuegos at Plaza de la Revolución. Read up on the history of Fidel Castro and his companions in the Museo de la Revolución. Visit the museums and cafes of the beautiful Mercaderes street.

Do you have a trip planned to gay Havana? We wanna hear about it!

or Download the App to read the latest stories