Man Stabs His Boyfriend For Wanting Another Round of Sex

A 23-year-old Indian man has been arrested after stabbing his boyfriend for pressuring him to have morning-after sex. The unnamed suspect has been charged with attempted murder.

Authorities say the incident happened Wednesday morning at the 46-year-old victim’s home in Pune, a city of some 3.13 million people about 90 miles from Mumbai. “[The] men were in relationship for the last couple of years,” reported a police spokesperson. “On Tuesday night, the accused visited the complainant and they had sex. When the complainant again wanted to have sex in the morning, the accused refused, which led to a fight.”

During their struggle, the accused allegedly stabbed his partner with a sharp-edged iron rod. The older partner, a businessman who lives in the city six months of out of the year, suffered injuries on his head, face and right shoulder and is still in the hospital recovering. He is reportedly in stable condition.

The couple met through a gay dating website, Inspector Umaji Rathod told News18. “The complainant in his statement has mentioned that he was in a physical relationship with the accused for quite sometime. However, he was clueless about why he was attacked this time.” 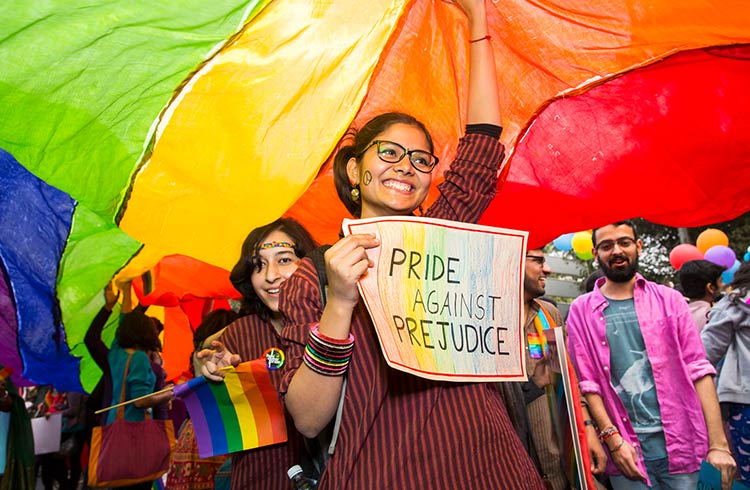 That ruling makes it easier for LGBTQ survivors of hate crimes and intimate partner violence to report incidents to the police.  Previously, filing charges would have implicated victims like the one in Pune and potentially led to their arrest as well.

Homosexuality was first decriminalized in 2009, when a Delhi court struck down Section 377, a holdover from British colonial rule. But that decision was reversed by a two-judge Supreme Court decision in 2013. In May of this year, the high court decided to hear another petition to scrap the discriminatory law.

What’s the appropriate punishment for someone who stabs his boyfriend for refusing sex?

The Gay Games XII 2026 Presumptive Host City Has Been Announced
From 1860s Drag Balls to Bricks at Stonewall: Unpacking the History of the Term 'Coming Out'
We Asked These 4 Queer Native Americans How They’ll Be Spending Thanksgiving
The 5 Best Queen Songs You've Never Heard
English