Written by Stephan Horbelt on December 14, 2018
Be first to like this.

There are few locales in the world where a week spent on vacation includes glacier hikes and ice caves one day, hot springs and lava fields the next. But the natural beauty of Iceland — that breathtaking blend of ice and fire — is but one of the many reasons why the island nation draws visitors from around the world.

From the allure of geothermal spa days and crossing Aurora Borealis off your bucket list to celebrating Pride and Iceland’s love of live music festivals, there’s no shortage of reasons to head north come 2019. We lay out some of the most tempting reasons to visit Iceland below.

For those who have never been to Iceland or are dying to get back, IGLTA — the International Gay and Lesbian Travel Association, a network of tourism businesses that provides free travel resources and promotes equality worldwide — is giving away a four-night trip for two to Iceland. (More details at the end of this article!)

1. Pink Iceland is at your disposal for planning the queer trip of your dreams.

If only every international destination had a tour operator-slash-travel agency like Pink Iceland! Dedicated solely to the queer community, Pink Iceland works with nearly every LGBTQ (and allied) hotel, restaurant and business in the country. Twice a week it organizes a city walk and happy hour through Reykjavik. (Because what goes better with a little gay history than a cocktail?) Twice every month Pink Iceland also organizes a “Gay Golden Circle Tour.” (That ends with cocktails, too.)

And if you’re thinking about getting married in Iceland — it’s the new hot spot for gay weddings, in case you didn’t know — Pink Iceland is a must. Their planners will help out with everything from finding the perfect location to securing your flowers, cake and an officiant for the big day.

Basically, don’t even think about going to Iceland without reaching out to Pink Iceland first!

2. Rainbow Reykjavik Winter Pride is the perfect mix of nature and nightlife.

Not content with just one Pride celebration per year (hey, we’re not complaining), this three-day celebration (the next one March 7-10, 2019) is a great excuse to get to Iceland just before Spring begins. Not only does Winter Pride offer the most popular LGBTQ party of the season, but already planned for 2019 are a Northern Lights walking tour, several other outdoor excursions and a plethora of parties. (Find more info on Rainbow Reykjavik Winter Pride here.)

3. How can you pass up dancing and drinking at Kiki Queer Bar?

Offering weekday drag shows, happy hour and karaoke fun, this renowned bar in Reykjavik is the place to go for some gay fun on your trip to Iceland in 2019. You’re sure to laugh, dance, drink and sing alongside some of the city’s most fun locals and drag performers.

Not only does Iceland boast some of the clearest water you’ve ever seen (you’ll see up to 300 feet in front of you while underwater), but you’re actually able to dive and snorkel in waters that sit between the North American and Eurasian continental plates, called the Silfra Fissure. It’s on just about every single “top 10 underwater dives” list in the world, and you’ll find it in Iceland.

5. You can explore the Grandi neighborhood in Reykjavik.

You know the drill: When a city’s downtown hub gets to be too expensive, the artists, designers and queer people pack up and move elsewhere, turning a formerly meh part of town into the place to be. And that’s exactly what happened with the Grandi neighborhood. It’s been referred to as “the SoHo of Reykjavik,” which makes sense as this is where you’ll find no shortage of great restaurants, boutiques and hip locals.

Highlights in Grandi include The Coocoo’s Nest for anything from pizza to tacos (depending on the day of the week); Valdís ice cream shop, where the Ferrero Rocher ice cream is a favorite; Kaffivagninn, a nondescript waterside café perfect for breakfast or lunch; Farmers Market, a boutique specializing in modern Nordic designs; and museums including The Whale Museum of Iceland (with life-size whale models), the Northern Lights Center and The Saga Museum, which offers an interactive way to learn about Iceland’s rich history.

6. You can learn all about Iceland through video.

Don’t let the unassuming building fool you. Referred to as “The Modern National Museum,” Tales From Iceland is a video museum dedicated to the country and its people. Made up of several short films about everything from Iceland’s famed musicians to its fisherman culture, this museum is considered a must-stop spot for your Iceland itinerary.

7. There’s no better spa day than heading to the Blue Lagoon.

Iceland has those volcanoes to thank for its majestic hot springs, including the Blue Lagoon, located outside of Reykjavik. Its waters are consistently around 100°F year-round (38°C), and not only is it perma-heated but it’s rich in minerals that make it a full-fledged spa treatment.

8. A third of the country turns out for Reykjavik Pride.

The entire nation of Iceland is thrilled to take part in Reykjavik’s annual summertime Pride celebration, taking place Aug. 6–11, 2019. The perfect opp for an Iceland first-timer, Reykjavik Pride offers six days of live music, lectures, gallery openings, several parties, a big queer dance party on Saturday and — of course — the annual parade, which ends at the big stage at Arnarhóll for a not-to-be-missed outdoor show.

For those interested in attending Reykjavik Pride, each year Pink Iceland offers multi-tiered Pride packages for travelers that include accommodations with optional add-ons for Pride passes and goodie bags. (For 2018 travelers could purchase packages named after some of our favorite divas — The Barbra, The Liza and The Dolly.)

9. There’s no better place to take in the Northern Lights than Iceland.

It’s on many people’s bucket lists, but Iceland is one of the best spots in the world to catch Aurora Borealis, the Northern Lights — as you’d expect from a country that quite literally sits at the top of the world. Most commonly seen between September and mid-April (when the skies are at their darkest), it’s possible to see the green lights flickering above Reykjavik, but your best bet is to head outside of town away from the city lights. Several tour companies take travelers on “Northern Lights hunts,” and it truly is a must for first-time Iceland tourists.

You’re likely familiar with the song stylings of Björk and Sigur Rós, but Iceland has a rich, complex musical history and loves its live music. Several times per year Iceland hosts music festivals, including Dark Music Days in January (contemporary music during the darkest period of winter at a concert hall in Downtown Reykjavik), Sónar Reykjavik in February (electronica, hip-hop and more during Northern Lights season), Secret Solstice in June (when the sun is still shining at midnight) and Iceland Airwaves in November (four days of Icelandic and international acts).

11. Shots of the black beaches of Iceland are sure to make your friends jealous.

Few things in the world are more beautiful than black beaches, a result of the volcanoes that formed (and continue to form) a spot like Iceland. Near the southernmost tip of Iceland sits the black pebble beach of Reynisfjara, with black cliffs, strong winds and huge rock formations. Also stunning to visit is the black sand beach Breiðamerkursandur in southeast Iceland, dubbed “Diamond Beach” for the “ice diamonds” that sit on shore throughout the year.

12. Getting to Iceland is free and easy.

For nearly 60 years now, Icelandair has strived to make it cheap and easy for people to visit the country. Did you know that if you book a transatlantic flight through Reykjavik on the way to another destination (say, somewhere else in Europe or the United States), you’re able to spend time in Iceland as a stopover for free? Flights from America’s East Coast are less than five hours, and it’s not difficult to find direct flights year-round from cities around the world.

IGLTA is giving away a four-day trip for two to Iceland, and you can win! The trip includes round-trip flights, accommodations, tours, excursions and much more. Head here to enter now for your chance to finally see the Northern Lights up close and in person.

Have you ever traveled to Iceland? Have any tips for first-time travelers? We want to hear from you! 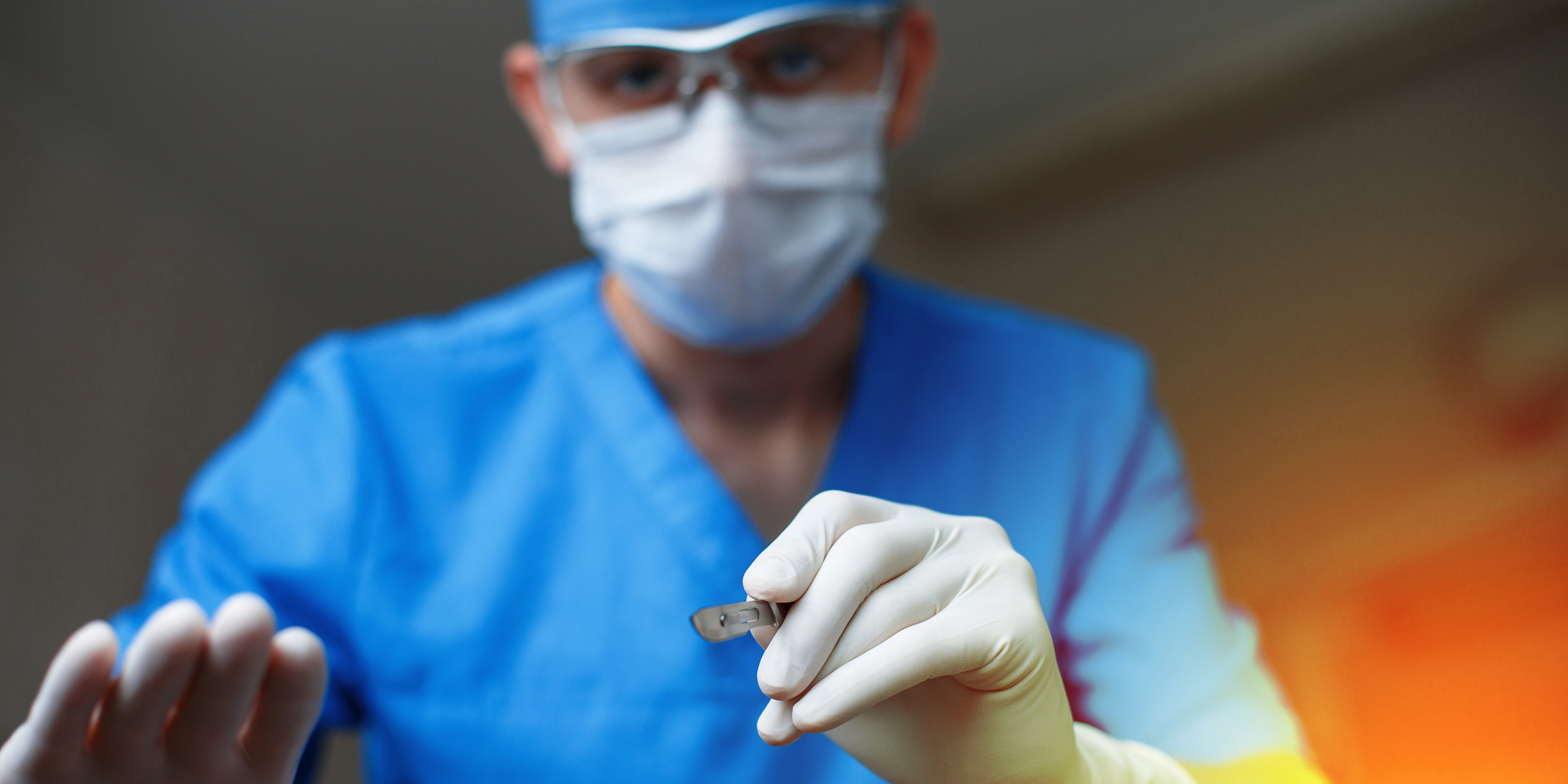 Iceland Is Moving to Ban Circumcision Within Its Borders, and Religious Leaders Are Pushing Back 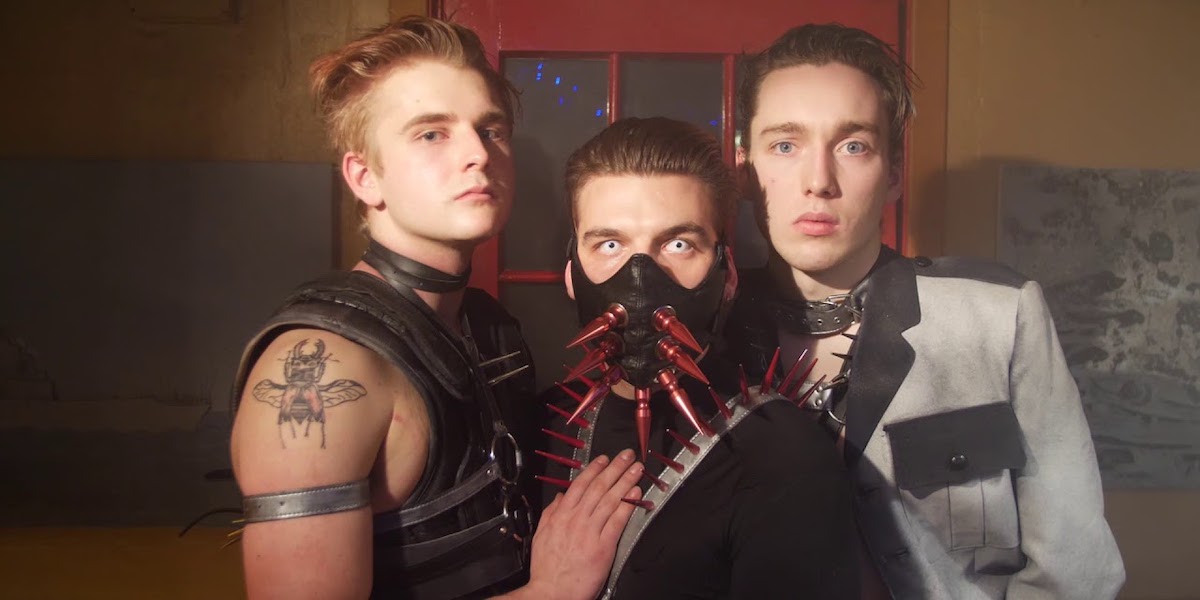