These LGBTQ Cosplayers Blend Fandom With Queer Self Expression

Written by Zeynep Sasmazel on November 14, 2021
Be first to like this.

Cosplay is the perfect combination of creativity, fandom, and dressing up. It’s an ode to our favorite characters and media, a way of meeting people with similar interests, and an expression of ourselves. For some, it’s an instant confidence boost. For others, it’s an exploration of gender and sexuality— a sphere to play and experiment in without many of the traditional fears of judgment.

Of course, the world of cosplay isn’t perfect. It’s much more welcoming to able-bodied individuals, and it’s still very much a realm where homophobia and transphobia can thrive. Still, queer cosplayers are carving out their own spaces in pop culture— whether it’s by championing canonically gay characters or interpreting their favorites in an LBGTQ+ context.

We’ve rounded up some incredible LGBTQ cosplayers for you to look out for during your next convention. 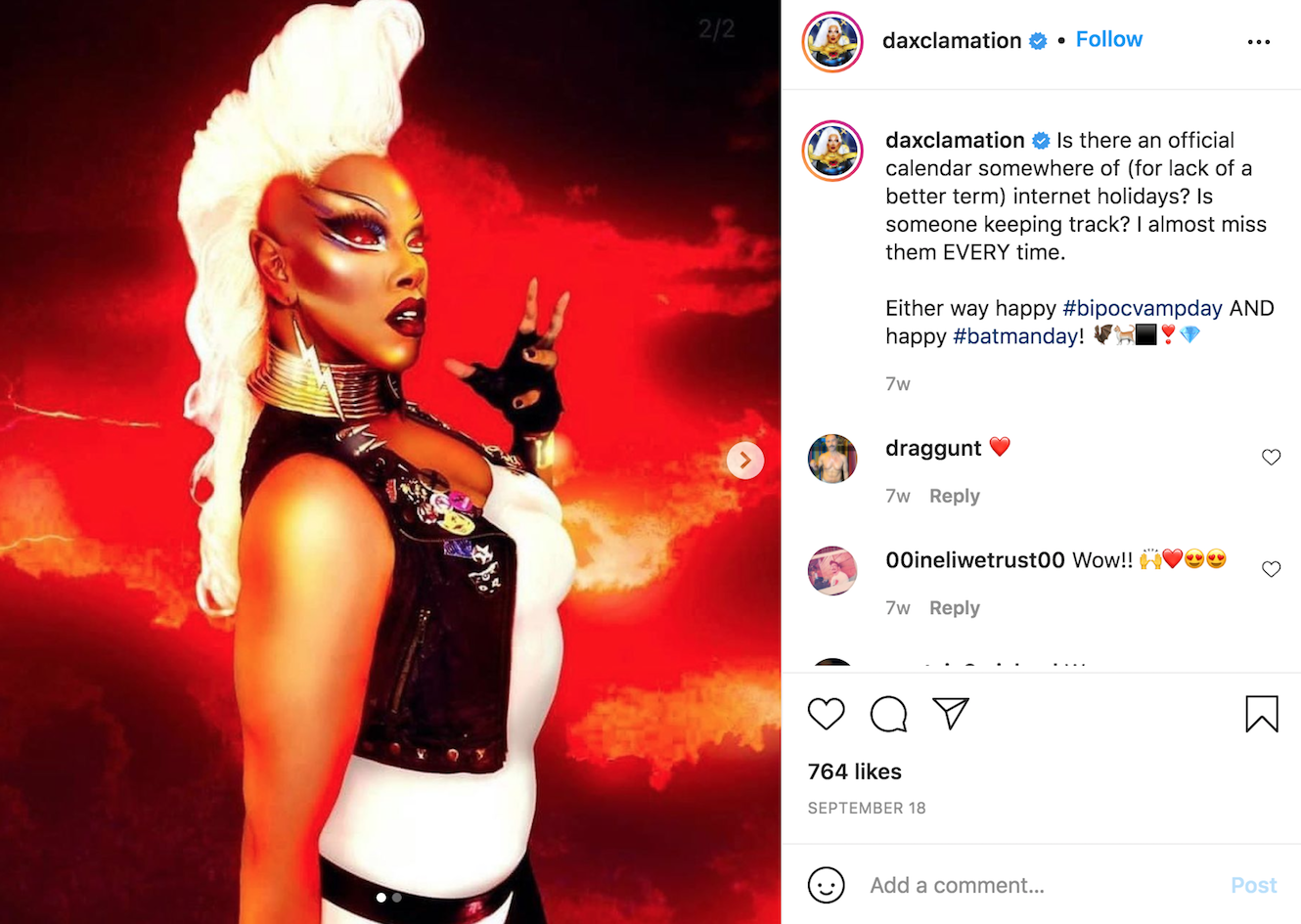 Drag queens often talk about ‘feeling the fantasy,’ the cosplayer and RuPaul’s alum says. “For me, the ‘fantasy’ comes from embodying beautiful powerful capable women whenever I can.” Dax’s work is powerful and cool— and she’s actively working toward bringing LGBTQ+ nerd culture front and center. 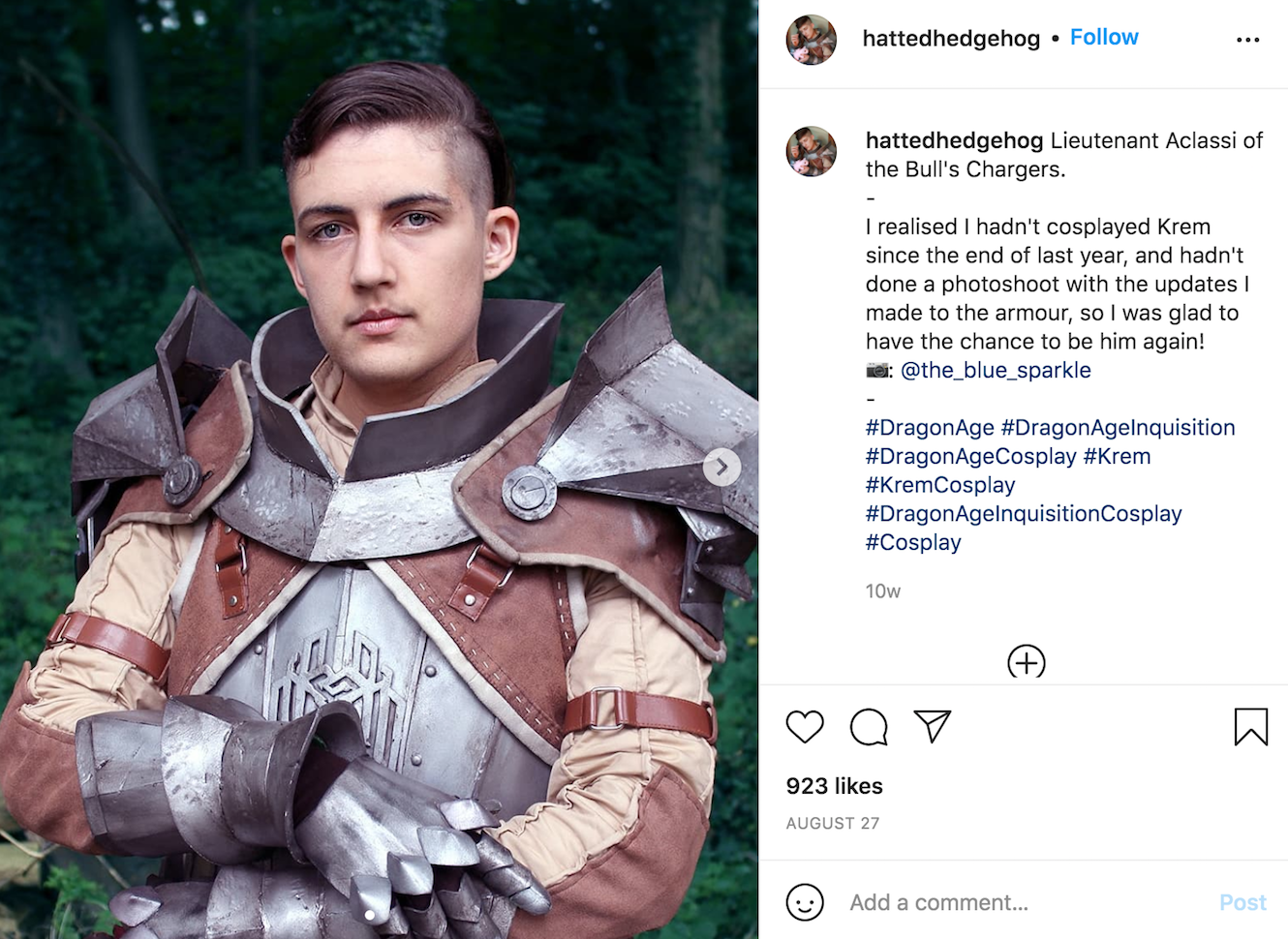 Harry Gray is known for cosplaying Dragon Age: Inquisition characters, and particularly fan favorite Cremisius “Krem” Aclassi. (Krem made gaming history by being a visibly trans character— complex and well-developed!) The cosplayer is also a talented artist, and you can view his gorgeous illustrations on Instagram, and check out their portfolio here.

In an interview with SyFy Gray said: “Displaying my transgender pride flag as a cape while wearing full armor feels like such a power move in today’s social climate and I want others to feel empowered witnessing it, even if they’re not in a position to fight themselves.” 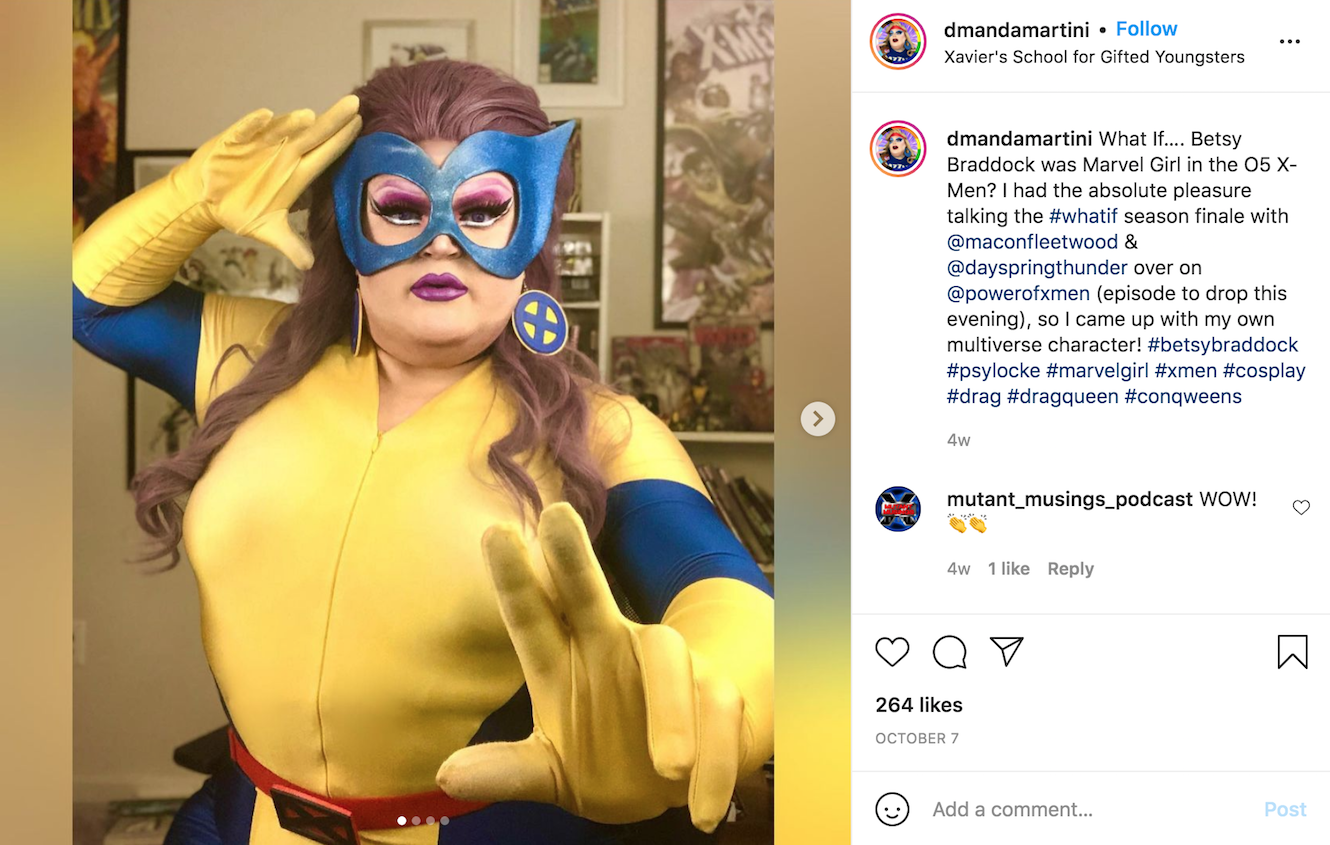 Known as “The Chanteuse of Southern Maryland,” D’Manda’s superhero cosplays are wildly fun.

“Cosplay is for everyone,” she says. “Every skill level. Every age. Every body type.” Her Instagram is filled with photoshoots, nerdy collectibles, and the kind of personality that makes us want to be D’Manda’s best friend immediately. 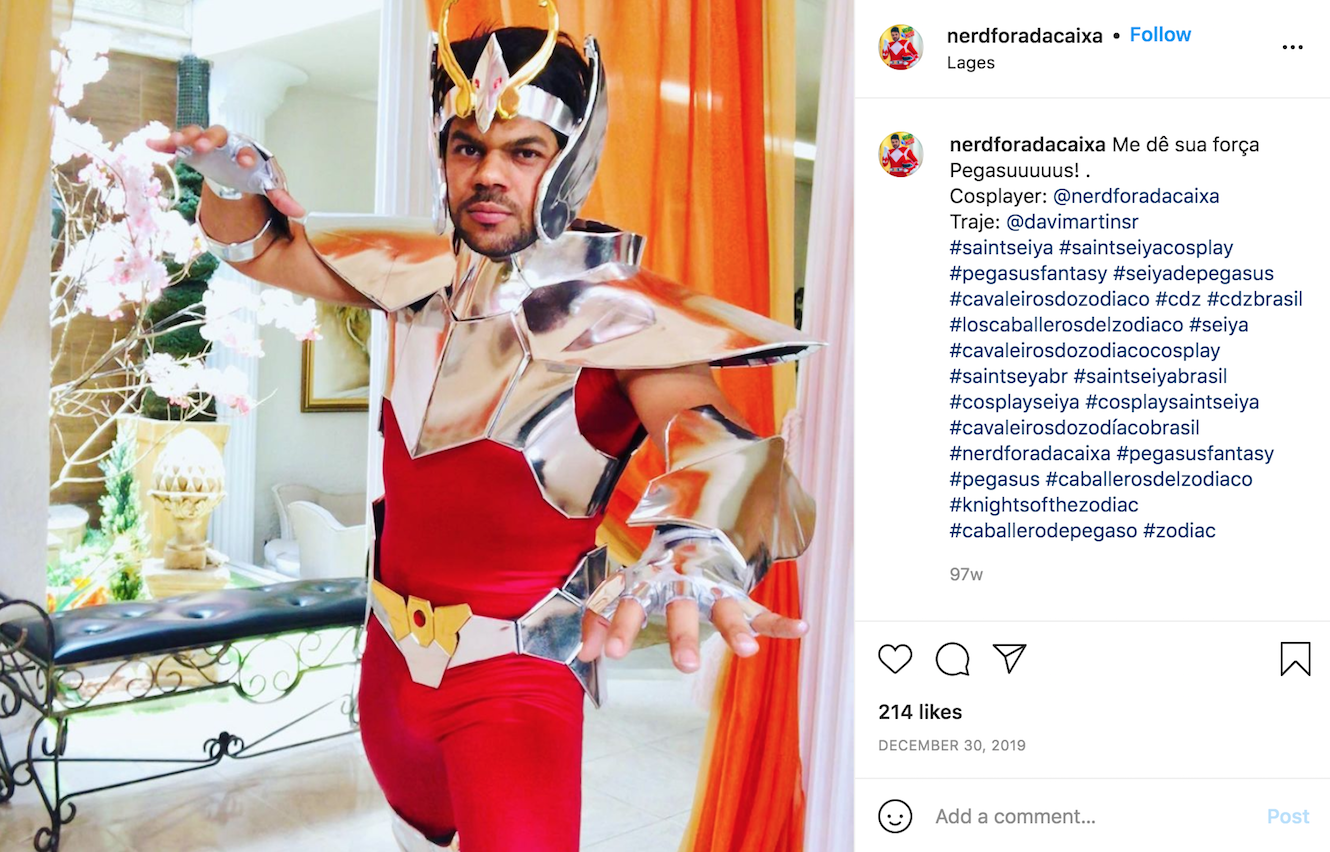 Not only does Efraim Queller dress up as superheroes, he’s also kind of one in real life. Founder of Heroes for Life, the Brazilian gathers costumes and volunteers to visit hospitals and cheer up the children staying there. Check out Gayming’s profile on him, here. 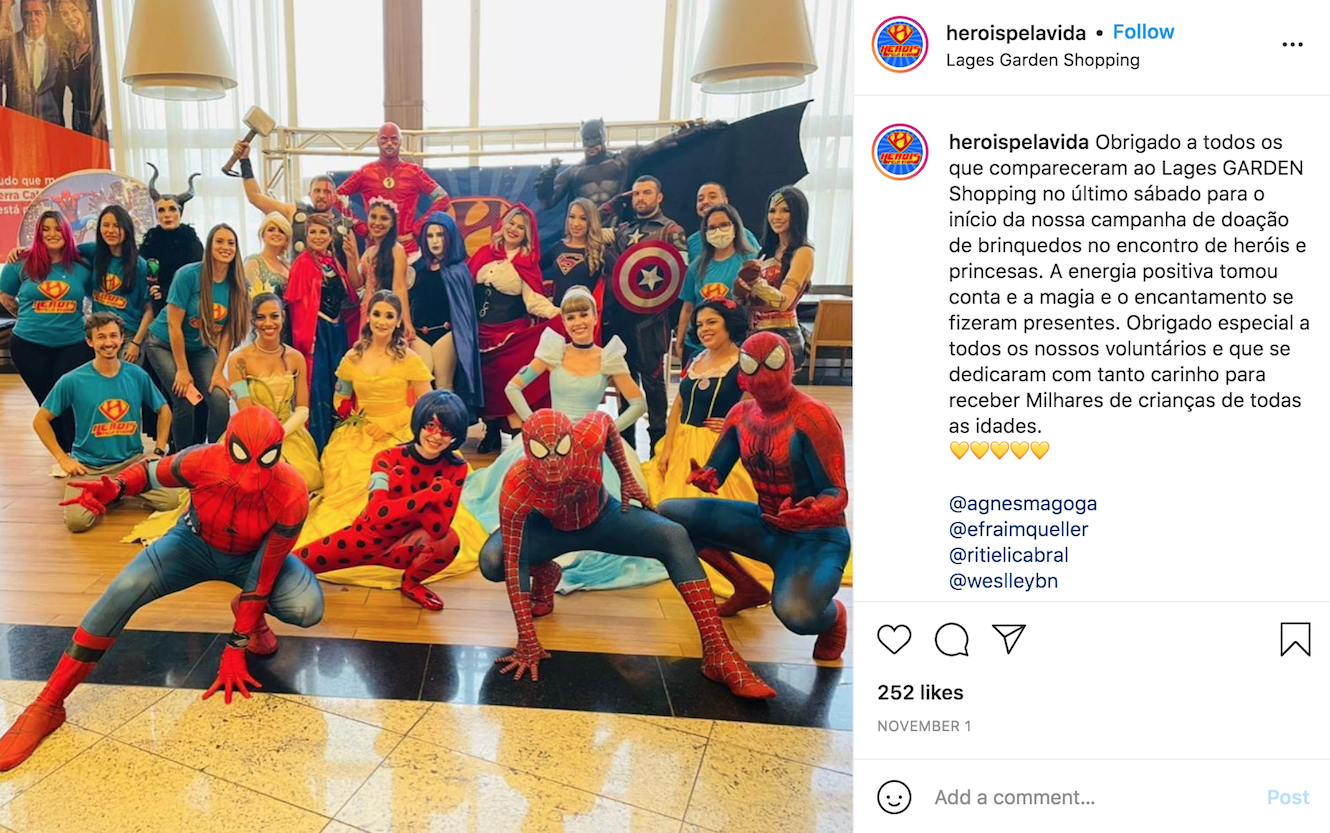 Cosplayer, pole dancer, and all-around badass, Mintea is immensely popular. With over 90k followers on IG, it’s easy to see why: his handmade cosplays, variety of characters, and makeup looks are all pitch-perfect. Interested in trying out cosplay for yourself? Mintea also sells designs (and prints!) in his etsy shop. 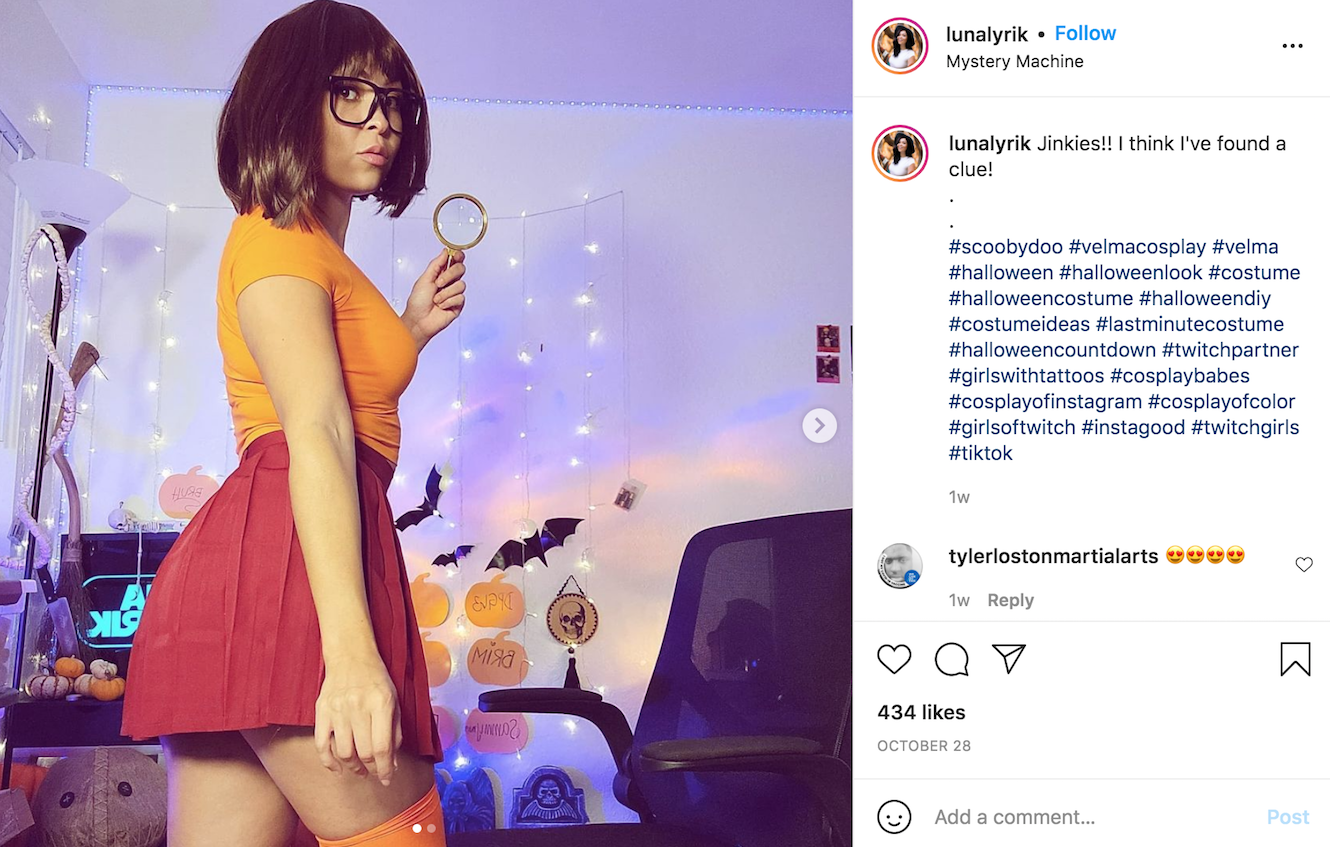 Twitch partner and Patreon creator Luna Lyrik cosplays beloved 90s cartoons, horror icons like Chucky, and comic book characters. She’s also a content creator on OnlyFans (free and paid), which you can check out on her Linktree, here. 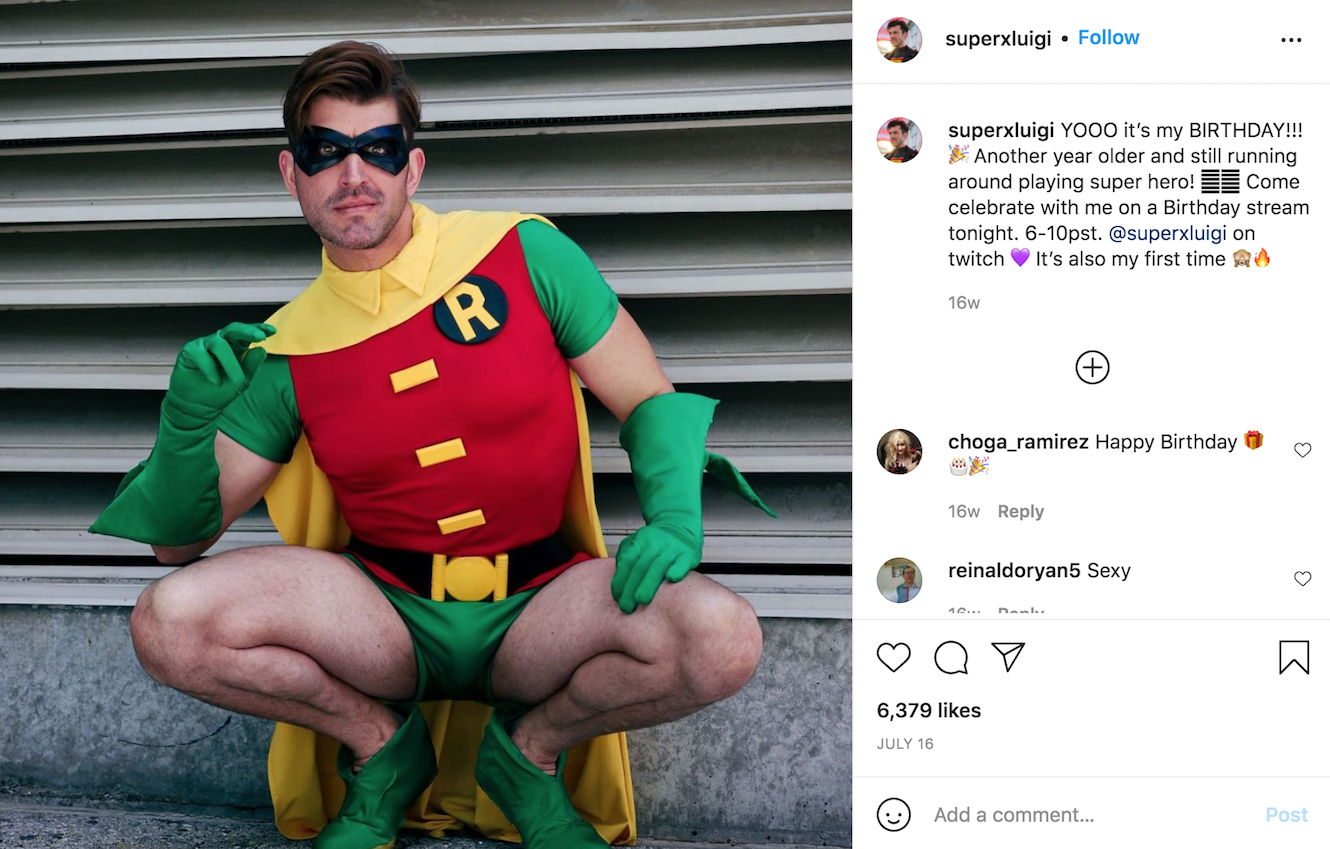 The Replica Props and Costumes Studio Ambassador and Twitch streamer, Super Luigi’s content is good enough to be featured in film. We love his sexy takes on beloved characters like Robin— and with over 45k followers on Instagram, we’re not the only ones.

Learn more about Luigi and check out his streams on Twitch, here. 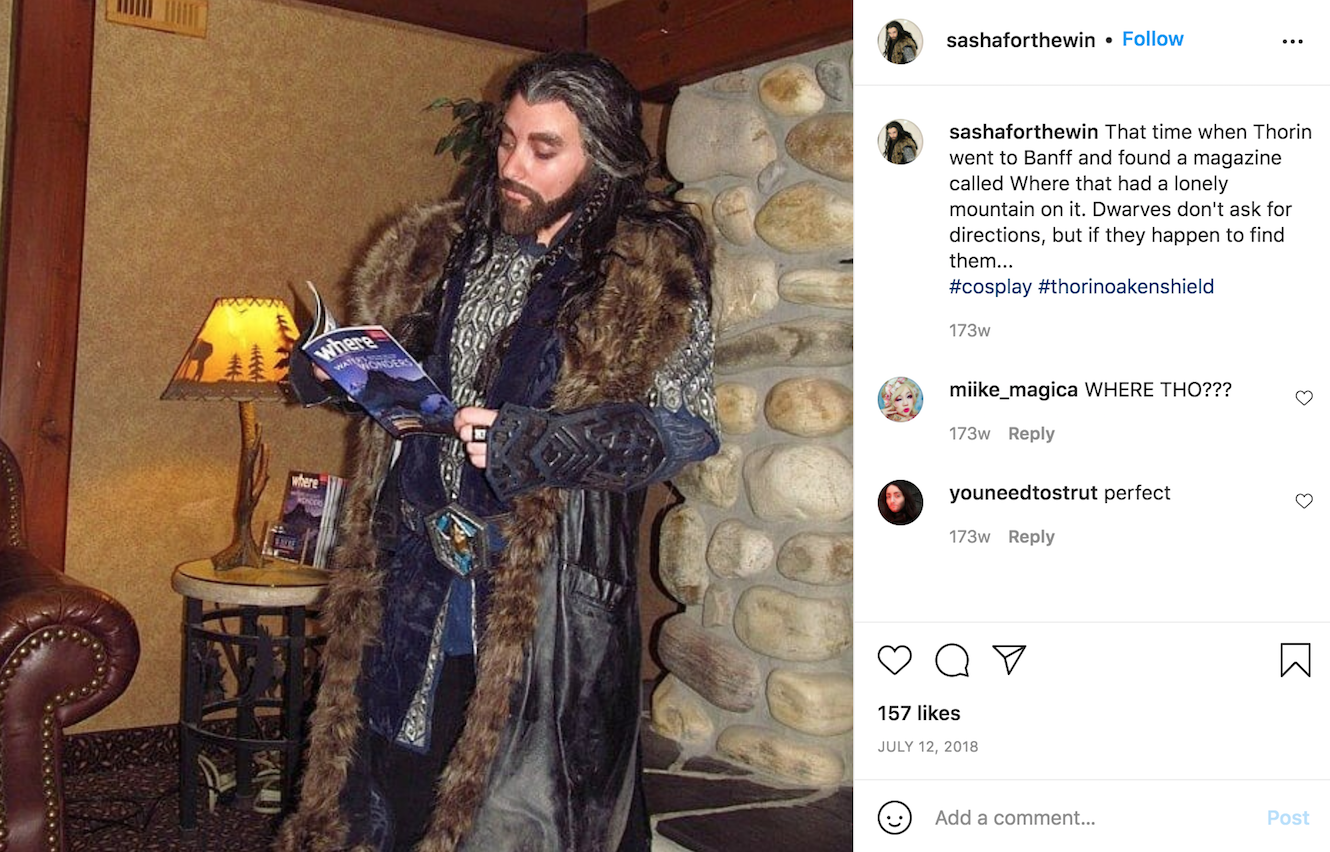 Sasha, who goes by she/he/they pronouns, gained popularity for her incredible Thorin Oakenshield cosplay. A quick skim through their Instagram reveals truly amazing transformations— ranging from Stephen King characters to Marvel heroes to fantasy legends— which is, after all, what cosplay is all about.

The invitation to experiment with different archetypes, styles, and genders is an instantly appealing way of allowing ourselves to think differently about our own self-expression.

Are you an LGBTQ cosplayer? Let us know and we might feature you!

In 1994, RuPaul Starred in This Action Comedy About Stealing HIV Meds
Virtual Human Rights Event to Screen Film About Indonesian, Russian and Kenyan LGBTQ Families
Here Are 13 of the Naughtiest 'Big Brother' Nude Scenes From Around the World
These Are the 11 Different Kinds of Men You'll Meet on Queer Dating Apps
English