Instead of a Kneeling Ban, Here Are 4 Actual Problems the NFL Should Worry About

If you ask the NFL, its biggest controversy is whether or not players kneel during the national anthem in protest of police brutality. It’s bothered the organization so much that this week a new NFL kneeling ban was unveiled. While the league is patting itself on the back for solving this “problem,” the rest of us are left scratching our heads: “Really? This is what you’re focusing on?”

What led to the NFL kneeling ban

The controversy began in 2016, when then-quarterback for the San Francisco 49ers Colin Kaepernick first sat down during the national anthem. When asked, he explained, “I am not going to stand up to show pride in a flag for a country that oppresses black people and people of color. To me, this is bigger than football and it would be selfish on my part to look the other way. There are bodies in the street and people getting paid leave and getting away with murder.”

A couple weeks later, Kaepernick changed his protest to also be in support of the military, changing from sitting out the anthem to taking a knee. From there, the gesture spread throughout the NFL and the “controversy” exploded.

It got so bad that the following year Kaepernick was essentially blackballed from the NFL. In response to claims that Kaepernick simply wasn’t good enough to play in the league, sportswriter Jon Bois crunched the numbers and proved he was more than good enough.

Even after Kaepernick left the league, the protest continued, leading to this week’s NFL kneeling ban. It’s been deeply criticized already, especially by writers and activists pointing out, as Dominic Holden put it, “The NFL wants to punish black people who protest the unfair punishment of black people.”

In response, it’s been argued that players move to raising a fist during the anthem rather than kneeling.

The owner of the New York Jets has actually said he’ll pay the fines if his players choose to take a knee. And, in response to Donald Trump and Mike Pence gloating over the new NFL kneeling ban, Colin Kaepernick’s lawyers tweeted a portion of the U.S. Code, section 227, which shows that government officials — including the president and vice president — are legally unable to attempt to influence an employment decision or practice.

Anthem kneeling is far from something the NFL should focus on

One of the more ridiculous aspects of the NFL kneeling ban is that the league has faced a slew of more important scandals and have done nothing about them. For example:

The Washington Redskins Football Team. For decades now the NFL has been urged to force the Washington, D.C., team to change its name given that it’s an actual slur against indigenous Americans. But NFL Commissioner Roger Goodell — the same guy behind the NFL kneeling ban — has continued to defend the name.

Brain injuries. Football players are at an absurdly high risk of chronic traumatic encephalopathy (CTE), a neurodegenerative disease that results from repeated head injuries. Over 40% of retired players have shown signs of CTE, and brain injury was found in 99% of donated brains from deceased NFL players.

Former New England Patriot and convicted murderer Aaron Hernandez had stage 3 CTE at the time of his suicide. Though the NFL has penalties in place for teams that don’t follow the organization’s concussion protocol, they are notoriously lax in enforcing them.

Regardless, there are many players who have physically abused their partners (and others) while the NFL’s response has been weak at best. A player committing an act of assault, battery, domestic violence or sexual assault will be given a suspension without pay … for six games. A second offense will result in a ban from the NFL … for a year.

Homophobia. There have been multiple instances of homophobia in the NFL, and yet the organization doesn’t respond. During the NFL Combine, a week-long test for potential players, many people were asked whether they’re gay in an attempt to rattle them.

The NFL publicly condemns the questions but takes no disciplinary action. When this tactic first came to light two years ago, though the NFL condemned Marquand Manuel, the coach who asked the question, a year later the league promoted him.

We could go on, but our point is clear — the league has a long list of things it should address before worrying about an NFL kneeling ban. Instead the NFL is keeping its majority-black players from addressing issues affecting the black community, and that’s disgusting.

What do you think about the NFL kneeling ban? Let us know in the comments. 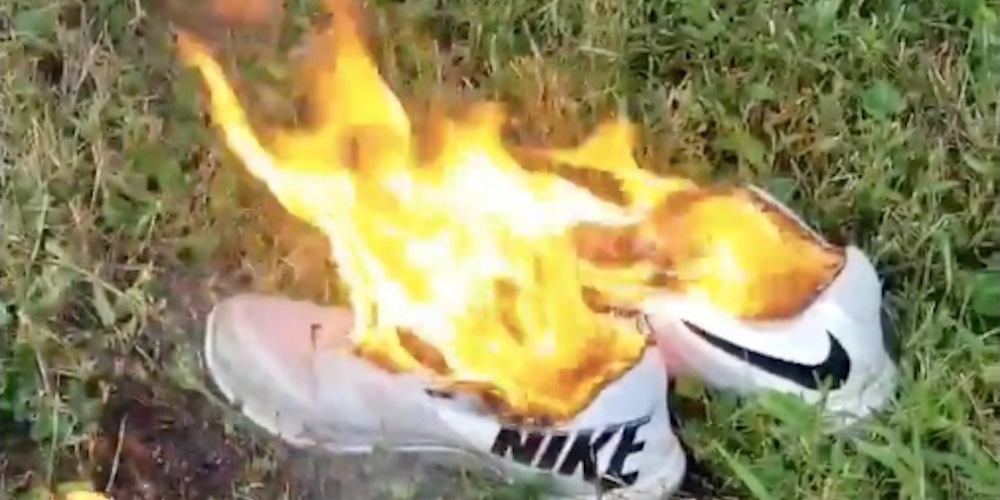 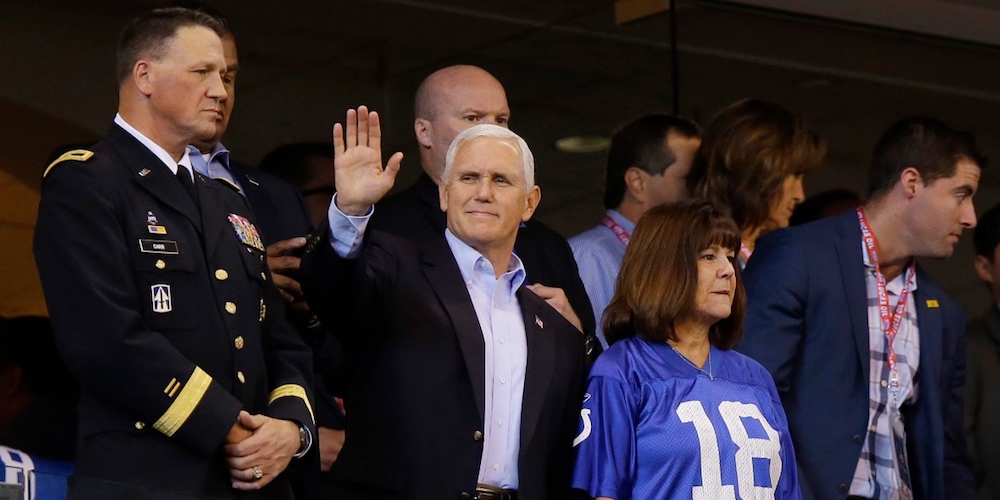 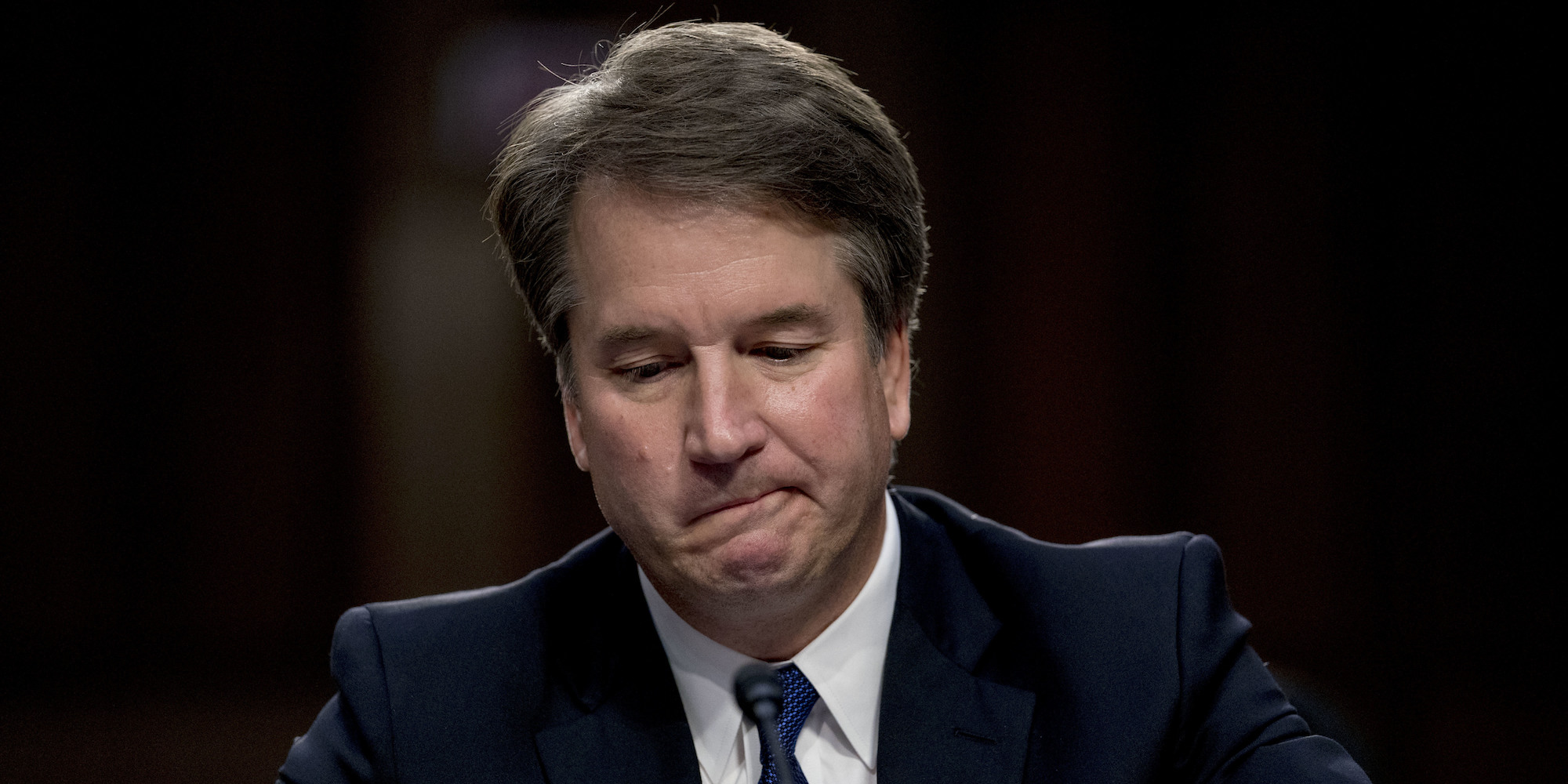 Don't Be Dumb at Brunch: Is Marriage Equality Safe Under Brett Kavanaugh?
English