This Week’s #HornetGuy, Gabriele, Wants to Take You on a Mountain Getaway

Meet Gabriele, this week’s #HornetGuy. He’s a 27-year-old living in Windsor, in the United Kingdom, but he’s originally from Genova, Italy. He’s a freelance translator and video game tester, and he’s looking for a real relationship — no hookups for him!

As we mentioned, though he lives in the United Kingdom, he was born in Italy, and as you might expect, he’s a world traveler. He says, “Throughout my life I have lived and worked in many different places, such as Russia, the United States and Mexico.”

Befitting a world traveller, Gabriele is very interested in language. He tells Hornet, “I am passionate about languages and neurolinguistics. My master’s dissertation was on Xenoglossy, the ability to speak languages apparently unknown by the speaker.”

It’s not all serious business with Gabriele, either. He’s an avid horror movie fan, and a big fan of jokes and puns. He considers puns “like a puzzle … It’s all about language use and reasoning and keeps your mind in good shape.”

Speaking of good shape, this week’s #HornetGuy takes very good care of himself. He’s a big sports fan, and works out a lot. He’s very careful about what he eats, too.

Gabriele says he’s on Hornet to find dates and friends — but you’ve got to have a face pic. Though he says he prefers twinks and athletic guys, he’s open to anyone he has a connection with. But he’s interested in more than a hookup. He says, “I’m into fun, but not the boring ‘hookup and goodbye forever.’ I’m into real, passionate fun, a gift of the self; an intimate union.”

We asked him what his perfect weekend would be, and he was quite specific: “A weekend in the mountains, hiking in the day and chilling in the evening, eating good food and a glass of quality red wine. The weather would be sunny during the day, leading into a big thunderstorm at night, so we could hear the thunder and the relaxing sound of heavy rain, safe inside our cabin.”

If you want to spark a conversation and connect with Gabriele, you can follow him on Hornet: @calvinfever.

You, too, can be a #HornetGuy. All you have to do is sign up here. 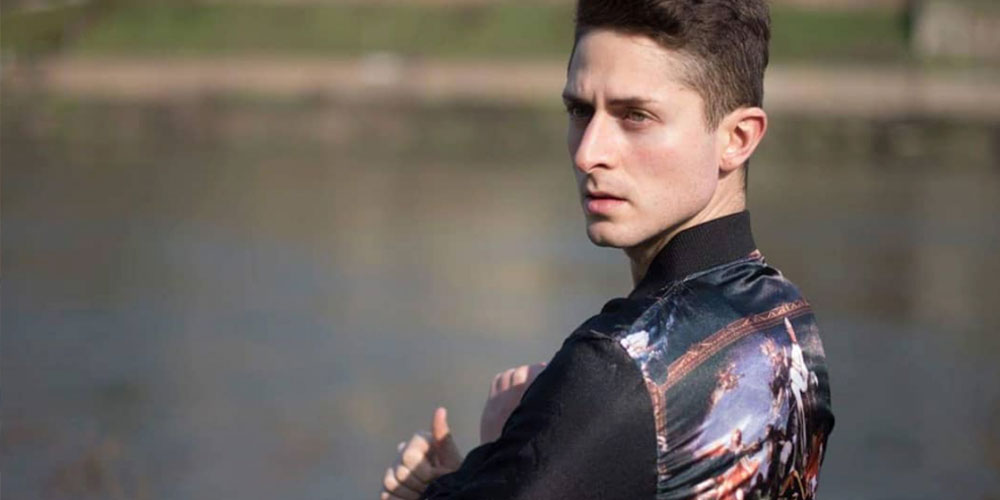