It’s not bicycling more than 75 miles a day or baking in the California sun that scares Adan Ramos, one of some 2,500 cyclists embarking on AIDS/LifeCycle 2018. It’s the Porta Potties and communal showers. “I’m a city boy. I’ve never even gone camping,” Ramos says.

This year’s ride, kicking off June 3, is Ramos’s first. The event is a seven-day ride from San Francisco to Los Angeles, benefiting the Los Angeles LGBT Center and San Francisco AIDS Foundation.

“I had never even heard of it before,” the 22-year-old confesses. “When my friend asked me to do it with her, I said no way. Cycling is expensive — and what if I bought all that gear but didn’t make the fundraising minimum? But I started researching it, and I realized it was going to make a huge difference in some people’s lives.”

AiDS/LifeCycle 2018 will be Adan Ramos’s first

Though new to the event, Ramos is steeped in HIV/AIDS education. He’s currently getting a master’s degree in Public Health and works with HIV-positive patients at a clinic in East Los Angeles. But he says he was missing out on the human side of facing the virus. “I’m hoping I can hear people’s stories, especially from the older generation, when it was so much tougher,” he says.

HIV disproportionately affects young gay Latinx men, and Ramos believes being a ride ambassador during AIDS/LifeCycle 2018 will help get the message of treatment and prevention to his community. “I want to inspire other young people to help end AIDS,” he says. “There are many sacrifices to make when committing to do AIDS/LifeCycle, but if I can do it, then anyone, regardless of age, can do it, too.”

While Ramos is a newbie, 28-year-old Andrew Vo is preparing for his fourth AIDS/LifeCycle. A dentist and captain in the U.S. Army, he’s riding as co-leader of Team OUTserve, comprised of 24 service members and veterans from the Air Force, Army, Navy, Coast Guard and Marines.

It was his OUTserve teammates — who’ve raised more than $170,000 this year alone — that helped Vo come out to his parents. “My family is very strict Vietnamese Catholic. When I came out, my parents said I was sick, that I should talk to a priest,” he says. “I don’t have a lot of gay friends, so having this surrogate family really helped me.”

Andrew Vo is preparing for his fourth AIDS/LifeCycle

His first year, though, Vo rode solo — an experience he describes as “scary.”

“I had no guidance, and I really didn’t follow instructions,” he says. “Even though they kept saying to drink, I got dehydrated and ended up on an I.V.”

And though he teaches spin class, Vo had never really ridden outdoors. “I didn’t know about gear shifts! So I was pushing twice as hard uphill. I was close to giving up, but I could see everyone struggling and it inspired me to push forward.”

Before AIDS/LifeCycle, Vo says he didn’t know anyone who was HIV-positive. “I fell into the category of making judgments about people [who were positive],” he says. “So I knew I needed to educate myself more, both for me and for my patients.”

On the ride, cyclists get information about transmission, treatment and prevention. And each night, as the riders and roadies settle down, the day’s journey is recapped and stories and perspectives are shared. “I cry almost every night,” Vo says.

One of the most inspirational stories he can remember came from a couple who rode in memory of their son: “He had died from HIV-related illness. They rejected him when he came out, but really transformed into these amazing parents trying to help others. It reminds me of the evolution my own parents have gone through.”

Over the past quarter-century, cyclists like Ramos and Vo have helped raise more than $251 million. But the fight against HIV is far from over.

“In the seven days that it will take our riders and roadies to reach Los Angeles, more than 700 people in the United States will contract HIV,” AIDS/LifeCycle Ride Director Tracy Evans tells Hornet. “This shouldn’t be happening at all, and this is why we’re riding our very best to raise the awareness that HIV and AIDS still exists.” 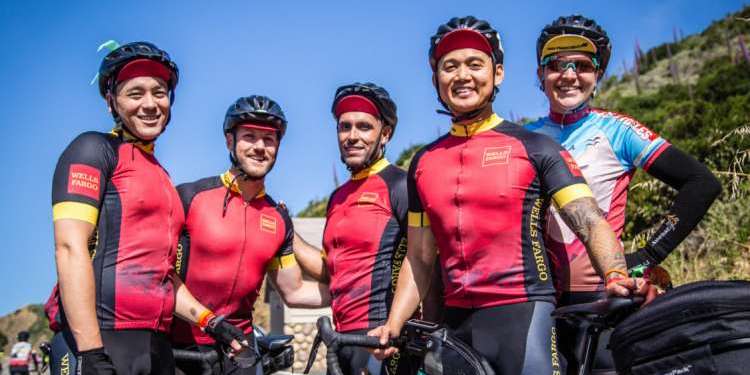 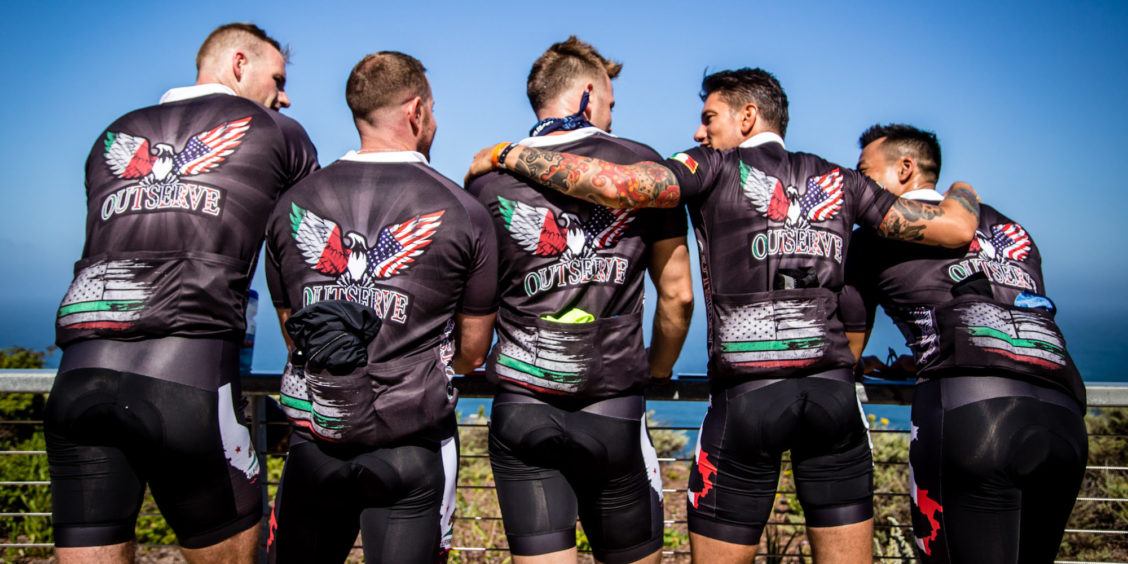 27 Sexy, Fun & Inspiring Pics From the First Half of AIDS/LifeCycle 2017 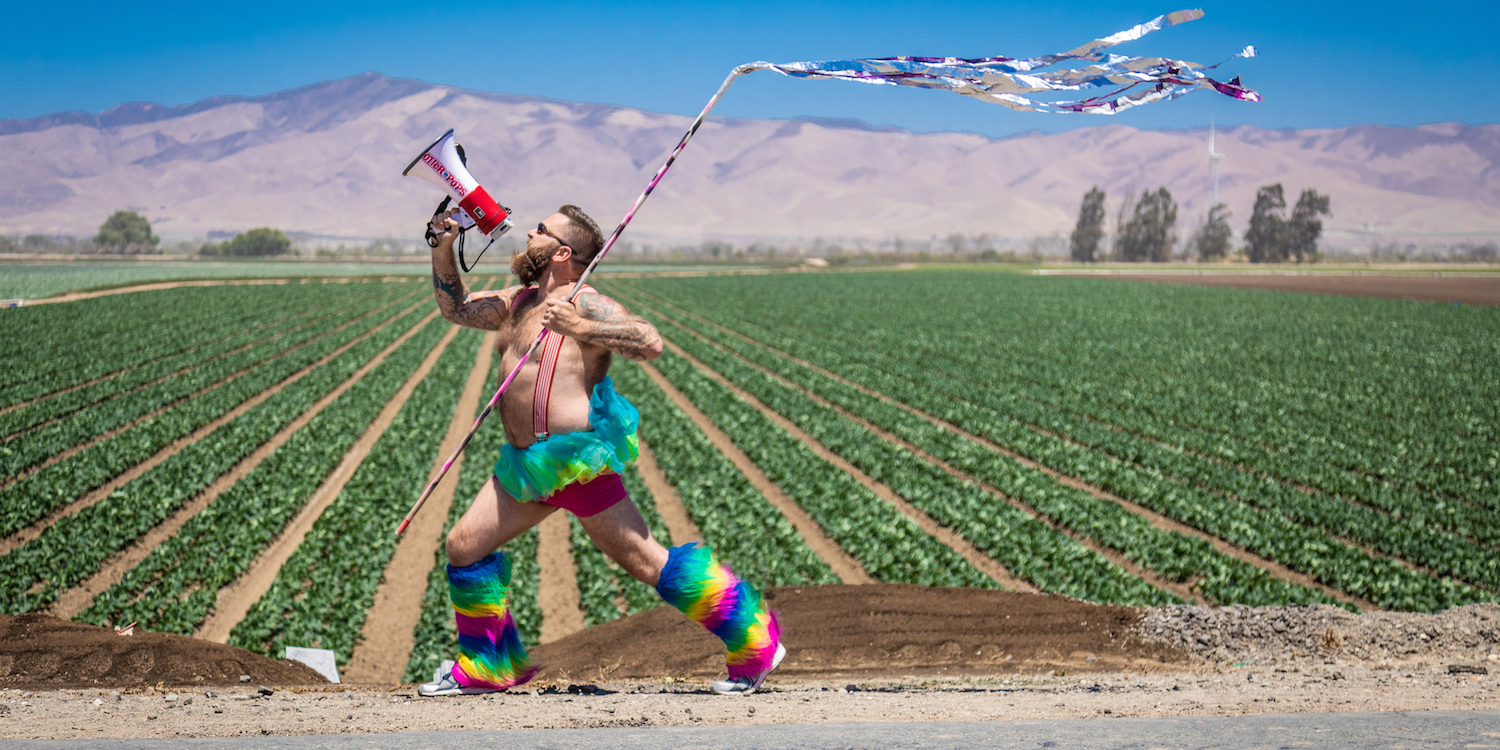 For More Than a Decade, the Otter Pop Stop Has Been a Highlight for AIDS/LifeCycle Riders
English