Cuba’s New President May Soon See Rainbows All Around the Island, Thanks to This LGBTQ Activist

Written by Daniel Villarreal on April 19, 2018
Be first to like this.

People are abuzz about Cuba today because the Communist island nation just appointed its new president, Miguel Diaz-Canel, a 57-year-old who was born after the 1959 conclusion of the Cuban Revolution that brought Fidel Castro and his family into nearly six decades of power. As Cuba’s new president assumes power, longtime San Francisco-based LGBTQ activist Michael Petrelis has started a campaign to distribute rainbow flags across the island in time for its May 17 commemoration of the International Day Against Homophobia.

Will life for LGBTQ citizens improve under Cuba’s new president?

Although Diaz-Canel’s ascension marks a generational change, its unclear how much he’ll be able to boost the nation’s economy in a country that is, in essence, a one-party state. The Communist party and the military will still be run by Fidel’s brother, Raúl Castro. The nation’s crumbling infrastructure and its uneven dual currency system seemed likely to be helped by foreign investors coming to the island after warmed up diplomatic relations by the Obama Administration.

But those relations have cooled off considerably under Trump-era travel restrictions to the island. Diaz-Canel himself said that he will continue to pursue the revolution’s ideals and crack down on independent media.

This doesn’t bode well for LGBTQ progress on the island under Cuba’s new president.

While we wondered in 2015 whether marriage equality might come to Cuba, the island’s one-party system and its laws restricting free press, public protests and political organizing have all hampered political tools that LGBTQ activists used to secure rights in America, making it hard to move past the island’s history of institutionalized homophobia.

Furthermore, Mariela Castro — Castro’s niece —  has worked as a unifying force for Cuban LGBTQ rights, but her group (CNSEX) is literally the only Cuban LGBT rights organization recognized by the government, even though others exist. Nevertheless, Cuba outranks most other Latin America island nations in its recognition of LGBTQ rights.

San Francisco LGBTQ activist Michael Petrelis has started a project called Arcoiris Para Cuba / Rainbows for Cuba, raising money to import rainbow flags and other rainbow-colored trinkets into the island as a way to increase visibility for its queer residents and as a way to build friendships and future collaboration efforts between Cuban and American LGBTQ people.

Petrelis has launched a $1,500 crowdfunding campaign for his effort, and San Francisco Pride has reportedly already offered some flags for him to send to Cuba.

On the crowdfunding site, Petrelis writes, “I expect to spend $500 on rainbow flag-themed jewelry and related trinkets; $500 on capes, hats and scarves; $300 on stickers; and $200 for shipping and handling expenses.”

He’d like to have the items on the island by May 17, the International Day Against Homophobia, a day that Cuban LGBTQ activists commemorate with a march in Havana, lectures, parties and film screenings.

Do you think Cuba’s new president and Petrelis’s rainbow flag campaign can improve LGBTQ life in Cuba? Sound off in the comments. 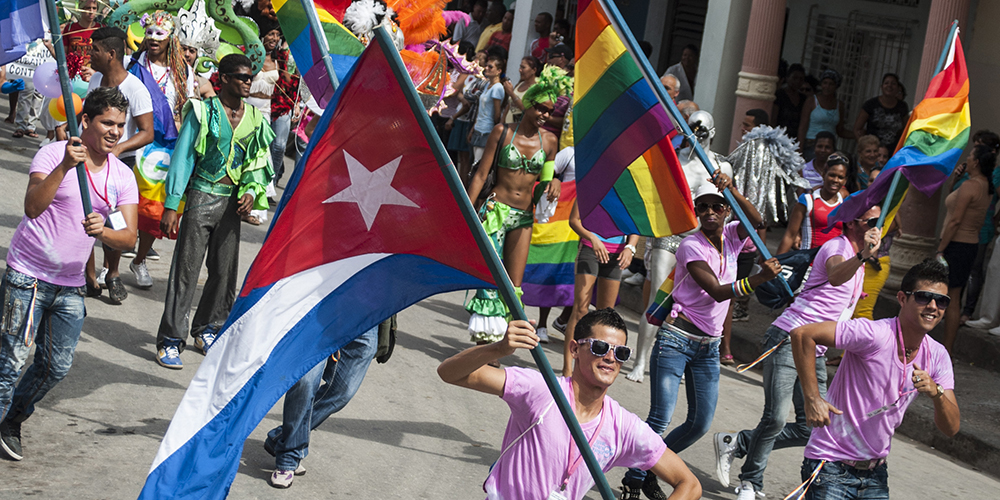 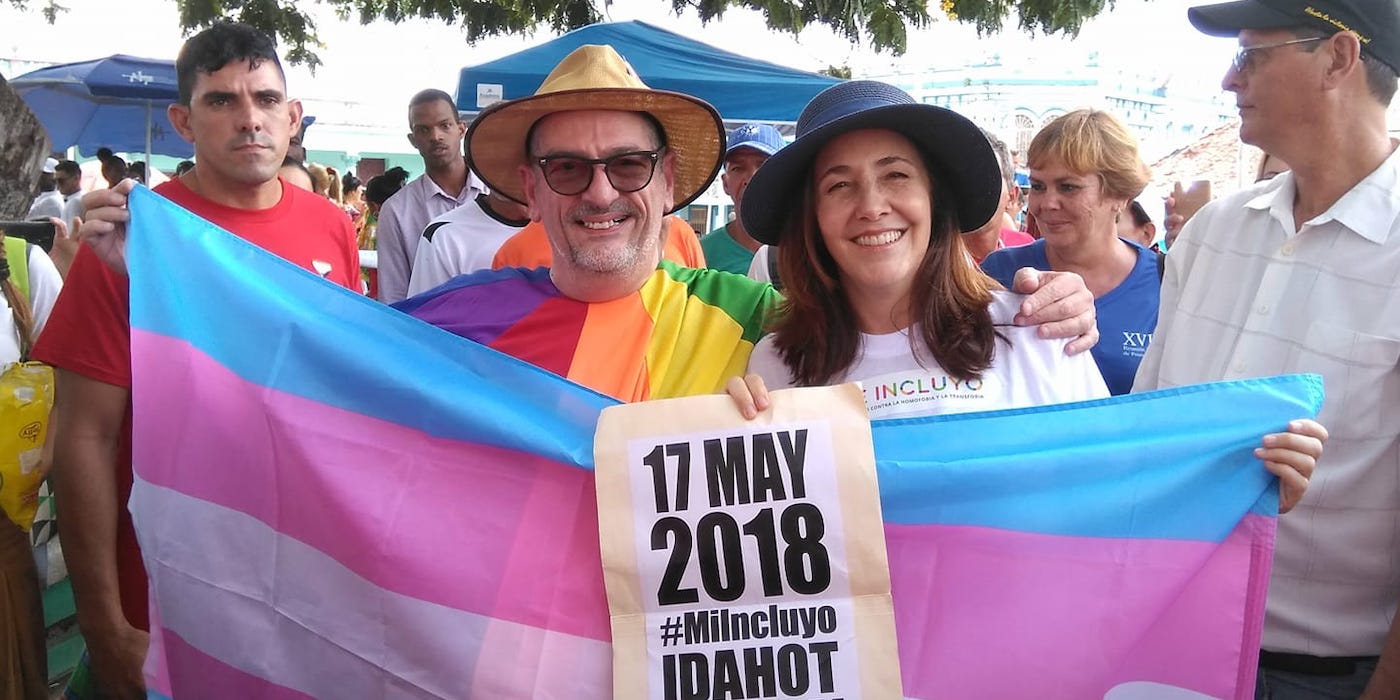 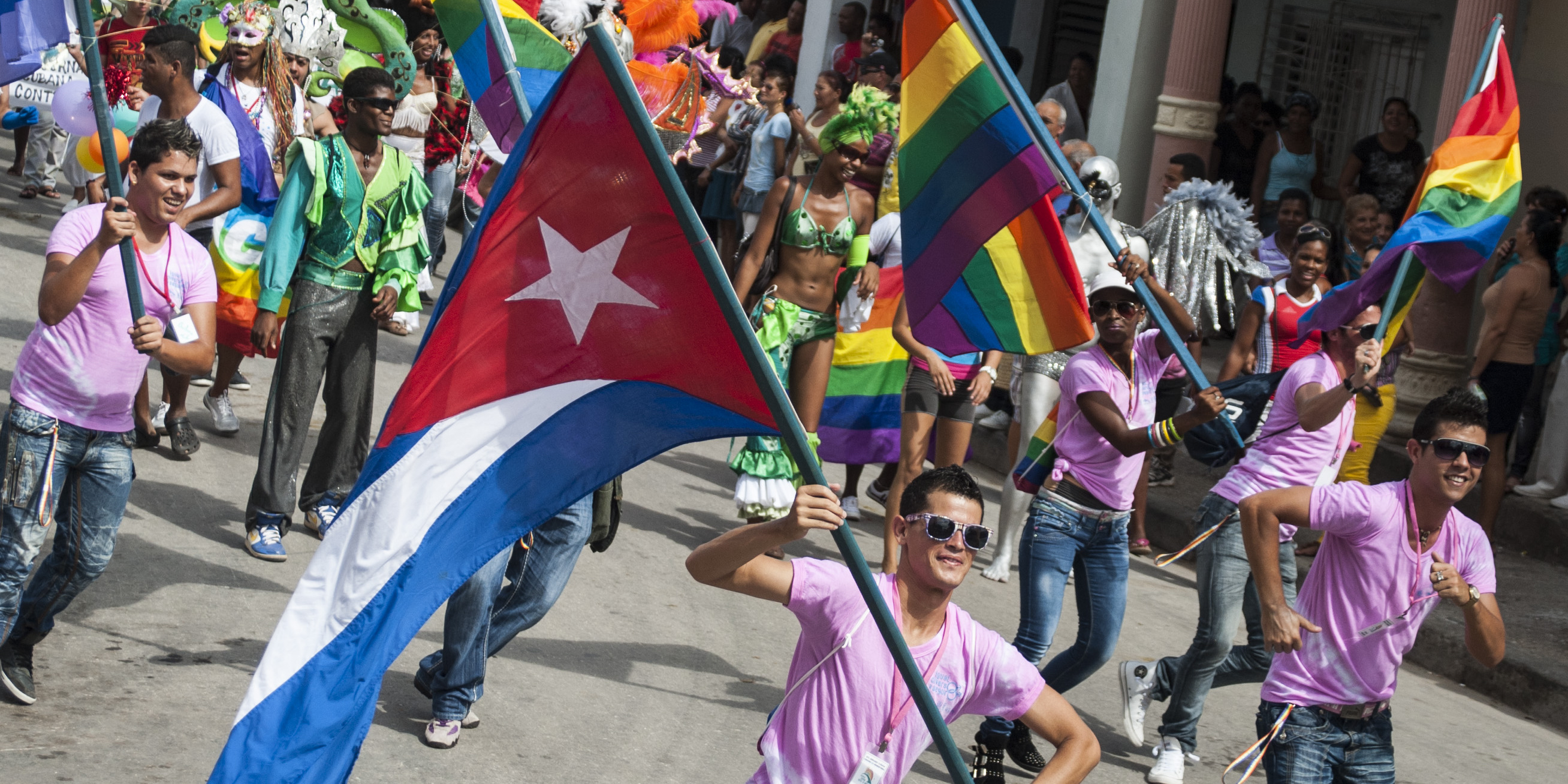 Cuba Could Get Marriage Equality as Soon as This Year
English