If Stretches and Breathing Aren’t Hardcore Enough for You, Check Out Death Metal Yoga (Video)

Written by Daniel Villarreal on January 23, 2018
Be first to like this.

Thode, the German-born instructor who has been teaching the “Metal Yoga Bones” class since 2014, said she found traditional yoga classes “too uptight and judgmental.”

So instead of starting her classes by chanting “Om” or a gentle “Namaste,” she tells students to image the week’s stressors, let them go and then she stands firm on her mat and lets out what she calls a “warrior scream.”

Thode takes traditional yoga poses and renames them — like the “fuck you” pose, the “destroyer” pose and the “stage diving” pose — and adds a fun metallic edge by having her students do the metal sign, flip a middle finger, play air guitar or do a warrior scream of their own while executing poses.

Meanwhle, heavy metal music from bands like Cannibal Corpse plays in the background while her metalheads stretch and sweat it out.

Here is a video of Thode’s death metal yoga class:

As one writer pointed out, it makes sense why Metal Yoga Bones might appeal to western fitness enthusiasts (even if Thode does occasionally encourage her students to jokingly shout, “Praise Satan!). Yoga, which is rooted in Eastern spiritual traditions, can seem foreign and off-putting. Many of the pose names come from nature and have originally Sanskrit names, the music can seem new age-y and the focus on form and flow can take the fun and enjoyment out of exercising with others.

So if you like classic yoga, Thode’s classes still incorporate Vinyasa stretches. But if you like live music, heavy metal or just having fun, you might enjoy her classes. They cost $13 for 90 minutes,  take place in the dim backroom of the Cobra Club bar and some even end with a mosh pit. 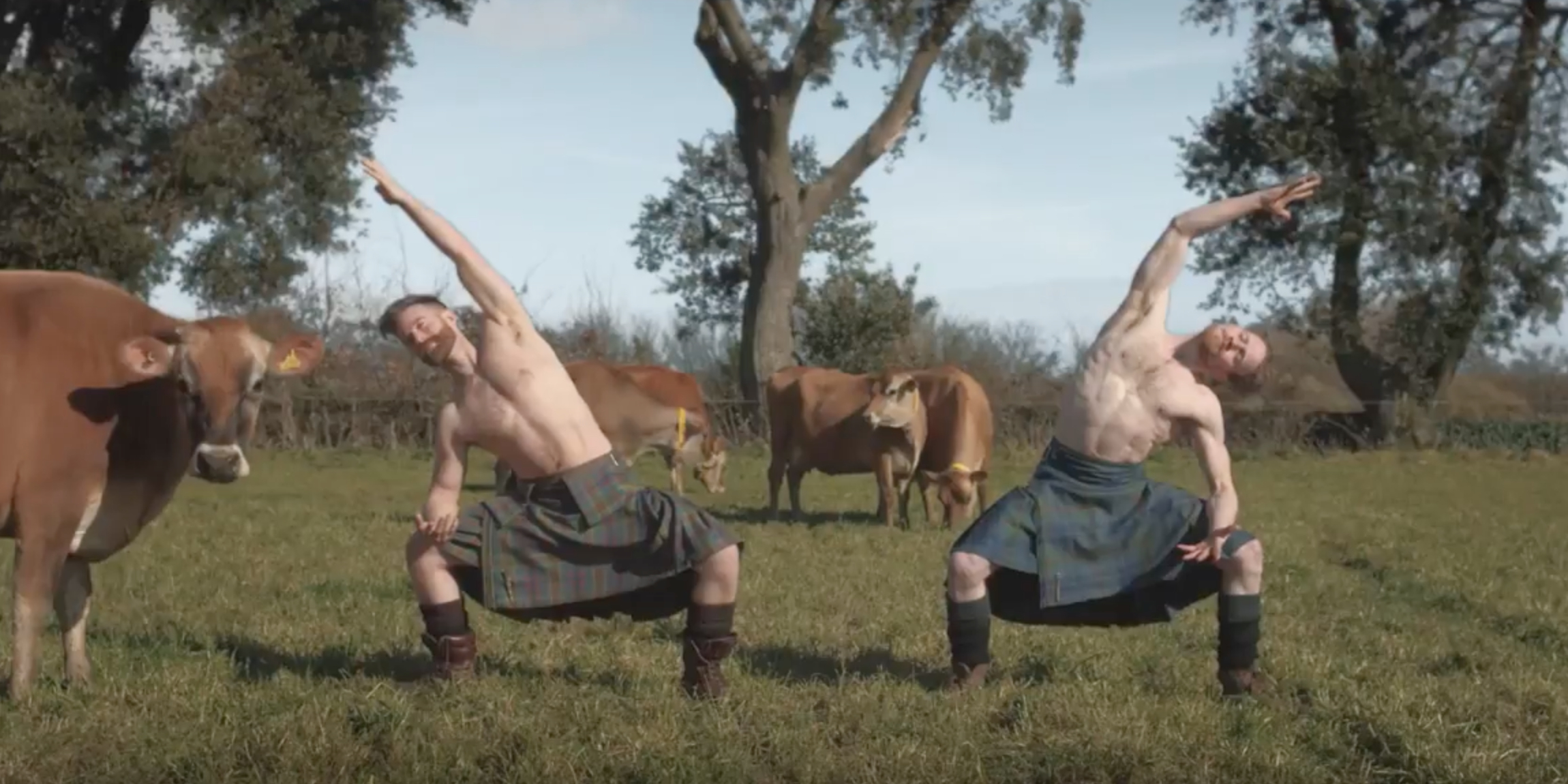 If This Kilted Yoga Duo Doesn't Make You Want to Visit the Island of Jersey, Nothing Will
English