The Grandson of Singapore’s Founder Came Out as Gay, But When Will the Country #DecriminalizeLGBT?

While Singapore criminalizes homosexuality, things could be getting better there. Li Huanwu, the grandson of Singapore’s founding Prime Minister Lee Kuan Yew, came out as gay last month. Though Li has been outspoken about gay rights in Singapore, he had previously done so under the guise of an ally. And as important as high-status allies are, Li’s coming out is important because of his family’s centrality to Singapore’s political and cultural identity.

Li Huanwu came out in a photoshoot for the art project Out in Singapore, which focuses on Singaporean gay couples. Li, 31, was photographed with his boyfriend, Heng Yirui, a 27-year-old veterinarian. (Li’s job is simply credited as “general manager.”)

Even before he was out, Li Huanwu was a supporter of the Singapore LGBTQ rights organization Pink Dot. Pink Dot gets its name from the annual event where LGBTQ people and allies dress in pink and form a giant pink dot in Singapore’s Hong Lim Park.

The inaugural Pink Dot event in 2009, photo by Roy Tan.

Li Huanwu isn’t the only activist in his family. His grandfather, Lee Kuan Yew, who died in 2015, spoke out against the criminalization of homosexuality in 2007.

He said, “If in fact it is true, and I have asked doctors this, that you are genetically born a homosexual — because that’s the nature of the genetic random transmission of genes — you can’t help it. So why should we criminalize it?”

Though homosexuality is illegal in Singapore and punishable by up to two years in prison, prosecutions are thankfully rare. Lee Kuan Yew’s son (and Li Huanwu’s uncle) Lee Hsien Loong has also said Singapore shouldn’t arrest LGBTQ people, though he has not moved to repeal the laws. The younger Lee said that removing the law “will not remove the problem” of homophobia.

He added, “If you look at what has happened in the West, and in Britain, you decriminalised it in the 1960s, your attitudes have changed a long way, but even now gay marriage is contentious. In America it is very contentious. Even in France, in Paris, they have had demonstrations in the streets against gay marriage.”

We don’t buy Lee Hsien Loong’s explanation, but maybe his nephew coming out will convince him to #DecriminalizeLGBT in Singapore.

Congrats to Li Huanwu for coming out, and here’s hoping Singapore will honor Lee Kuan Yew’s wishes and decriminalize homosexuality. 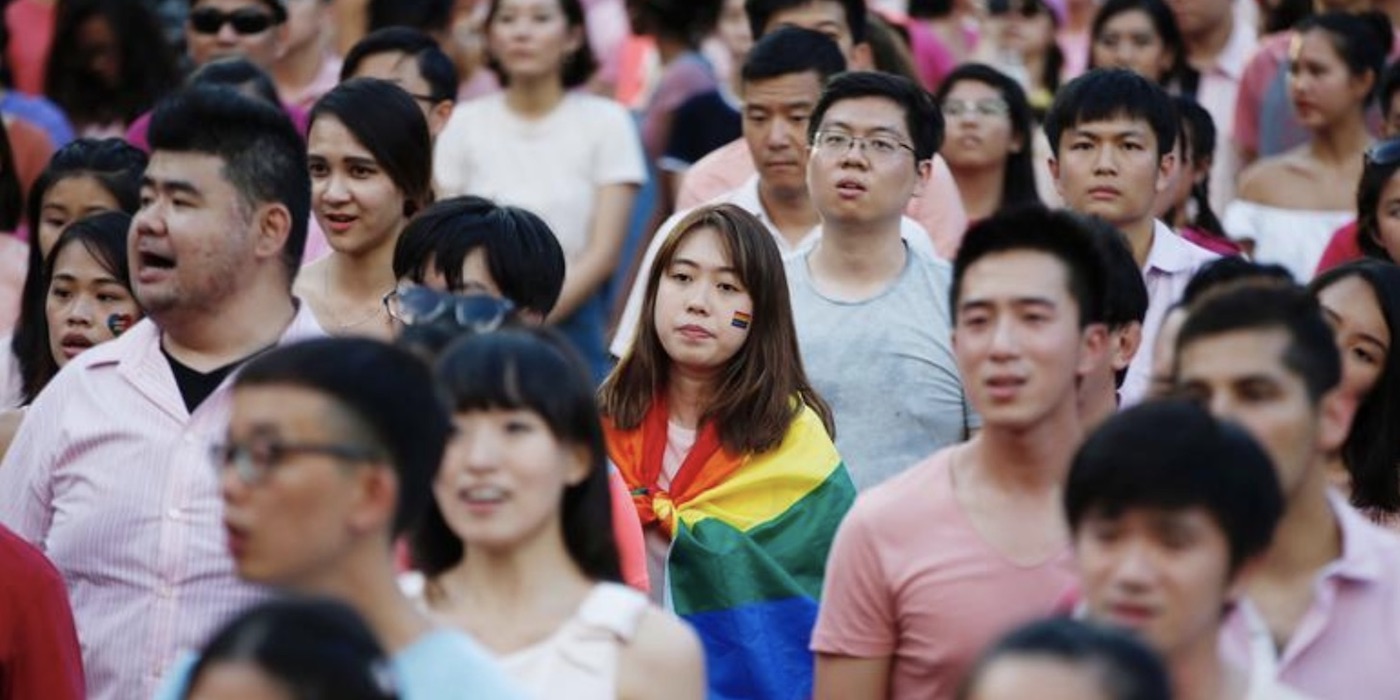 Sign This Petition Urging the Singaporean Government to #DecriminalizeLGBT