According to a new survey, Germans are widely accepting of LGBT people. But stories of discrimination and violence appearing on Twitter with the hashtag #MeQueer paint a different picture.

According to a poll by Playboy Germany, some 70% of Germans would be fine if their child came out as gay. That same percentage supported forcing insurance companies to cover gender confirmation procedures.

LGBT people celebrate the massage of marriage equality at the Brandenburg Gate.

Of course the reality of life for LGBTQ people in Germany is somewhat different than how straight people may imagine in a survey: The country only passed marriage equality in 2017, one of the last in Western Europe to do so. The hashtag #MeQueer first surfaced on German Twitter earlier this year, with users sharing acts of homophobia — being called names, getting attacked in the street, and even being told they should be gassed like concentrate camp victims.

One government report found that hate crimes against gay Germans rose from 102 in 2016 to 130 in just the first half of 2017. A separate study found that gay and bisexual men earned 2 Euros less an hour than their straight counterparts.

The Playboy survey also uncovered some pretty rampant Islamophobia: More than 70 percent of respondents supported banning teachers and public servants from wearing hijab. And more than half (55.7 percent) said they wouldn’t want a mosque near their house. A quarter (26%) wouldn’t want a Muslim as a neighbor.

In comparison 36 percent of respondents in a 1991 survey said they wouldn’t want a gay person as a neighbor. By 2008, though, that percentage dropped to just 13 percent.

Muslim immigration has been a point of contention in Germany since at least the 1950s, when Turks first started emigrating in notable numbers.

“Some of the many factors playing a role here are, of course, that coming out is voluntary,” sociologist Melanie Steffens told Deutsche Welle. “The LGBT community has somewhat more control over how much of their identity people see.”

And, Seffens adds, laws create new social norms: “So when you legalize gay marriage, that goes a long way for creating acceptance.”

There is also the perception that Islam “threatens the liberal social order,” she says. While ethnic Germans may have LGBT people in their families, Arabs are seen as “Other.”

Right-wing protestors march against the high number of Muslim refugees who have moved to Cottbus. (Photo by Carsten Koall/Getty Images)

The right-wing Alternative for Germany (AfD) party made huge inroads last year, claiming 94 seats in the Bundestag and becoming the country’s largest opposition party. The AfD opposes both marriage equality and immigration from the Middle East, as well as abortion rights, the EU, and government management of social programs.

Leaders have argued Germany should reclaim its sense of national pride stop dwelling on the country’s Nazi past. 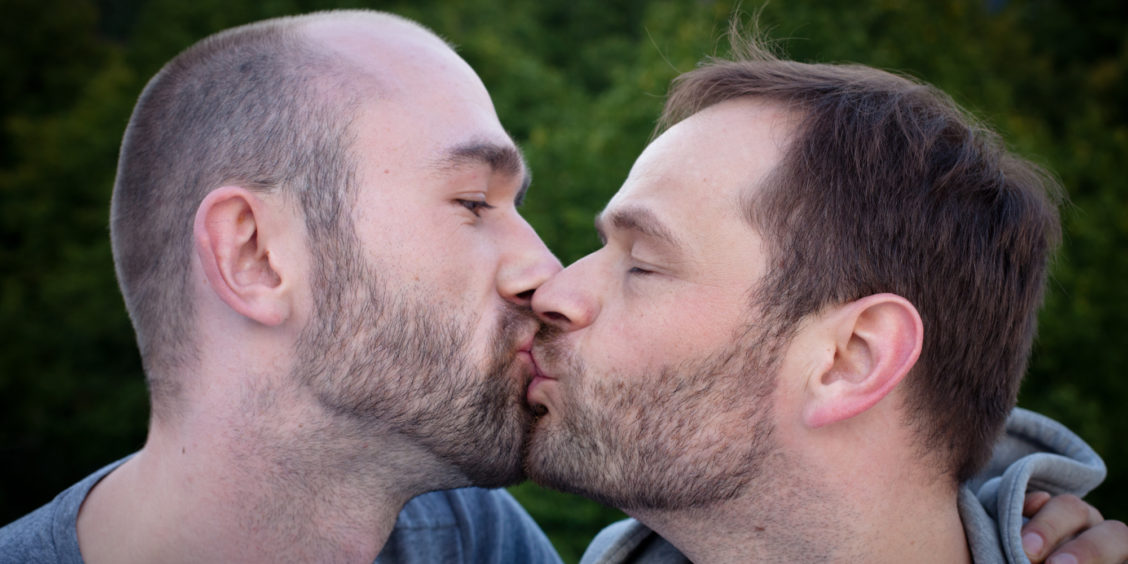