Why Is My Pee Not Yellow? Inside the Colorful World of Urine

Written by Stephan Horbelt on April 13, 2019
Be first to like this.

It’s something many of us are taught from a young age: Your urine should resemble the color of lemonade, and anything darker than a pale shade of yellow means you’re dehydrated. Oh, but it’s not that simple. Unbeknownst to many, urine can come in many colors — literally every segment of the rainbow, in fact. (Not that you necessarily want it to.) So why is your pee not yellow?

We have our kidneys to thank for the yellow tinge of our urine, caused by a chemical reaction resulting from the organs’ processing of waste. Typically the more dehydrated a person is, the more concentrated his urine becomes, which results in a darker yellow inside the toilet bowl. But what does it mean when urine appears green, blue or — eek! — a cloudy white?

This handy guide is for times when you ask yourself, “Why is my pee not yellow?”:

Heavy doses of beta-carotene, most commonly from carrots, can actually turn your pee orange, but there are also a few over-the-counter pills that can do the same (namely the UTI reliever phenazopyridine and blood-thinner warfarin).

This one isn’t such a cause for concern, as it’s likely due to your taking B vitamins, most likely B12.

Most asparagus-lovers are well aware of the effect the veggie has on the smell of urine, but it can also occasionally tinge your urine green. In other, more rare cases, green urine can signal something called a proteus infection, which can also cause kidney stones. If you haven’t been eating green, go see a doctor.

Believe it or not, blue pee is possible, caused by hypercalcemia, a rare genetic condition that results in too much calcium in your bones.

Best case scenario, you recently ate something that can tint the color of your urine red. Rhubarb, blackberries and beets are all potential culprits. (In fact, red or pinkish urine after eating beets is common enough to be called beeturia.) But if you haven’t indulged in any of those foods, or if red pee lingers after more than a day, you may want to call your doctor, as it could signal a bladder or kidney tumor. And if you notice blood clots in your urine or pieces of tissue along with a red tint, get thee to the ER.

Much like red pee, brown urine can be caused by a couple of different foods, like fava beans or rhubarb, but it can also be a sign of something seriously wrong, like a tumor. Also, blood in the urine often reads as brown.

Don’t be fooled into thinking that just because your urine isn’t one of the more vibrant colors of the rainbow that you’re in the clear. Cloudy white urine often signals something bad, like an infection or kidney stones. (Basically, you’re peeing out pus, and that’s no good.)

At any sign of something abnormal with your urine, it’s a good idea to check with your doctor. You’re always better safe than sorry!

How did you find our handy guide is for times when you ask yourself, “Why is my pee not yellow?”

This article was originally published on Aug. 29, 2017 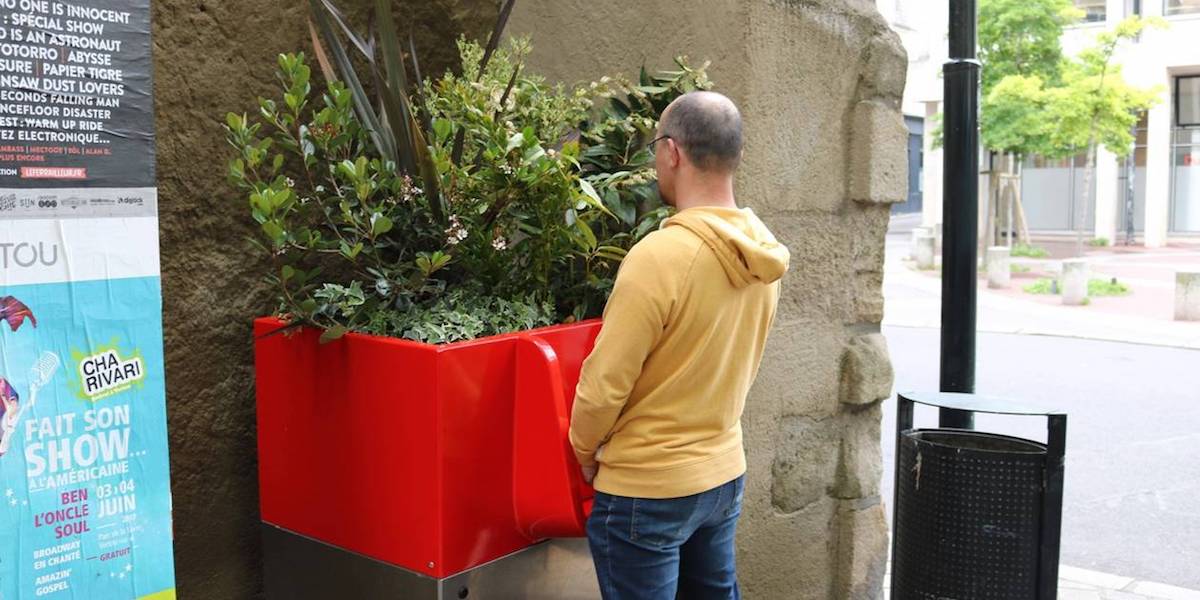