By now, you have probably heard what happened at the 2018 Pride Parade in Istanbul, Turkey. I was there and I will cover that, to describe it as it happened. But first, I’d like to wind the clock back a few days to look at the city of Izmir. Izmir is the 3rd biggest city in Turkey and is probably the most liberal city in Turkey.

On the June 3, the 6th Izmir Pride Parade peacefully took place with over 50,000 participants. The only thing to be seen at the parade were rainbow flags, equality-themed banners and people having a good time. There was no police intervention and there were no homophobic attacks.

Wait? Really? In Turkey? Surely there was a major police crackdown with people being beaten first by the police, and then by the religious fundamentalists! Well, no — that didn’t happen. So, why do we keep thinking of Turkey as going through a homophobic purge?

2018 has been an eventful year for Turkey. On June 24, 16 deputies that  signed a covenant to fight for LGBTQ rights were elected to the Turkish Parliament. It was a milestone for Turkish LGBTQ rights. For the first time, pro-LGBTQ national deputies were elected.

This progressive change largely went unnoticed outside Turkey. Internationally, the main focus was on the President, and then, of course, what happened at the Pride parade in Istanbul. No wonder the world thinks Turkey is cracking down on LGBTQ+ life.

But it’s important to report on the good things happening in Turkey, too. Of course, we don’t mean to minimize or take away from the alarming events in Istanbul. Instead, we want to show a truer picture of the sometimes contradictory sides to Turkish LGBTQ+ life.

For Turkish LGBTQ+ people, 2018 was looking like a good year. But then, the Istanbul City Government refused permission for the Istanbul Pride March. Officials claimed they withheld permission due to “safety concerns” about protecting Pride-goers.

The Republic of Turkey is still under the state of emergency declared in 2016, following the unsuccessful army coup. There was also 2017’s terrorist attack in Istanbul, which provided a paper-thin veneer of justification of the government’s decision to stop Pride. But no one believes this is the real reason, and Istanbul’s LGBTQ+ population was determined to come together and celebrate Pride.

What Happened at the 2018 Pride Parade in Istanbul

In advance of the Pride Parade in Istanbul, all the roads leading to Taksim square were blocked by police on July 1. As crowds tried to go to Taksim Square for Pride, police immediately fired on the crowd with rubber bullets, stopping those who might try to get there.

The blocking off of Taksim Square was not unexpected, so crowds started to gather at an alternative meeting spot — Mis Street, near the square. An impromptu discussion with the police led to a compromise: The Pride Istanbul Committee was allowed to read aloud a press release to the crowd gathered on Mis Street.

As far I saw, there were no homophobic attacks; neither from those in the neighborhood, or anyone there on normal Sunday business. In fact, many of us were inspired to see signs of solidarity with the Pride crowds. People gave marchers free water and literally opened their doors to us — shielding us in their shops when the police pushed crowds back.

Next, an alternative parade spontaneously started on Kurabiye Street. The huge mass of LGBTQ+ people soon flowed to nearby Tarlabaşı Boulevard, which is where the arrests started. To avoid the arrests, the marchers then went to Oda Kule to read a second press release. Finally, people went to Cihangir for the final act of peaceful defiance of the day: throwing colorful ping pong balls from the roof of an apartment.

Don’t let bad press scare you away from Turkey

It’s clear that this year’s Pride Parade in Istanbul was one of the most difficult yet. But we should also be proud that it happened despite the state of emergency, despite police barriers and despite thousands of officers. The LGBTQ+ community refused to be cowed.

Thankfully, apart from the difficulties on Sunday, the other Pride week events went off successfully and with high turnout. Many after-Pride parties were so packed it was impossible to get a ticket. In other words, hardly the homophobic nightmare you might have pictured in your mind.

Only reporting the negative events actually hurts the Turkish LGBTQ+ community. Queer tourists hear these stories and are reluctant to visit Turkey. Turkey is certainly at a crossroads in its history, being pulled in different directions, and it’s impossible to tell what the future will bring.

But if LGBTQ+ people boycott or desert Turkey, how can we build international support for our community? We nee you, more than ever before, to come here and show your support.

Together, we can overcome the police blockades and show solidarity. We need to tell Turkish LGBTQ+ people a simple message: You are not alone. We are not alone.

Back in 2014, the Pride Parade in Istanbul brought out over 100,000 people of all colors of the rainbow, marching together peacefully and celebrating Istanbul’s diversity. That can happen again. We just need your help.

Did you know the full story of the 2018 Pride Parade in Istanbul? 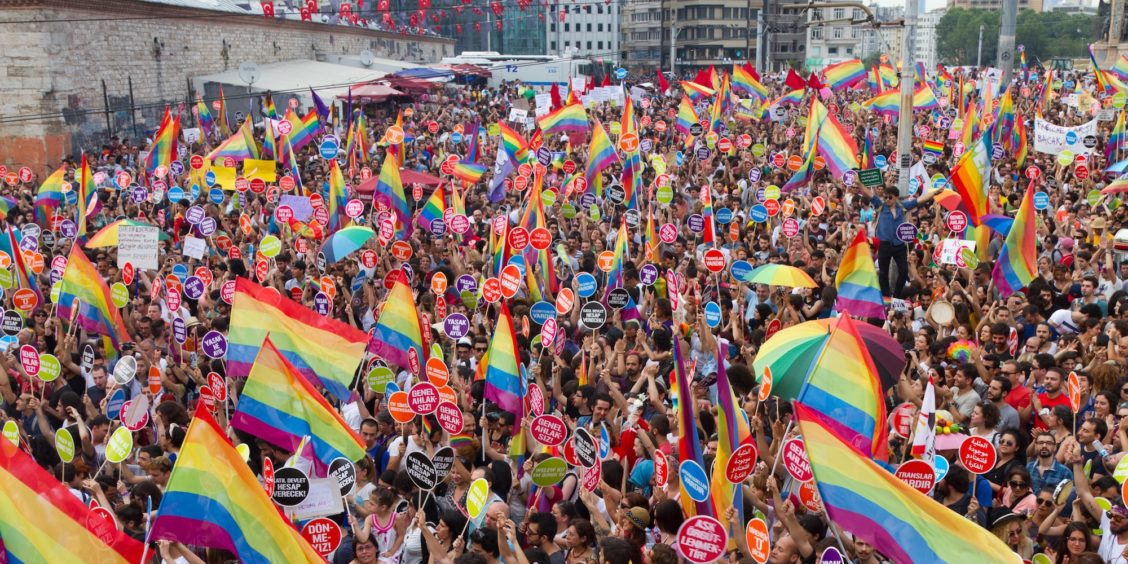 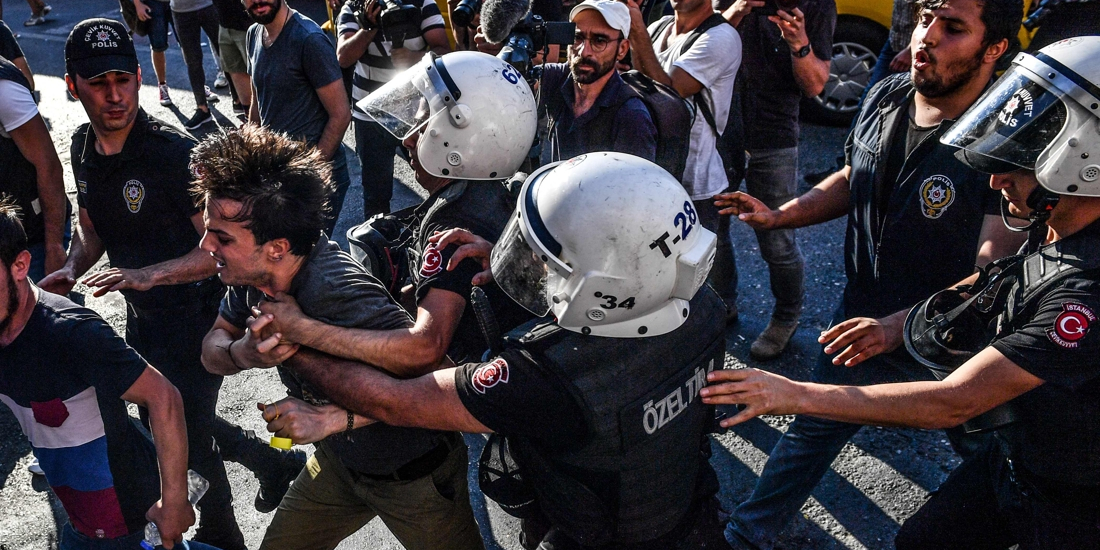 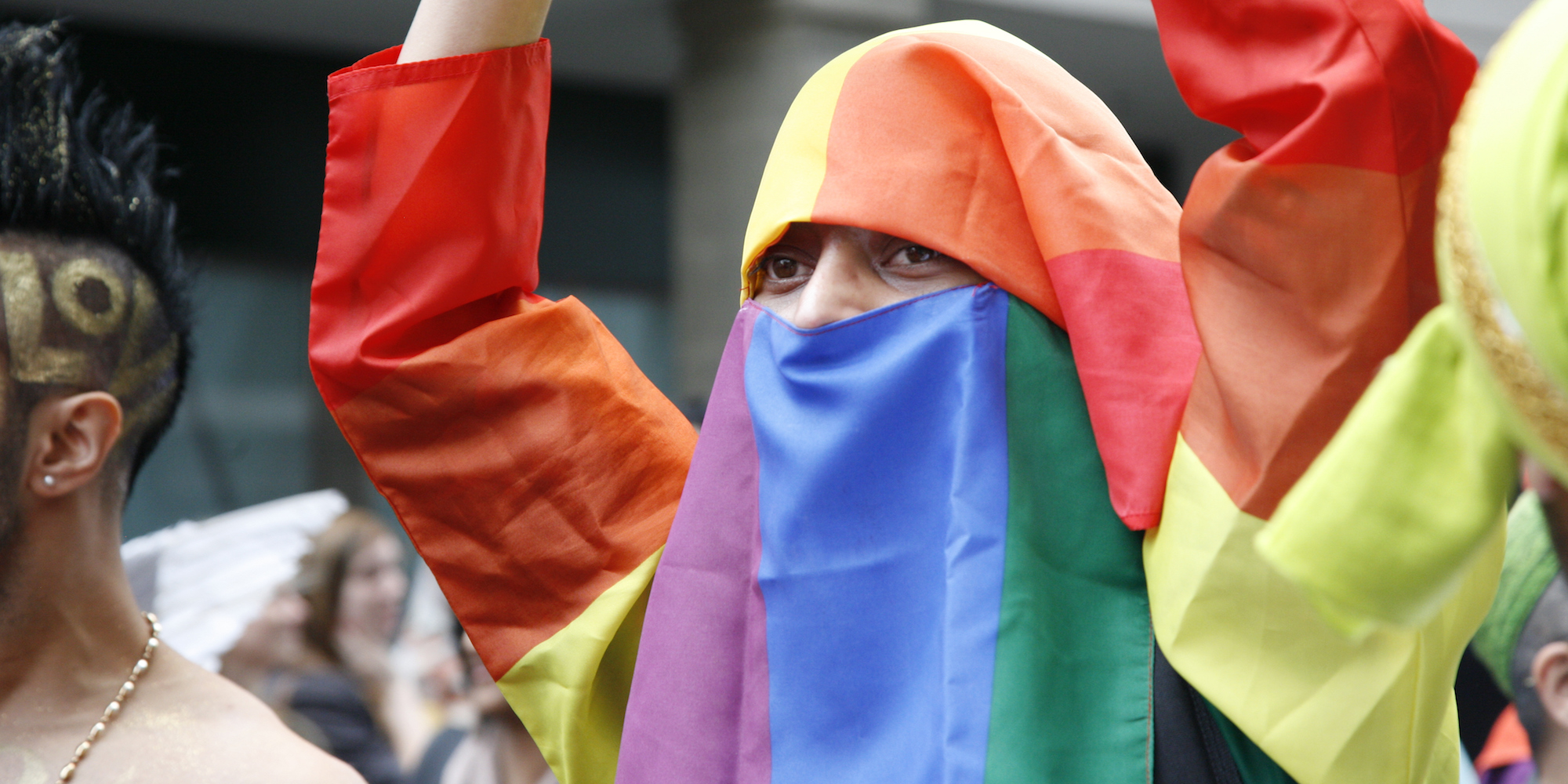