Written by Stephan Horbelt on October 1, 2018
Be first to like this.

Start your week with the Daily Sting, as Hornet gets you up-to-speed on what you might’ve missed in the headlines over the weekend. Today we take a look at yet another successful RuPaul’s DragCon, the second-ever in New York City; we dive into the season premiere of Saturday Night Live, complete with Matt Damon as Brett Kavanaugh and a post-show Kanye rant that has liberals coming for him on Twitter; and we get our very first look at the upcoming Elton John film Rocketman, starring Taron Egerton.

Watch the Rocketman trailer and more with these top seven stories for Monday:

If you found yourself online Sunday you likely came across the cold open from Saturday’s SNL episode (watch it in its entirety here), in which Hollywood A-lister Matt Damon portrayed a petulant, sniffling Brett Kavanaugh. (SNL fans ate up the sketch, which also featured Kate McKinnon as an über-gay Lindsey Graham.) But what you might not have seen was the night’s musical act, Kanye West, unleashing a pro-Trump tirade on the crowd. Sporting a red MAGA hat, West told the crowd, “There’s so many times I talk to, like, a white person about this and they say, ‘How could you like Trump? He’s racist.’ Well, uh, if I was concerned about racism I would’ve moved out of America a long time ago.”

2. NYC Hosted an Influx of Drag Queens This Past Weekend (Drag)

Photo by The Macfarlanes

It was RuPaul’s DragCon NYC this past weekend, marking the second time the convention — produced by RuPaul’s Drag Race production company World of Wonder — came to Manhattan, and nearly 50,000 people attended. In addition to a bevy of in-person appearances by some of the biggest drag queens, the event welcomed several celebrities (Tina Fey, Marc Jacobs and Nico Tortorella among them), included a political march across the convention center floor (led by RuPaul) and saw the reunion of Trixie Mattel and Katya during a panel. “My heart overflows with glitter and gratitude to every creative soul that graced us with their magical presence,” RuPaul remarked at the top of the event, while also taking time to remind the audience to “vote on November 6!”

3. Say Goodbye to Homophobia and Transphobia in Switzerland (News)

It’s now illegal to discriminate against someone for their sexual or gender identity in Switzerland, thanks to a recently passed change to the country’s penal code. Those found guilty of violating the new law could face up to three years in jail. “Homophobia is not an opinion,” says National Councillor Mathias Reynard. “It’s a crime. One in five homosexuals attempted suicide, half before the age of 20. This victory sends a strong signal. I have already received hundreds of reactions.”

During a rally in West Virginia on Saturday, Donald Trump remarked to his crowd of supporters that he and North Korean dictator Kim Jong Un “fell in love” following their June meetup. (Trump even joked that he knew he’d get blasted in the press for making “unpresidential” comments.) “He wrote me beautiful letters, and they’re great letters. We fell in love,” Trump said, also insisting, “We’re doing great with North Korea.” The comments, of course, follow a North Korean foreign minister telling the United Nations General Assembly the country has no plans to dismantle its nuclear program while under U.S. sanctions (which Trump says will remain in place until denuclearization occurs).

Nearly 40,000 new cases of HIV were reported in China in the second quarter of 2018 alone, making more than 800,000 total people affected by HIV in the country. And the vast majority of those new cases were transmitted via sex, not via infected blood transfusions was once the norm there. HIV is said to be quite an issue among China’s LGBTQ population, which faces discrimination amid the country’s staunchly conservative values and a lack of information when it comes to sexual protection. The Chinese government has promised free HIV medication to its citizens since 2003.

Read the full story at the BBC.

Released just this morning, the first trailer for the upcoming Elton John film Rocketman appears to be a surrealistic look at the gay rocker’s life through the 1970s and ’80s. Led by Taron Egerton (who starred alongside John in the Kingsman sequel), the film is being executive produced by John and his husband David Furnish. Egerton has insisted the film isn’t a biopic, instead calling it a “fantasy musical.”

In what is without a doubt the strangest story to emerge from the weekend, Lindsay Lohan found herself on the streets of Moscow interacting with a family she claimed to be Syrian refugees. Filming the entire thing on her Instagram, Lohan introduced viewers to the family before she tried to convince the two children to come back with her to her hotel. The family refused, after which Lohan stalked them down the street, speaking in a faux Middle Eastern accent, and eventually the former actress got struck by the mother. “Now I know who you are, don’t fuck with me,” Lohan says at one point, also accusing the family of child trafficking and saying “Don’t fuck with Pakistan” in her put-upon accent.

That’s your Daily Sting for Monday. What do you think of the Rocketman trailer? 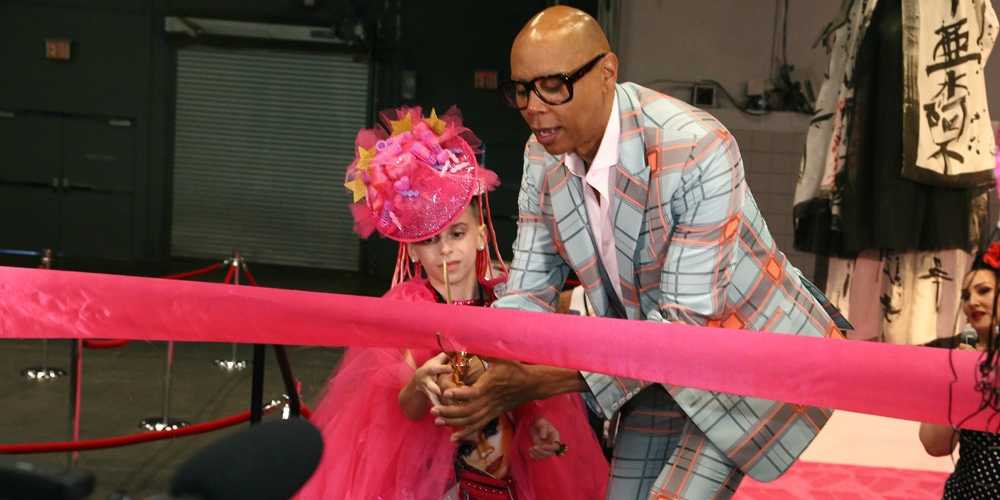 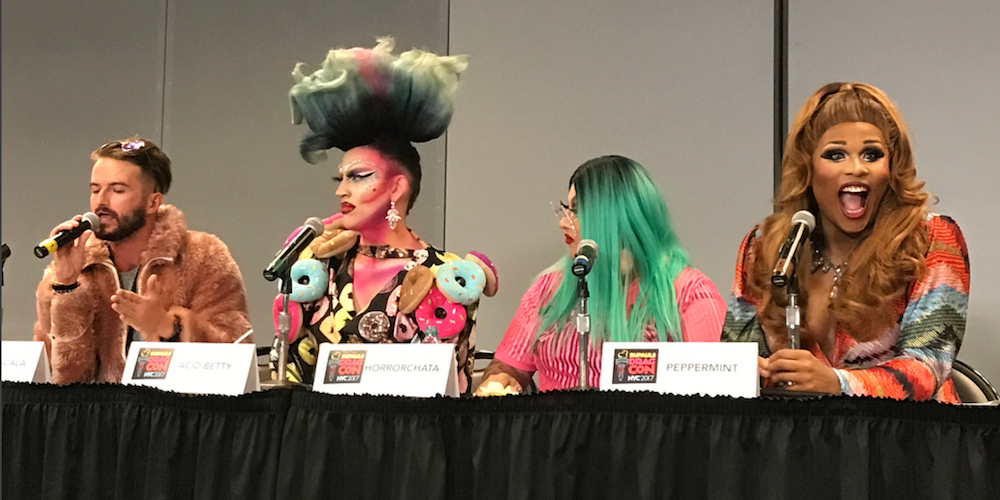 Live From #DragConNYC 2017 Day 1: Photos and Video From the Dragtastic Event 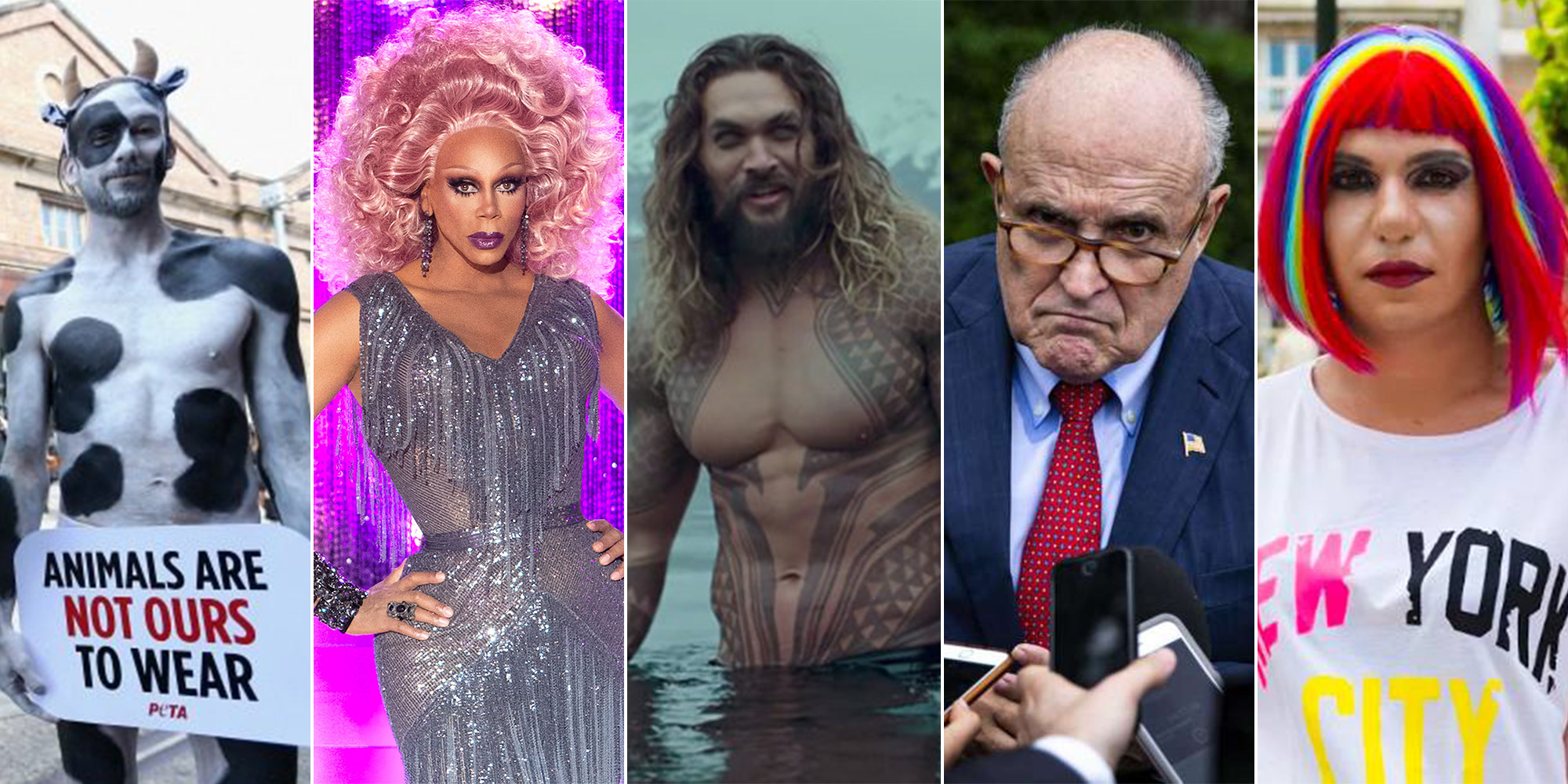