Is Hornet’s Brazilian Man of the Month for April the World’s Sexiest Barber?

For April’s Hornet Man of the Month in Brazil, we thought we’d explore a man of the more ursine persuasion. After tirelessly poring over hundreds of men — truly difficult work — we finally landed on André Moraes.

André’s a 42-year-old barber with his own shop, which is where our wonderful photographer Leonardo Santos staged our Hornet Man of the Month photo shoot. We know that after you see these pictures, you’ll head all the way to Brazil to book your next trim.

HORNET: Congrats, André, on being named April’s Hornet Man of the Month. Who inspires you?

ANDRÉ MORAES: From a very early age I was always headstrong and independent. Honestly, I’m my own major inspiration. I chased after my dreams and became the man I wanted to be.

You have quite a lot of tattoos. When did you get your first one?

I got my first when I was 18. People sometimes ask what my tattoos mean, but honestly, I don’t really like to assign a meaning to them. My tattoos commemorate special moments in my life, but no individual tattoo has any particular meaning itself.

I believe in polyamory. For the past three years I’ve been with two guys in a triad relationship. They’re named Marcos and Reinaldo. They’re now my business partners at Sampa Barberia, our barbershop. We’ve built a friendship, and we know we can each count on the others.

Have you ever found love via Hornet?

Yes, totally! I’ve found boyfriends on the app before — and I was even married for five years. The great thing about apps like Hornet is that you can find anybody — someone for fast sex, or someone you can really build a relationship with.

Seeing as how you’re quite a handsome guy, what’s your secret?

A balanced diet is my secret, though I’m always sure to have the occasional cheat day. As for how I spend my time, I’m addicted to watching TV and movies, as well as studying new barbering techniques. I’m a calm, chill guy. I don’t spend a lot of energy on parties, so maybe that helps make me seem approachable.

Check out some more sexy photos of April’s Hornet Man of the Month, André Moraes:

Which photo of April’s Hornet Man of the Month is your favorite? Let us know in the comments! 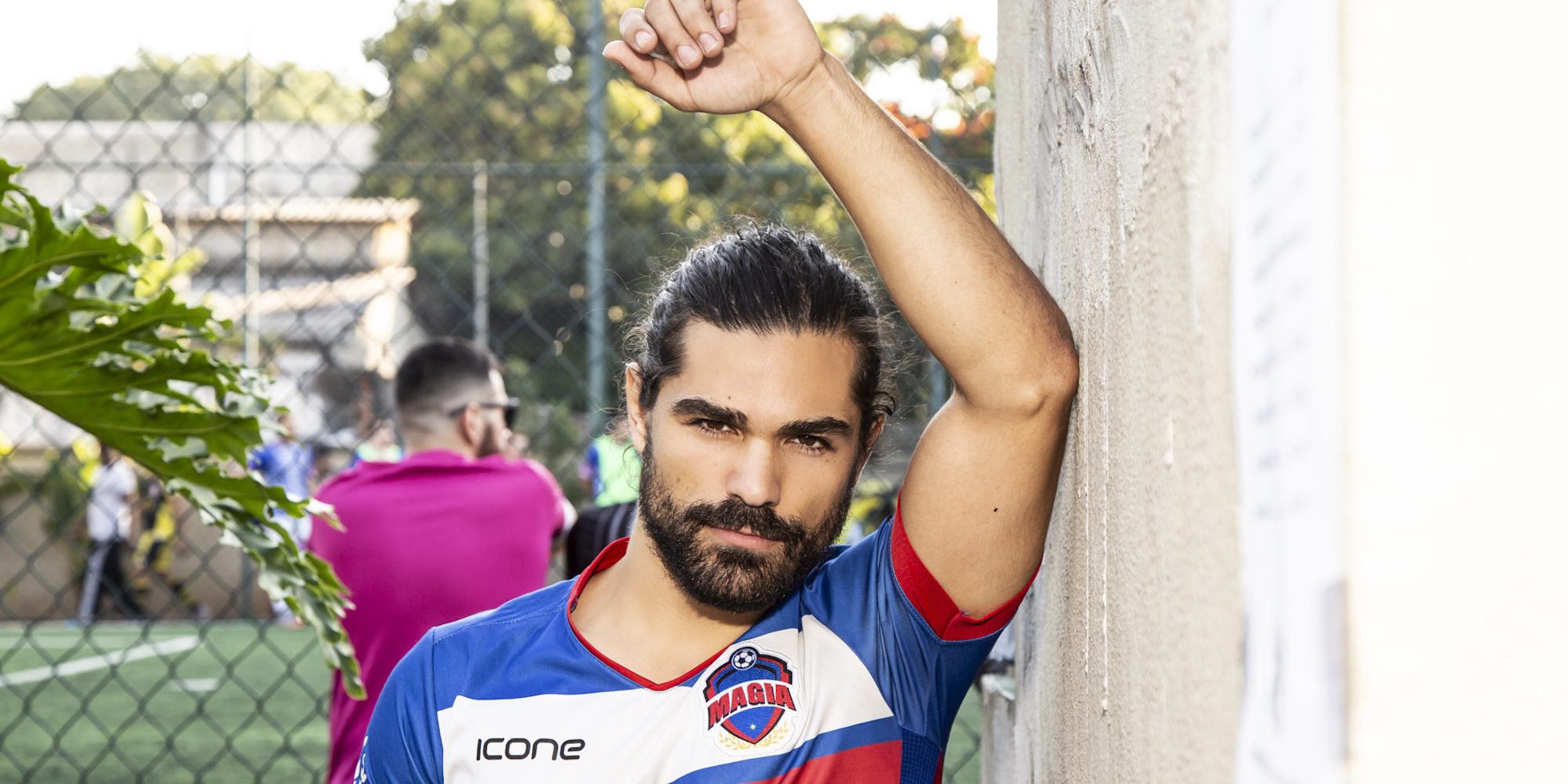 Meet Our Brazilian Man of the Month for June, a Star Player in Hornet's 2018 Soccer Cup
English