Written by Stephan Horbelt on February 25, 2019
Be first to like this.

It’s the morning after the Academy Awards, which means everyone can’t help but weigh in on the night’s big wins, its snubs and — but of course — the good, the bad and the ugly that took place on the red carpet. While all of last night’s celebrities looked perfectly polished on the carpet, it was the Billy Porter Oscars look — a tuxedo gown designed by Christian Siriano — that had everyone talking, and with good reason. But did you know it was inspired by a legend of New York ball culture, Hector Xtravaganza?

It’s a shame the little gold man known as Oscar isn’t also handed out before the show in honor of the most dramatic red carpet look, because Billy Porter would have taken it home handily. Both regal and extremely dramatic, the Billy Porter Oscars look blurred gender lines and proved he’s unafraid to take risks in his personal style. Bravo, sir!

It didn’t take long after Porter posed on the runway — he was interviewing actors and filmmakers before the ceremony as part of the Oscars pre-show — that fans were quick to point out his look’s homage to someone special to the queer community. Hector Xtravaganza, dubbed the “Godfather of Ballroom,” sadly passed away on Dec. 30, 2018, and like Billy Porter he knew how to bring a room to its feet, jaws hanging, with his own fashion choices.

A pioneering member of the New York ballroom scene, Hector Xtravaganza first attended balls in the very late ’70s, and appeared in the lauded documentary Paris Is Burning. More recently he was a consultant on the FX series Pose, which Porter stars on, all about ball culture and the queer people of color who found a community therein. 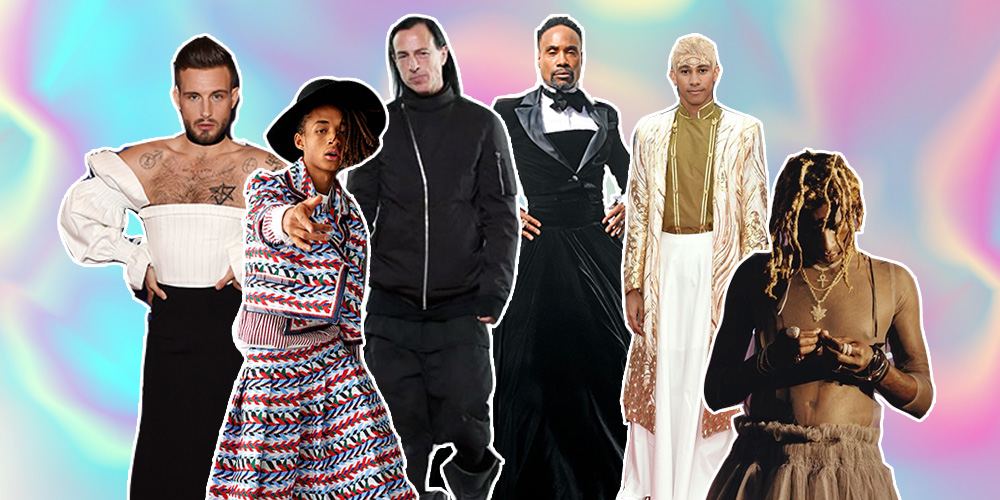 Get Ready, Guys: 2019 Is Apparently the Year of Men in Skirts

The Trailer for the History-Making 'Pose' Is Here, Ushering in a New Dawn of Trans Visibility on TV
English