For the First Time Ever This June, an Official Pride Event Will Take Place at Disneyland Paris

Written by Stephan Horbelt on January 30, 2019
Be first to like this.

Disneyland parks are supposed to be the happiest places on Earth, and now, at least on June 1, 2019, the Paris theme park will also be one of the gayest. Though Disneyland Paris Pride — which goes by the name “Magical Pride” — has technically taken place at the park since 2014, this year it’s become an official event on the Disney park’s annual calendar.

While Disneyland Paris Pride will obviously be a day to celebrate the LGBTQ community, all are welcome. “Primarily attracting people from the LGBT community and their friends and families, Magical Pride warmly welcomes anyone and everyone,” the event’s organizers say.

In addition to being a regular day in the park, Disneyland Paris Pride will also include a special nighttime party (8 p.m.–2 a.m.) including Disney character meet-and-greets, karaoke, DJs, live music performances and a “Magical March of Diversity Parade.”

“We are thrilled with how the event has grown and developed over the past few years, and for an organization as iconic as Disney to now be supporting and hosting Magical Pride themselves is amazing,” says Andy Beard, managing director of Greatdays Holidays, the group that initially created the Disneyland Paris Pride event.

There are presently six Disney resorts in the world, found in California, Florida, Tokyo, Paris, Hong Kong and China, with a total of 12 parks.

Started in 1998, last year marked the 20th anniversary of Gay Days Anaheim, which is a weekend-long event that beckons LGBTQ Disney-lovers to party at the California parks. The weekend typically includes pool parties, live performances, brunches, shows and dance parties. Since the creation of the Gay Days event — which also takes place at Disney’s Florida resort — other parks around the world have followed suit. 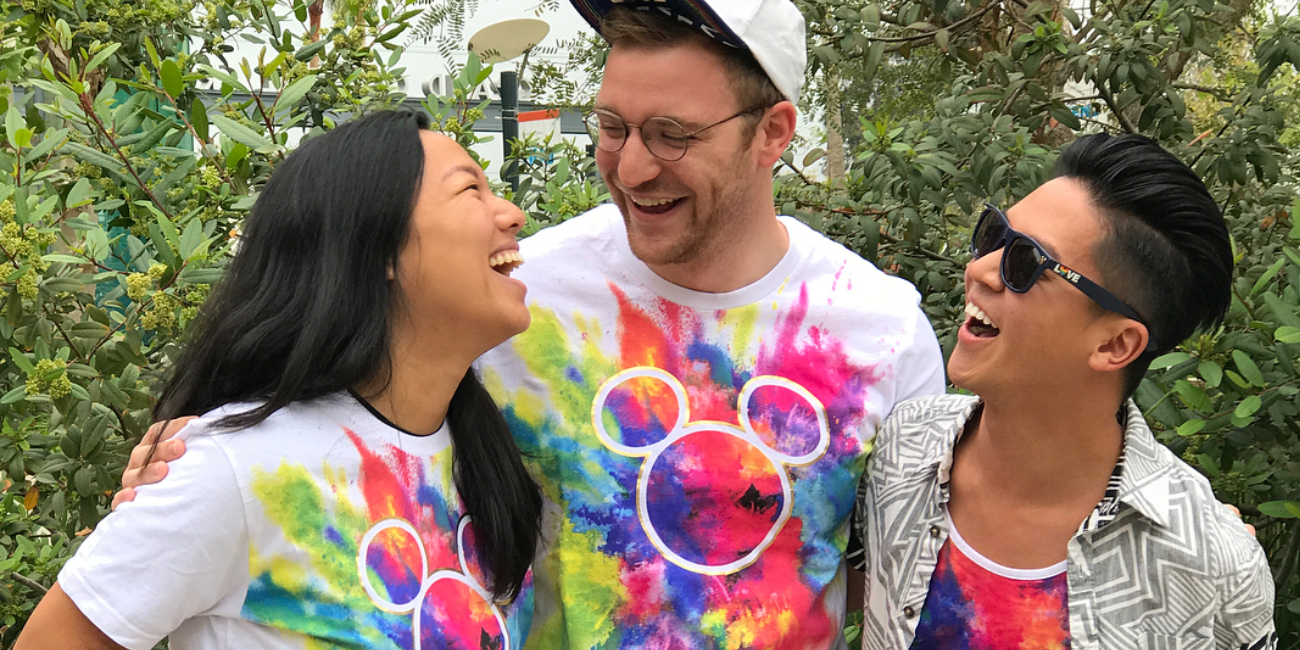