They Pretended to Be Straight to Serve Their Country, and Now This Gay Man and Lesbian Have Married Their True Loves

Great Britain didn’t allow LGBT people in the Armed Forces until 2000. So to avoid detection, Gail Langan and Mark Sully pretended to be a straight couple while serving in the Royal Air Force in the 1980s.

Thirty years later Gail and Mark are still friends and this spring, the two veterans married their true loves in a touching double wedding ceremony. On April 21, Gail, 52, married girlfriend Olga and Mark, 55, married his beau, Barry, at a venue in Cornwall. It was a private ceremony just for the four of them and the couples were each other’s witnesses.

“It was perfect,” Gail told Metro. “We think the people wandering around outside the venue after thought we were two straight couples at first, then they realised, they’re two gay couples, which we thought was funny.” In May they had a party for over 200 friends and family, and both couples have agreed to separate honeymoons.

“You’ve got to draw the line somewhere,” Mark joked.

He and Gail met in the RAF in 1985, careful to keep their shared secret under wraps. “It was illegal to be gay in the Air Force and we could have been thrown out,” Mark explains, so he and Gail let people think they were just another straight couple. “It was hard to hide our sexuality but we knew people that had been thrown out. So we waited until after we left [the service] to come out.”

He met Barry on a gay dating app in 2014 and Gail met her partner a little less than a year later. When things got serious with Olga, Gail told Mark she wanted to elope. “She wanted a quiet wedding and to celebrate together, as we’d been friends for years, in a joint wedding,” says Mark, now a physical therapist. “I thought it was a great idea and we talked about it. Later on we found out that on a night out Barry and Olga had joked about us all having a double wedding, too.”

Preparations for the low-key nuptials were a breeze: “No-one turned in to a Bridezilla and we split everything down the middle,” says Mark.

He adds that times have really changed from those dark days in the military. “On our wedding day we felt very proud and happy we could get married. Things are so much more open now and being gay is as much the norm as being straight.”

Discrimination on the basis of sexual orientation has been prohibited in Her Majesty’s Armed Forces since 2010 and the military actively recruits LGBT service people at Pride events. In addition, Members of the military have marched in Pride parades and even gotten married in uniform. In a 2008 address, General Sir Richard Dannatt, the head of the Army, said that respect for LGBT officers and soldiers was now “a command responsibility” and was vital for “operational effectiveness.”

What wedding present is appropriate for a pretend “straight couple”? 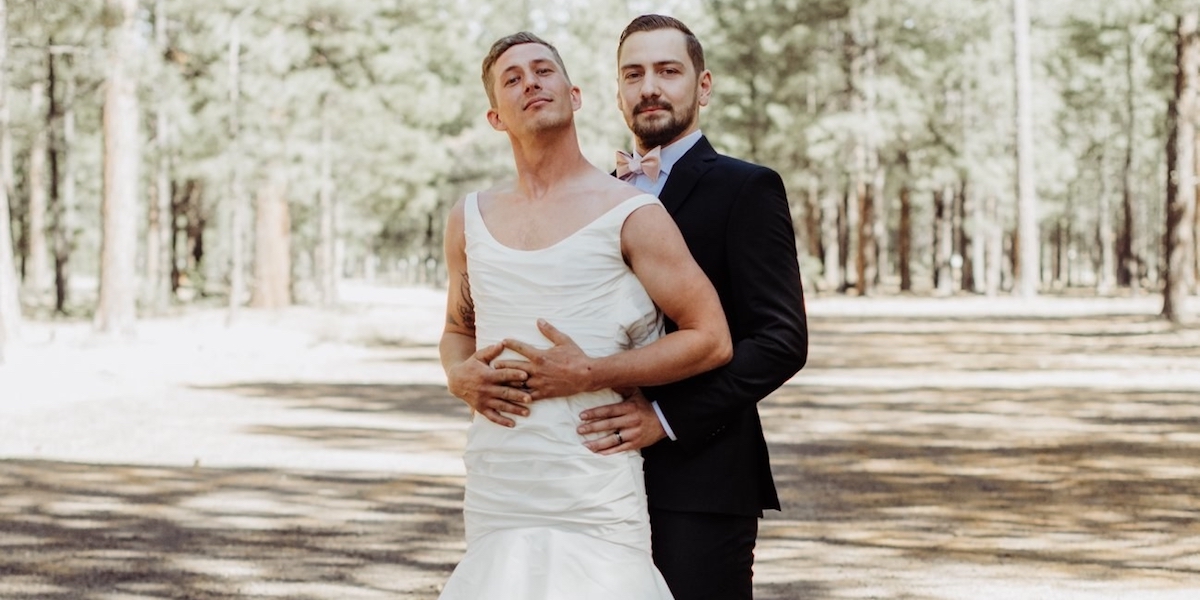 Princess Diana's Butler Paul Burrell Comes Out as Gay, Will Marry His Partner 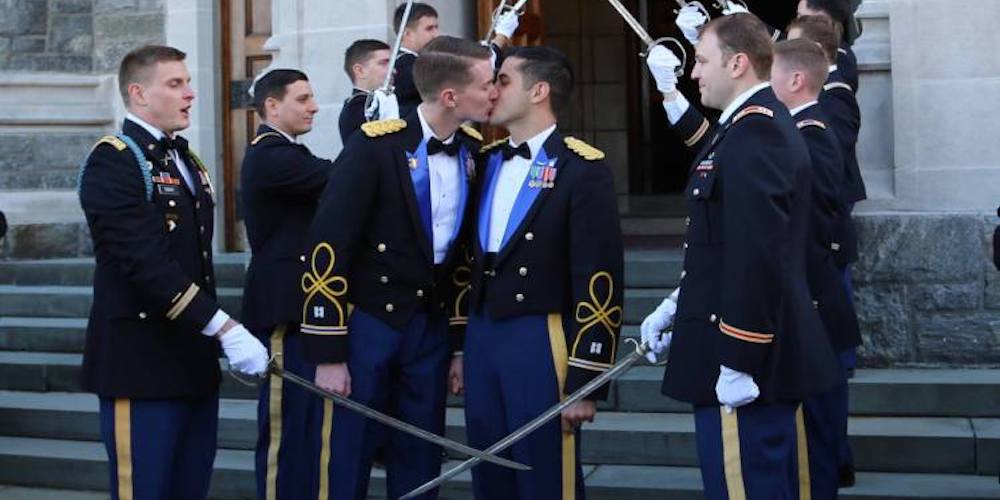