Written by Daniel Villarreal on August 5, 2020
Be first to like this.

While Hollywood seems perfectly fine flashing women’s breasts, pubic patches and backsides, flashing a penis or going “full-frontal” can easily get a film slapped with an NC-17 rating, basically guaranteeing its financial failure.

Keeping male full-frontal from on-screen audiences is needlessly misogynistic and prudish. So with that in mind, let’s recount 30 times when actors in mainstream films really made a statement by going full-frontal and baring it all. What better way is there to honor their bravery and bravado?

In possibly the most homoerotic film scene ever, Rupert the intellectual and Gerald the industrialist illustrate their opposition to one another through a three-minute-long nude wrestling scene, complete with a roaring fireplace, dramatic music, sweaty bearhugs and both men collapsing exhaustedly on top of one another after the pin.

When not committing a bit of the old “ultra-violence,” sociopathic Alex picks up two young girls from a record shop and proceeds to have sex with them in quick time to an accelerated version of Rossini’s “William Tell Overture.” This full-frontal scene is depicted as a rape in the book, but in the movie it’s a segue showing Alex’s misogynist and hormonal inclinations.

While this Monty Python classic has transphobic and misogynist lines throughout, it contains a famous full-frontal nude scene in which a young Jewish man wakes up nude after a night of sex and throws open a window to let in the morning sun. To his surprise, he ends up exposing himself to hordes of devoted followers who think he’s the messiah.

In this psychedelic sci-fi classic, viewers get a brief side-glimpse of Hurt’s penis when his character’s colleagues pull his naked body from a sensory deprivation tank. As he’s gagging on blood, they immediately examine his body for shock, laying his naked body on a blanket before starting their assessment.

Early on in this historical drama a young monk (Slater) encounters a peasant girl who trades sex for food in the local monastery. His sexual encounter with her goes against the chaste living expected from monks, but it shows that he doesn’t always play by the rules, something that will aid him in his investigation when older monks start to drop dead from foul play.

Gere’s now-famous full-frontal nude scene as male sex worker Julian Kaye reportedly happened in an unscripted “natural moment” while filming. But the nudity was also an artistic way to show the titular gigolo’s beauty while showing his vulnerability, too, as he eventually becomes a suspect in a murder investigation.

7. David Naughton in An American Werewolf in London (1981)

After David gets attacked by a werewolf on a lone country road, he ends up becoming a werewolf himself, embarking on a killing spree and then waking up naked in the zoo’s wolf cage. While escaping the zoo he attempts to cover himself up, rather unsuccessfully, revealing his mortal naked body, though covered in dirt and claw marks.

In this film adaptation of E. M. Forster’s novel, Graves and Wilby play a university student and a gamekeeper, respectively, who are in love but who are kept separate by societal biases of class and homophobia. Nevertheless, the men spend a night together and even get some time naked together in the morning, unabashed by one another’s nudity.

In one of his earliest film roles, Owen plays Richard, a town planner and local playboy who has a torrid affair with his own sister, Natalie. He and Natalie have sex twice in the film, and he becomes obsessed with her, even as her husband confides in Richard that he suspects her of having an affair.

Jack Lucas (Bridges) has a successful career as a shocking radio DJ until one of his careless comments inspires a man to shoot up a Manhattan restaurant. Drunken and depressed, a homeless man (Robin Williams) encourages him to take a more whimsical and adventurous approach to life, including dancing nude in the park at moonlight.

Even though Keitel plays a corrupt policeman and gambling addict who steals drugs and rapes young arrestees, his character isn’t without his own twisted humanity. At one point he’s so devastated by his own massive gambling losses and the violent rape of a forgiving local nun that he can’t help but strip nude, drink straight from a vodka bottle and blubber while listening to sad music.

In this glam rock epic, McGregor plays Curt Wild, an Iggy Pop-style rock musician who flips off the audience, gets nude and sprinkles gold glitter over his body in front of a rowdy crowd at a music festival. His punk rock showmanship inspires an observing folk singer to become bolder in his own performances.

Matt Damon plays a murderous fraudster who grows envious of a spoiled playboy’s life. While scheming how to successfully kill him and steal his identity, Jude Law (the playboy) takes a bath and briefly reveals his genitals in the process, an act that adds a subtle homoerotic undertone to the situation.

In this historical drama Fiennes plays men in three successive generations of a Hungarian Jewish family. In the second generation he plays Adam, a successful Olympic fencer who gets thrown into a Nazi ghetto and is publicly stripped naked and frozen to death when he refuses to deny his Olympic achievements.

Heffernan plays Farva, an aggressively stupid Vermont state trooper who gets his comeuppance after attacking a fast-food employee. He is arrested, taken to the local police station, stripped naked, covered in delousing powder (which is actually sugar) and scrubbed in cold water, causing his humiliation and an eventual mental breakdown.

When Jim wakes up alone from a month-long coma in a deserted hospital, he’s buck naked, as if emerging vulnerable from a pleasant dream. Little does he realize that he’s woken up to a nightmare landscape ravaged by zombie-like humans.

Near the climax of this satirical mockumentary, Borat (Cohen) becomes enraged at his big-bodied travel companion Azamat (Davitian), and the two begin wrestling naked, eventually fighting their way into a crowded elevator and hotel ballroom. The cringe comedy comes from the fact that the elevator and ballroom guests genuinely didn’t expect to see two hairy naked men fighting full-frontal before them.

In some parts of the world, warlords kill and enslave civilians to work in diamond mines that help finance their armed conflicts. Hounsou plays a fisherman caught up in the deadly system, and when he’s accused of stealing a diamond, he strips naked and dares a corrupt leader to tell him what’s left of his own destroyed life.

What better way to prove how much of a badass mobster you are than by fighting a knife-wielding mafia hitman completely nude? Mortensen’s character ends up dispatching his clothed assailant while serving full-frontal, but ends up injured as a result.

Peter thinks his relationship with Sarah is going great until he emerges fresh from the shower only to have her announce that she’s breaking up with him. He’s so distraught that he stops holding onto his bath towel, causing it to fall to the floor, revealing his penis (for quite a few beats) as he composes himself.

Hardy goes full-frontal at several points in this true-crime biopic of British prisoner Michael Peterson (aka Charles Bronson). Hardy’s audit demonstrates Bronson’s own madness, gleefully scaring others with his shameless nudity and willingness to brawl.

In this improbable adult comedy, a group celebrating a bachelor party in Las Vegas wakes up hungover, slowly recalling the previous night’s many regrettable choices. When they retrieve their impounded Mercedes-Benz from the police, they discover that an angry man named Leslie Chow is in the trunk — when he jumps out naked, he pummels them with a crowbar and runs off.

You can’t have a film about a sex addict hitting rock bottom without showing the cause of his pain and pleasure. Fassbender’s brief nude stride in the film famously gave viewers a glimpse of his front and back sides.

In this revisionist western, Foxx plays a superheroic ex-slave on a quest to liberate his beloved Broomhilda from the clutches of a cruel slavemaster. Despite his strength and prowess, Django gets captured and hung up naked and upside down by a man who intends on torturing Django but only meanly tugs at his genitals.

In the third act of this psychological thriller, Nick (Affleck) enters the shower to find his scheming wife washing blood off of her nude body. His character is surprised at how calm and collected she is, while viewers are surprised that Nick wants to be naked around her despite her villainous behavior.

Do you have an all-time favorite male full-frontal scene? 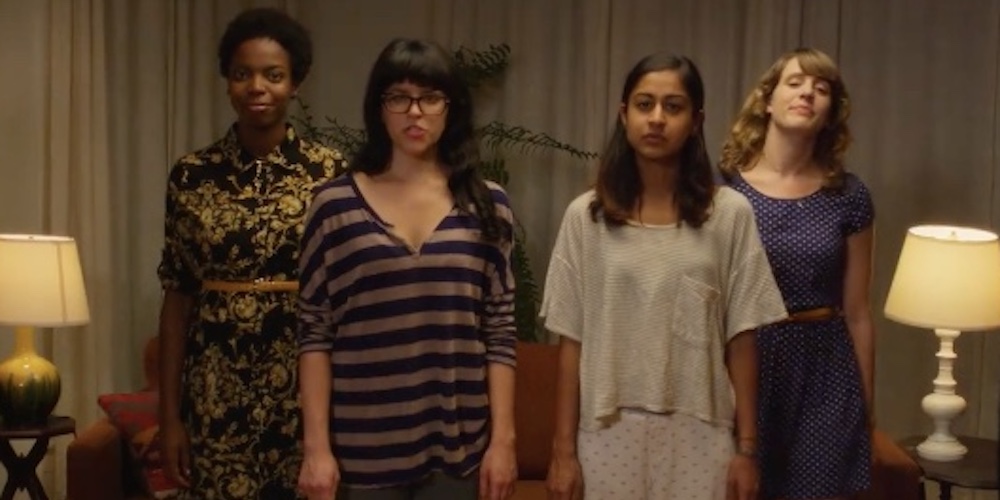 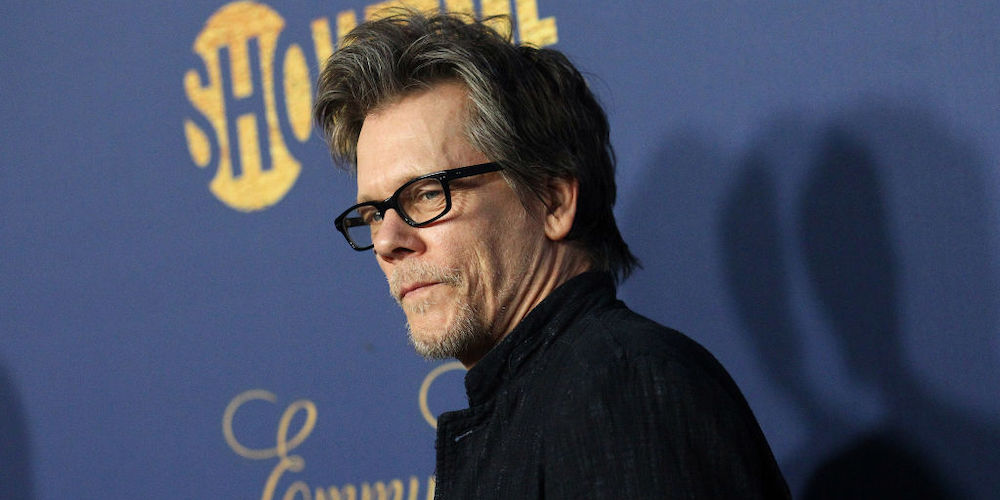