Written by Zeynep Sasmazel on October 22, 2020
Be first to like this.

You don’t need to get drunk at a packed house party to celebrate Halloween. Sometimes it’s even better to be alone and eat all the candy you want without the judgment of strangers who simply don’t have the same reverence for fun-sized Twix as you do. So screw ‘em! Stay home, curl up and get spooked with a Halloween binge-watch of the best gay horror films for the socially distanced season.

We’ve rounded up our favorite ‘best gay horror films’ below, from a late-’80s Kiefer classic to that film starring a now-classic monster who Tumblr decided was a gay icon.

And for bonus points, enjoy your Halloween binge-watch of these best gay horror films in chronological order:

Holy subtext, Batman! Not only is Oscar Wilde (author of the original tale) himself a queer icon to this day, but the titular character is a handsome, wealthy and sinful young man of varying hedonistic desires. He hides his true self — his portrait — in the closet (wink, nudge), where it grows old and decays with time. An instant classic for your Halloween binge-watch.

I think it’s safe to say the bisexuality of vampires is widely accepted canon at this point, and this ’80s androgynous metal and leather dream is loaded with queer subtext and aesthetics.

If you’re going to watch just one of these best gay horror films this October, please let it be THE Anne Rice classic, Interview with the Vampire. You have Brad Pitt. You have Tom Cruise (before we knew about Scientology). You have centuries of yearning, angst, pining and literally adopting a daughter/building a family together. It’s iconic.

Hellbent launched a wave of what are called “gay slasher” films and is worth watching for that alone. One of the less popular entires on our list of best gay horror films, it’s about a hunky killer sporting a devil mask terrorizing the gay men of West Hollywood on Halloween.  Director Paul Etheredge-Ouzts says of his process, “Hellbent offered me the opportunity to create a film peopled with confident, likable, queer kids. The young men in Hellbent have moved beyond worrying about whether ‘it’s OK to be gay’ or not. These kids have the real-life concerns of their generation: ‘Who’s that hot guy?’, ‘Why do I always have to be the sober one?’, and ‘Will I never get out of these heels?!’ I was totally writing a movie I wanted to see.”

Before Sebastian Stan stole our hearts as Captain America’s boyfriend, he was in this weird little film about sexy high school boy witches who manifest their magical abilities after puberty, becoming more and more dangerous as they become addicted to their new seductive powers. The female love interest is all but shoved aside as these boys brood, fight each other and brood some more.

What seemed to be a highly underrated film at the time it came out, Jennifer’s Body has turned into a sort of cult classic. And why not? Megan Fox and Amanda Seyfried deliver delightful performances in this story of a high schooler possessed by a demon — and her best friend who is definitely maybe in love with her.

This French thriller is taut with psychological tension and lots (I mean lots) of gay sex. Franck, played by Pierre Deladonchamps, is a regular at a nude beach that also happens to be a cruising spot for men, and he finds himself instantly attracted to the dark and mysterious Michel, played by Christophe Paou. When Franck catches Michel drowning another man in the lake, he decides not to say anything. And things progress from there …. Stranger by the Lake has been called “the sexiest and most elegant thriller in years,” and is a must-see for lovers of intense, thought-provoking cinema.

Look, the Tumblr gays took this one and ran with it — who am I to deny them?

my new favorite Tumblr meme is insisting that The Babadook is gay pic.twitter.com/Id1PJpkkgX

A rather poignant psychological thriller, The Babadook is about an exhausted widow who is bringing up her young son, Sam. One night, after Sam’s insistence that she reads to him from the book Mister Babadook, Sam becomes convinced the Babadook is real. There’s a ton of beautiful emotion in this film that really sets it apart from some of the campier entries in the “gay horror films” umbrella.

While not a gay horror film itself — it’s technically a documentary about one of the best gay horror films of all time, A Nightmare on Elm Street 2: Freddy’s Revenge — it’s still perfect for a Halloween binge-watch. The 1985 flick was so filled with queer subtext that it … well, it couldn’t be considered subtext. But in this doc we follow how that affected the film career of lead Mark Patton, and watch as he ultimately makes amends with the gay horror film he believes short-circuited his career.

Is there something we missed? Sound off in the comments below and let us know which of the world’s best gay horror films you’d include on your own Halloween binge-watch list. 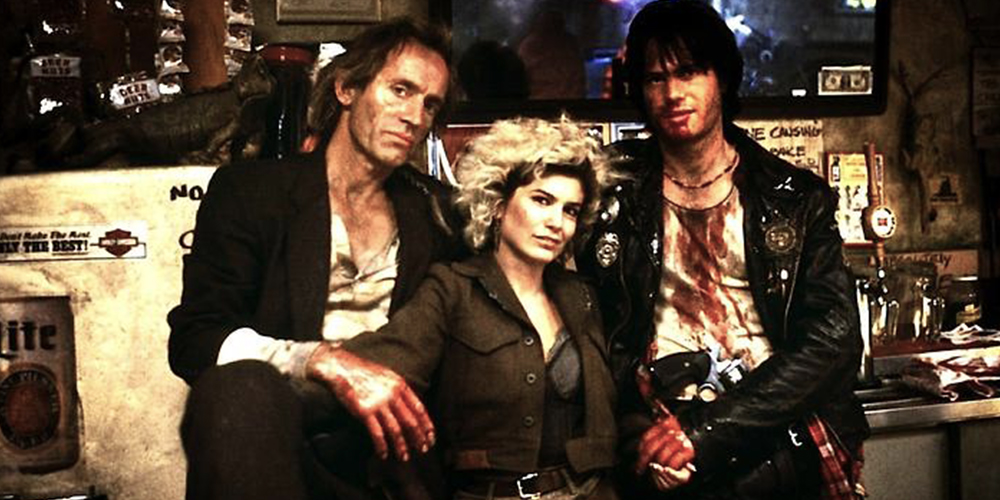