The 20 Greatest Queer Video Game Characters of All Time

Written by Matthew Lawrence on July 9, 2021
Be first to like this.

This post is also available in: Español Português Русский

Thirty years ago, many video games were text-based, where players had to type commands in and then read what was happening. A lot was left to the imagination! Nowadays that process seems kind of boring, but our look at queer video game characters actually starts in those early days.

The first explicitly queer game, an underground 1988 mystery called Caper In The Castro, came shortly after, although its technology has been lost to the sands of time. Since then video games have become technically more sophisticated, and so have a wide array of queer video game characters in both mainstream and indie games.

Below are 20 more of our favorite queer video game characters. It’s by no means a comprehensive list, so feel free to send hate mail because we left out your favorite: 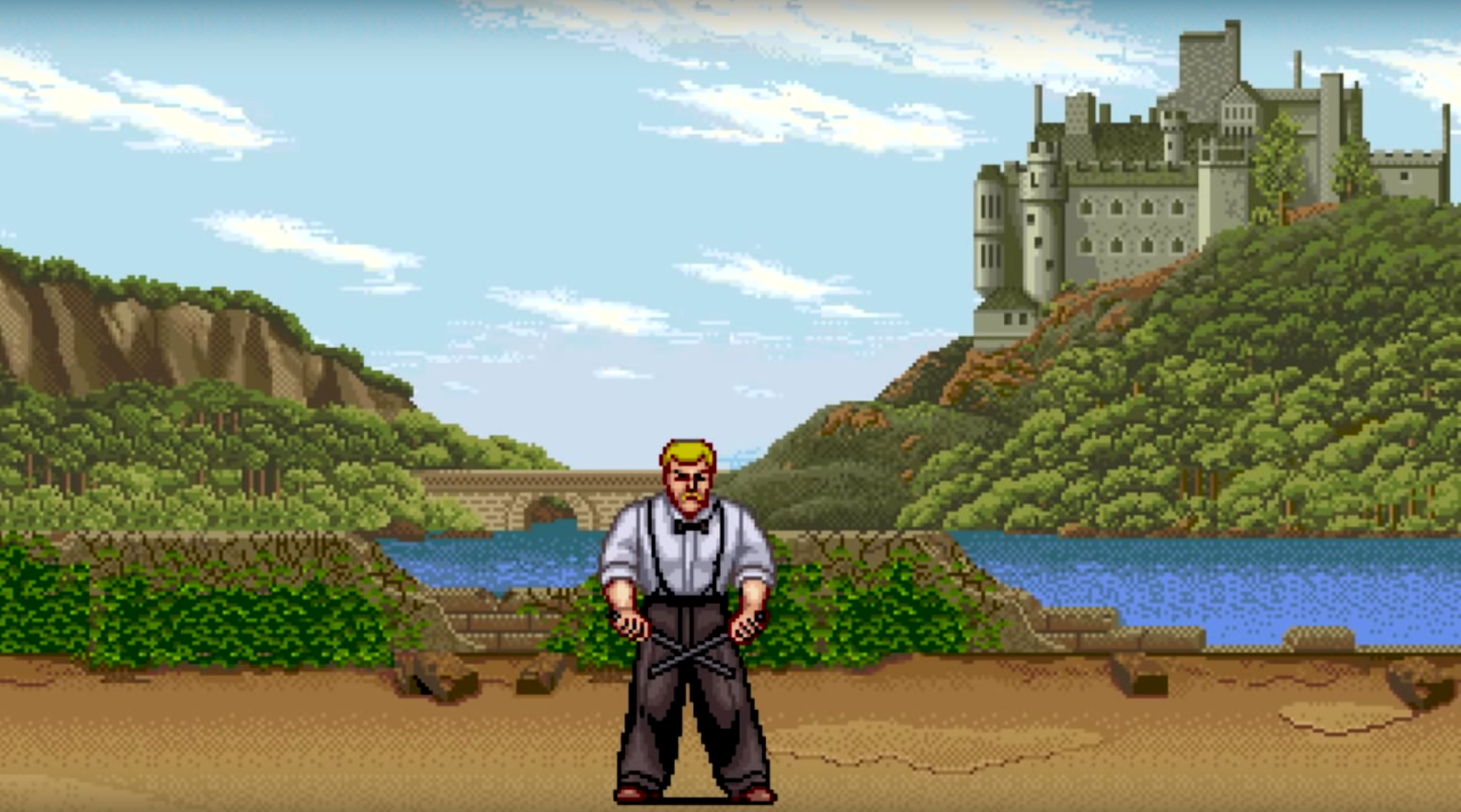 Eagle was one of two English fighters in the original Street Fighter game from 1987. A butler by trade (sure he is), he fights with sticks while wearing suspenders and a bow tie. In later Street Fighter games he was reinvented as the ultimate fan of bisexual Queen singer Freddie Mercury. Believe it or not, several video games make direct Queen references. 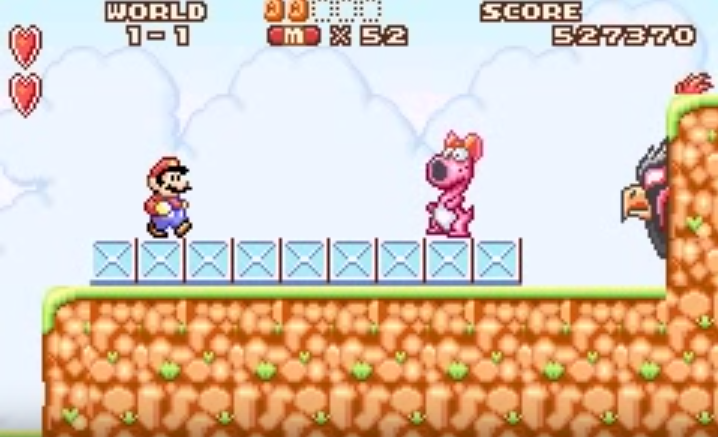 Nintendo introduced Birdo as an egg-spitting villain in the second edition of its massively popular Super Mario Bros series. According to the manual, the dinosaur creature with the red bow atop its head “thinks he is a girl and spits eggs from his mouth. He would rather be called ‘Birdetta.’” Arguably the first trans video game character, Birdo/Birdetta’s name in Japanese versions of the game is actually Catherine. She’s also not totally evil; by 2000 she was playing doubles tennis with good guy Yoshi. 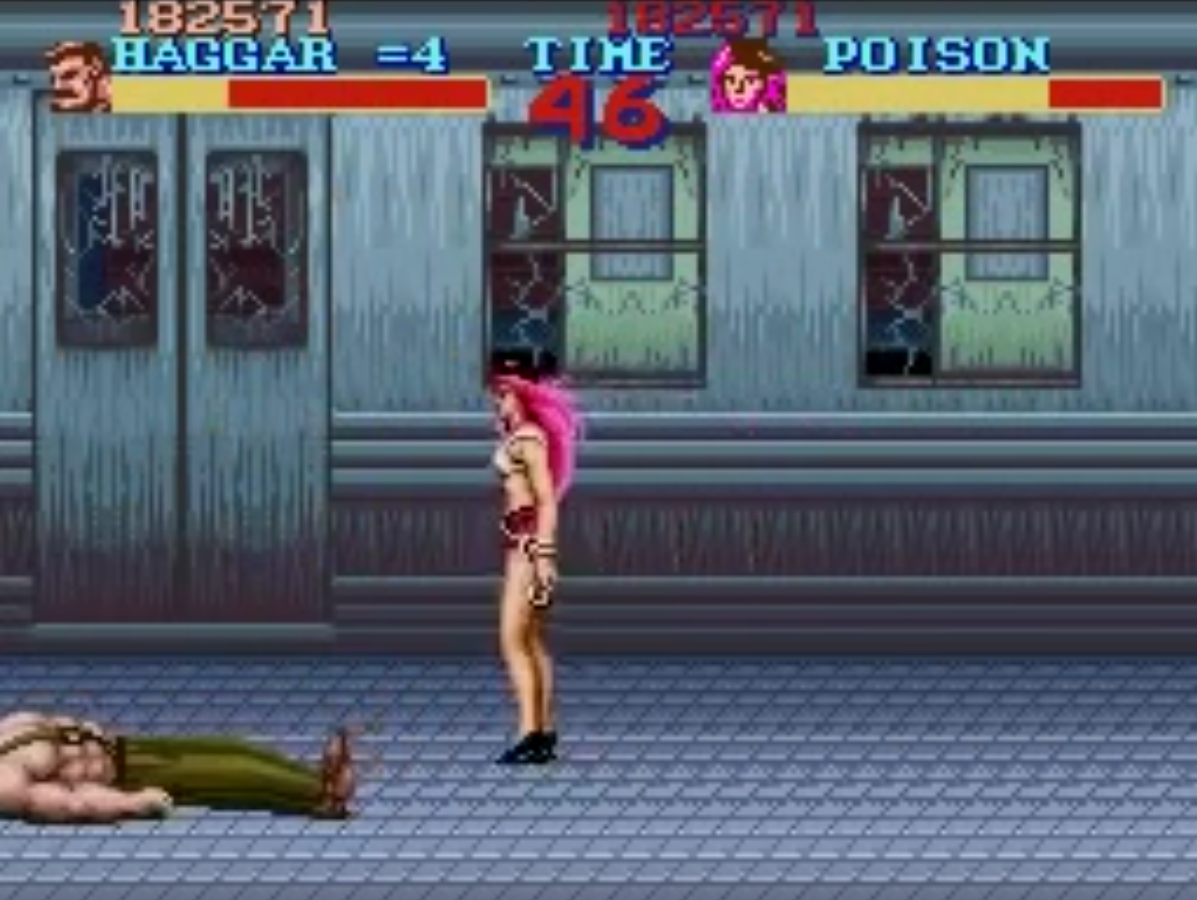 A minor character in Capcom’s 1989 Final Fight, pink-haired Poison has appeared in a number of games over the years, kicking ass with moves like the Poison Kiss. But Final Fight’s Japanese makers worried that American gamers wouldn’t want to see tough guys beating up women, so they made Poison a transwoman because in the logic of the late eighties that seemed more acceptable. Depending on who you ask, she’s either a gross caricature of sex workers or a hero for trans women everywhere.

Unsuspecting treasure hunter Rex Nebular crash-lands his spaceship, The Slippery Pig, on a planet inhabited by human women, who used biological warfare to win the war of the sexes once and for all. But how can they survive? Easy! With the help of a machine called the Cosmic Gender-Bender which allows them to temporarily switch sexes. Rex even briefly becomes a woman, Rox, in order to escape detection. 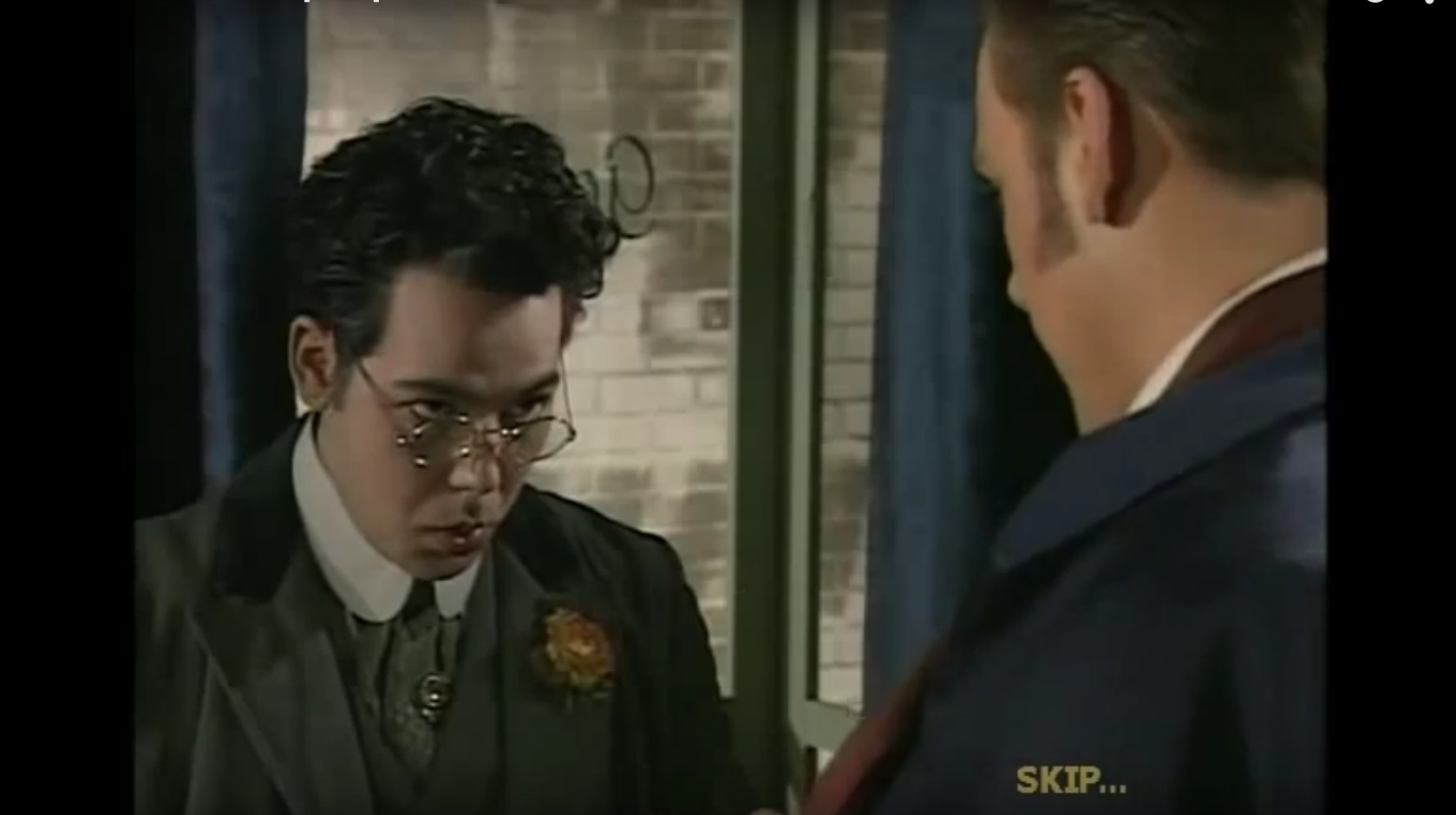 From that strange, brief period when videogames tried to incorporate live video into the narrative, Dracula Unleashed (1993) features a variety of actors doing terrible accents, including “very effeminate bookstore owner” named Alfred Horner, who says things like “What a very innnn-teresting handkerchief!” upon seeing a raggedy piece of cloth. 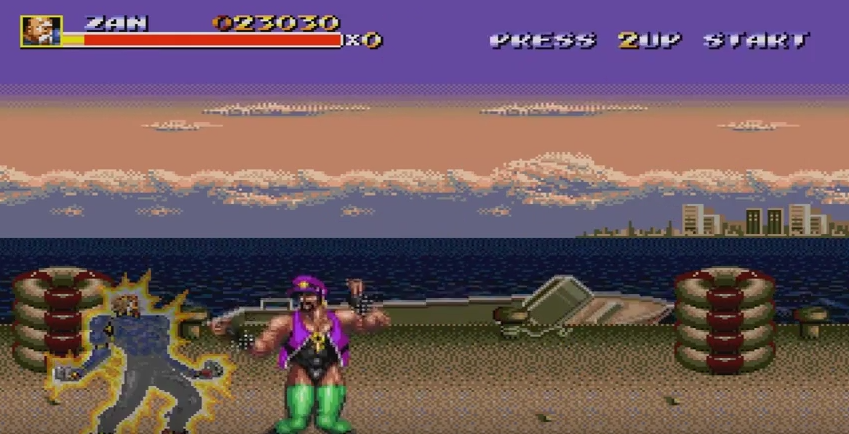 Streets of Rage 3 was produced by Sega for its Genesis console back in 1994. In original Japanese versions of the game, the first boss to be defeated is Ash, a campy muscle man who dances around in a shiny black unitard with purple biker vest, leather wrist cuffs, and mid-calf boots with spiky heels. He was removed from the American version but could still be accessed via a cheat code.

7. Curtis (Phantasmagoria: A Puzzle of Flesh) 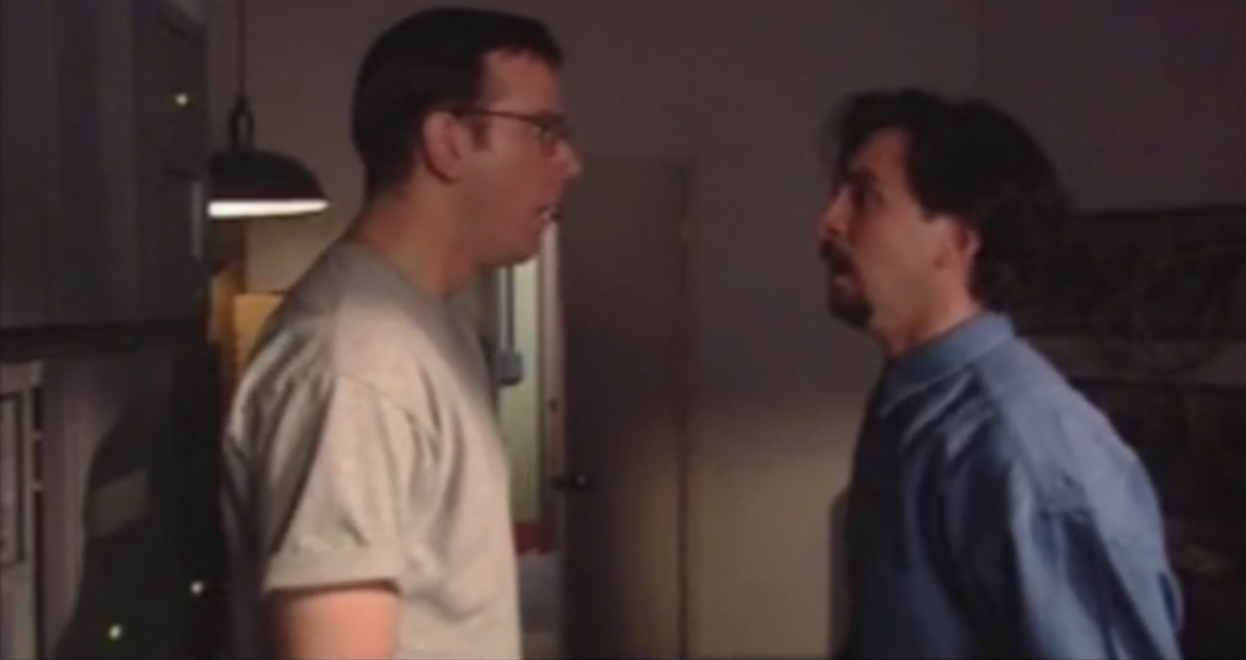 A cheaply-shot point and click game designed for PCs, the second installment in Sierra Entertainment’s Phantasmagoria franchise is notable for being the first widely distributed game where the player is actually controlling a queer character. Curtis is bisexual, and reveals to his therapist that he’s attracted to his friend Trevor. The game is also unique for avoiding campy stereotypes. The queers are just as bland as everybody else. 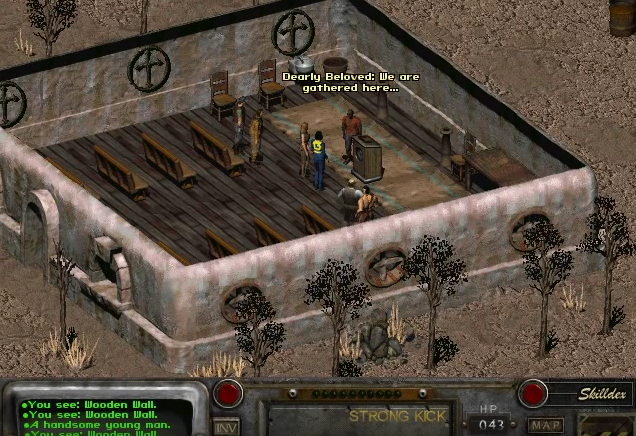 Players can select the gender of their character in Fallout 2, a 1998 role-playing computer game set in a dystopian future. The game features slavery, prostitution, organized crime and, if you select the female Chitsa as your character, a shotgun lesbian wedding. The game was totally inspiring for those looking for queer characters in their games. 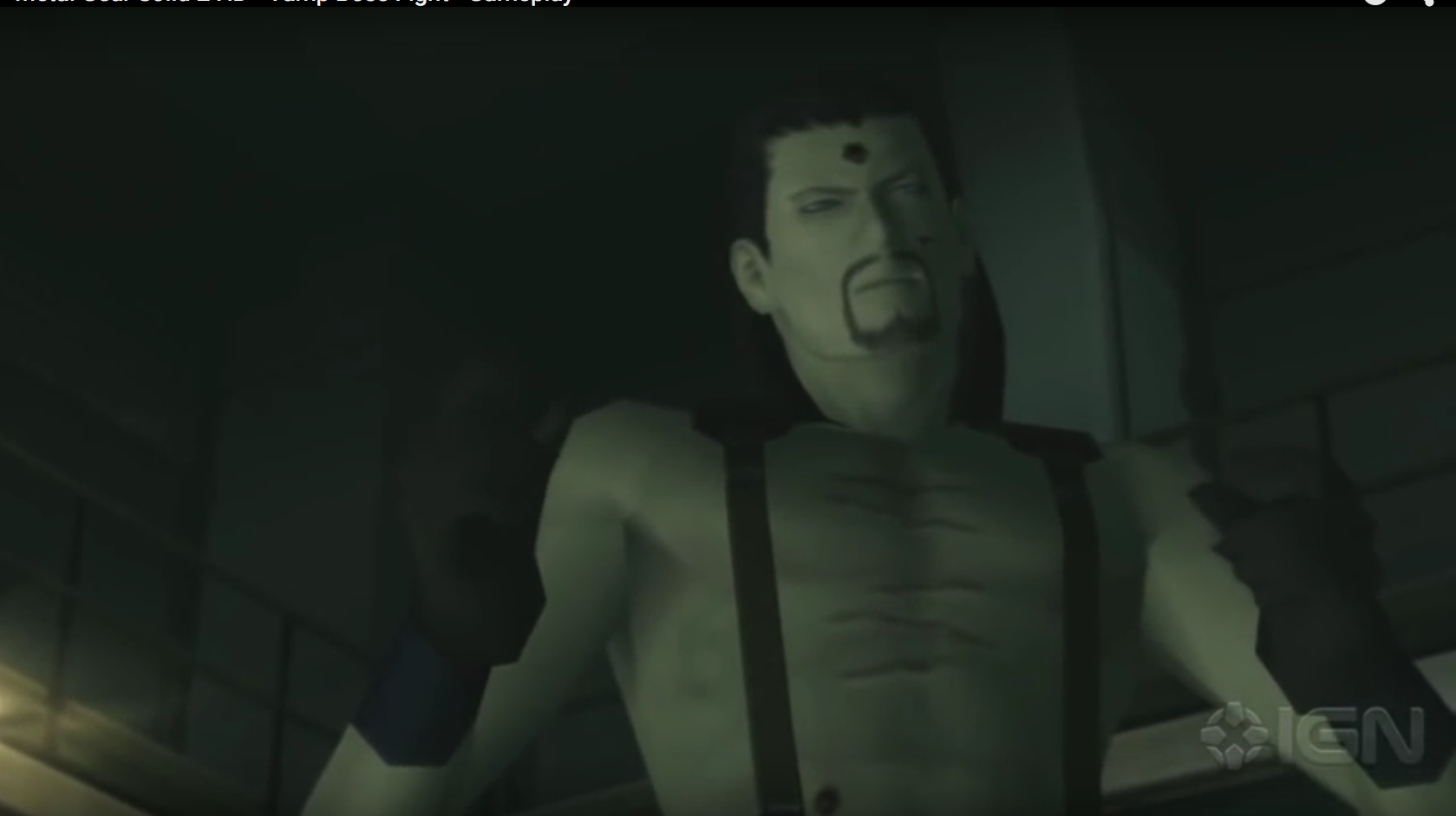 Bisexual Romanian knife specialist Vamp is one of the bad guys in Metal Gear Solid 2, a Konami game for Playstation. As you might expect from a Romanian named Vamp, this guy’s also thirsty for blood. 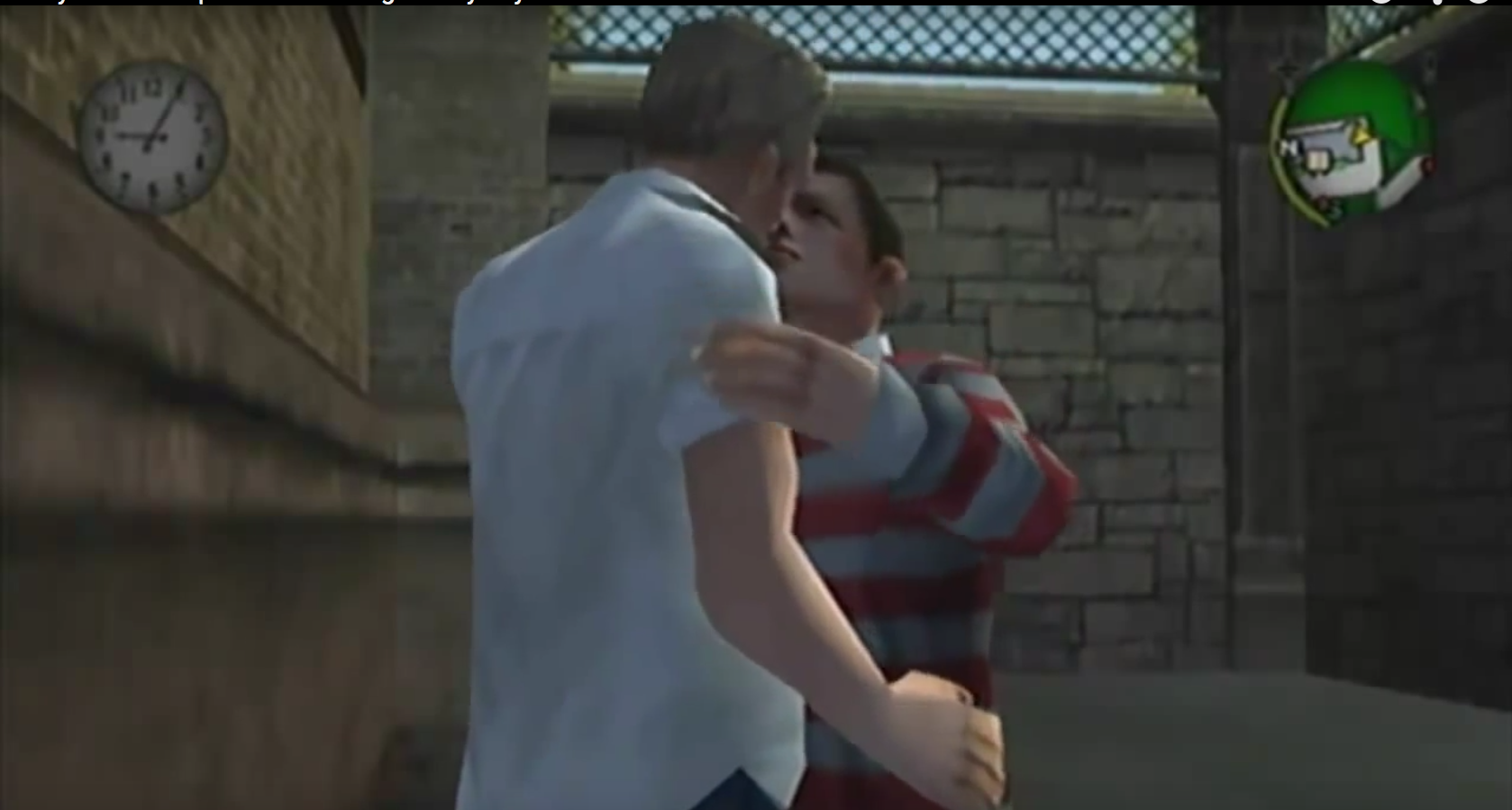 Set in a New England prep school, Rockstar Games’ 2006 Bully was greeted with controversy before it was even released, although that had less to do with the boy-on-boy smooching and more to do with angry critics calling the game a “Columbine simulator.” After taking just one art class, Jimmy Hopkins is allowed to make out with select boys from various cliques, but only if he presents them with flowers first. Awwwww. 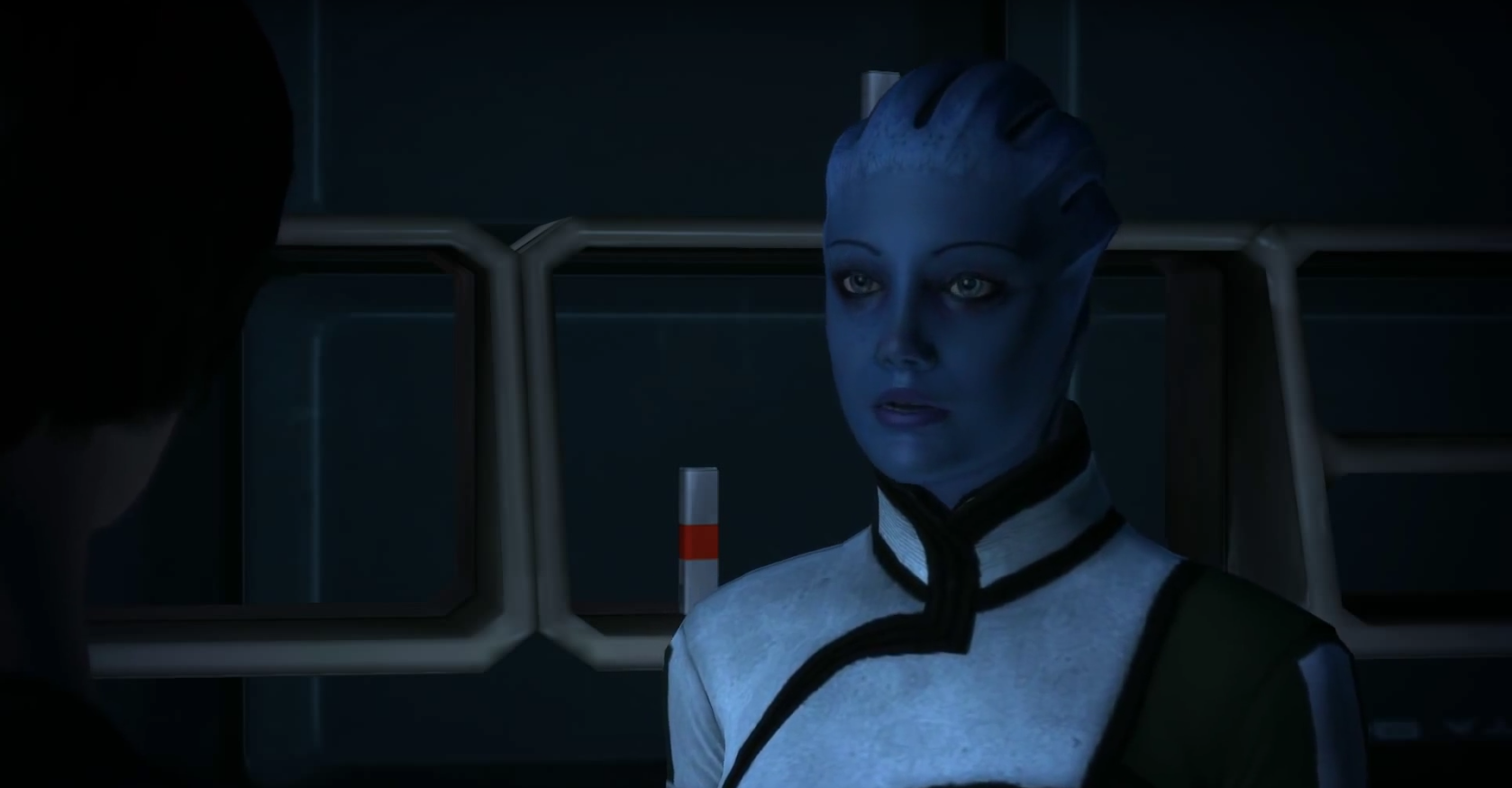 Mass Effect is maybe the queerest series in gaming, with Dr. Liara T’soni appearing in all three editions of the series. A member of the asari, an all-female race, T’soni can reproduce with any member of any species. If the player chooses to be female, there’s an option for a brief softcore lesbian scene in which the player Shep makes out with the doctor. 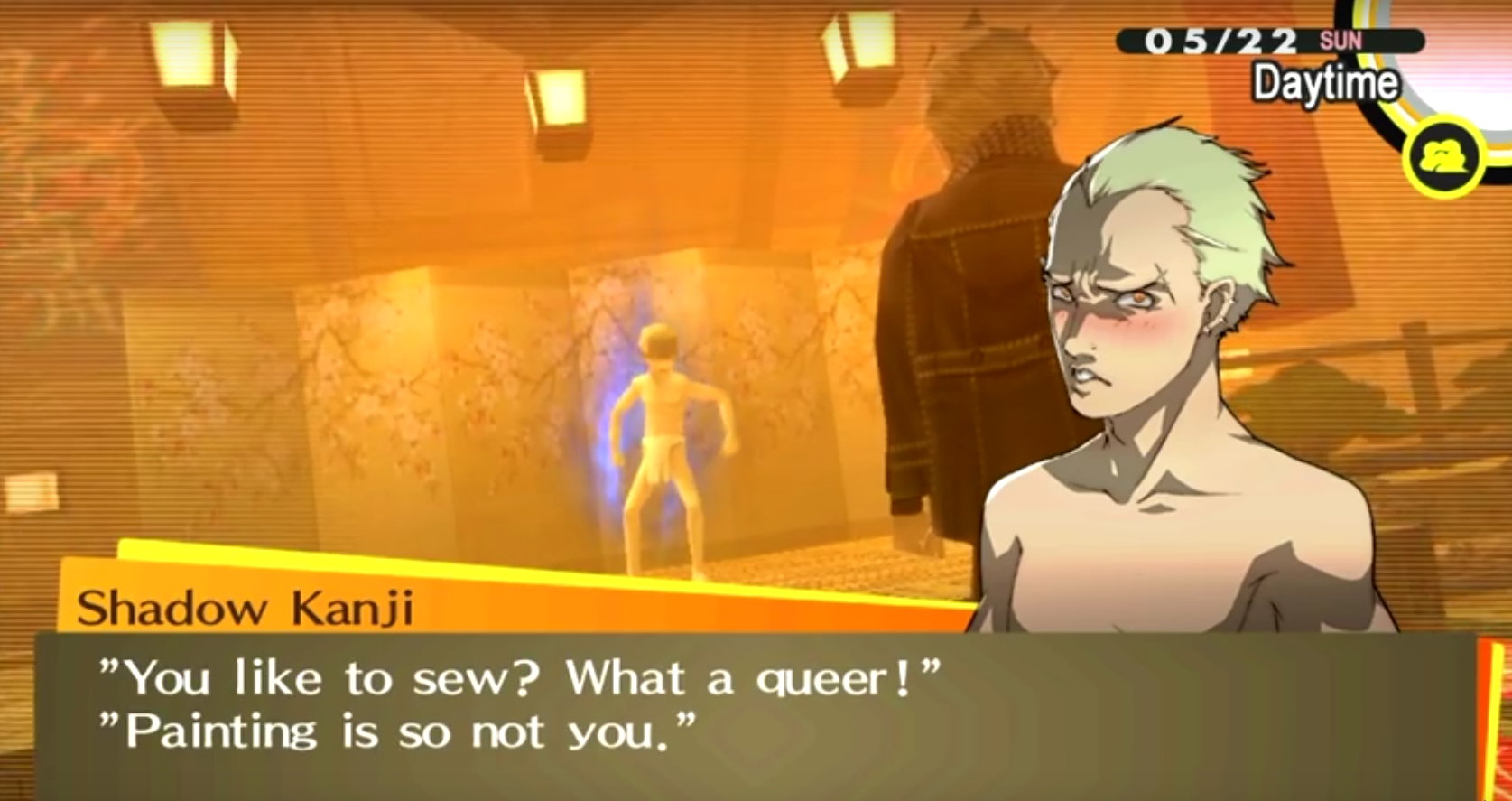 Kanji Tatsumi is a delinquent biker who likes to sew and wrestles openly with Japanese concepts of masculinity. He’s the rare video game character who’s still trying to figure out his sexuality, and that’s why he’s one of the most popular LGBT (probably B?) characters in the history of video games. 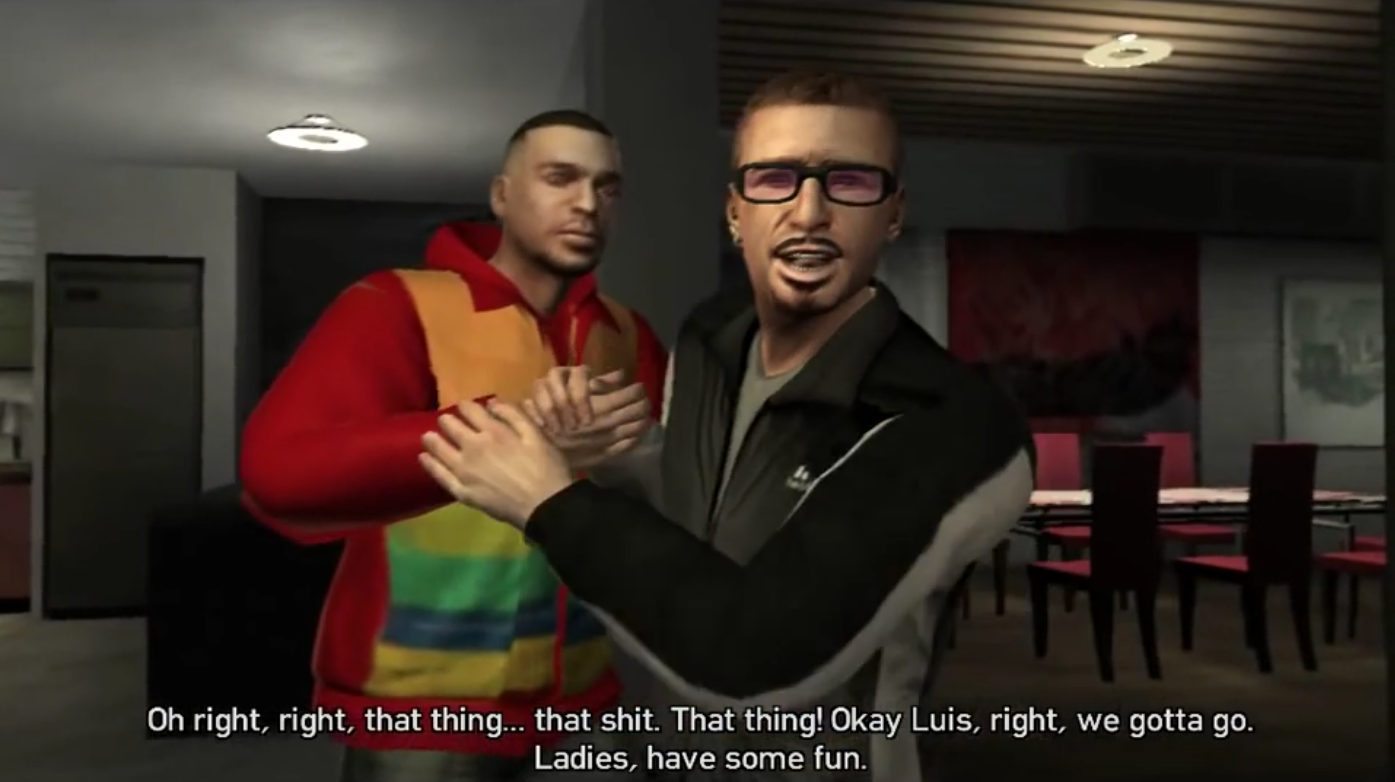 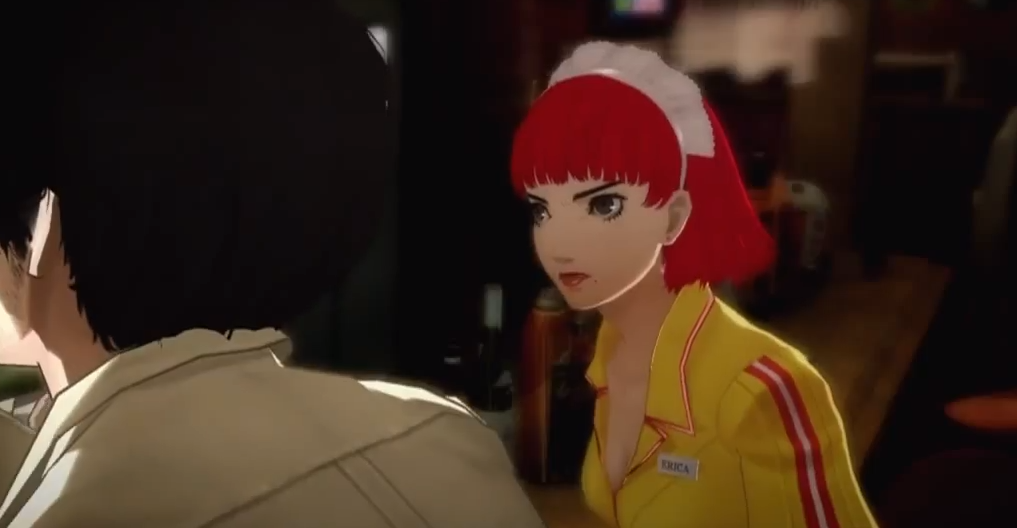 Erica is a gossip-spreading waitress who develops feelings for Toby, a much younger man. It’s strongly hinted (and, in one ending, revealed) that Erica is a post-op trans woman, which the virgin Toby doesn’t realize even after they have sex for the first time. Developed by Atlus, the same company that created Kanji Tatsumi, Erica has drawn praise for being a positive trans character that isn’t just a vehicle for gross dick jokes. 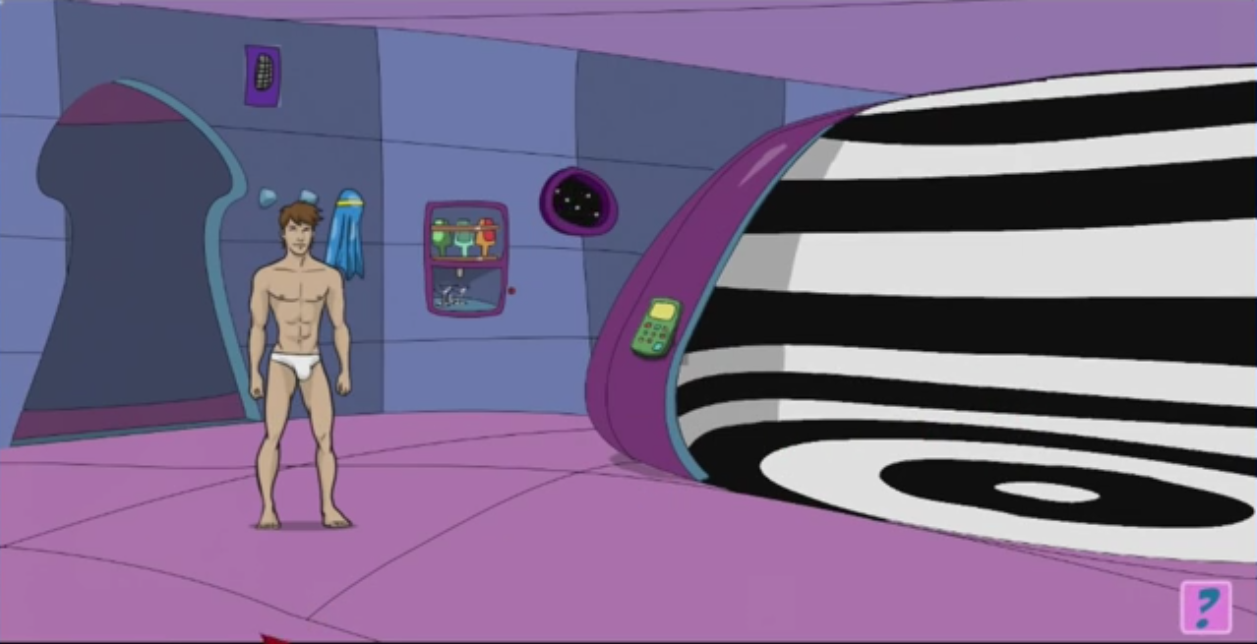 Australian indie developer Luke Miller first released My Ex-Boyfriend The Space Tyrant! back in 2012. The light-hearted action mystery follows Captain Minogue – named after Kylie –as he travels the galaxy in a spaceship called the pleasuretron, encountering lots of ripped abs and one evil ex hellbent on taking over the universe. 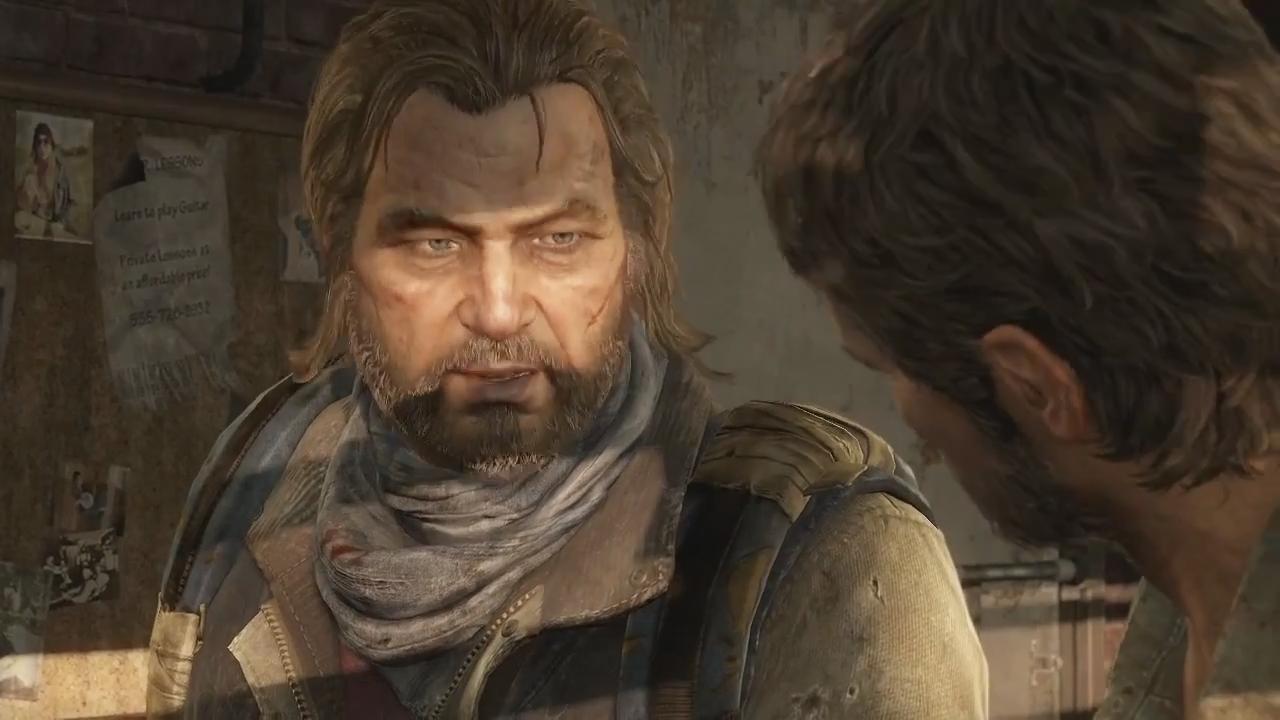 In a post-apocalyptic world, heroes Joel and Ellie enter the booby-trapped town of Lincoln, which is run by a paranoid gay man named Bill. Crotchety and fearful, Bill maintains an uneasy alliance with the main characters. The character was noted by GLAAD for its depiction of a gay man as a regular person, albeit a paranoid one trapped in a nightmarish hellscape.

Hunky Kian Alvane is one of three playable characters in Dreamfall Chapters, a critically acclaimed five-part episodic game released by Norwegian developers Red Thread Games. Alvane is revealed to be gay in the third chapter, released this past summer.

Dragon Age: Inquisition featured the mustachioed lothario Dorian, one of nine potential companions for the player’s character. If the player is male, there’s an option for sex and gratuitous butt shots. But what’s even more interesting is the game’s inclusion of Cremisius “Krem” Aclassi, a trans man who is not treated as the butt of any jokes. 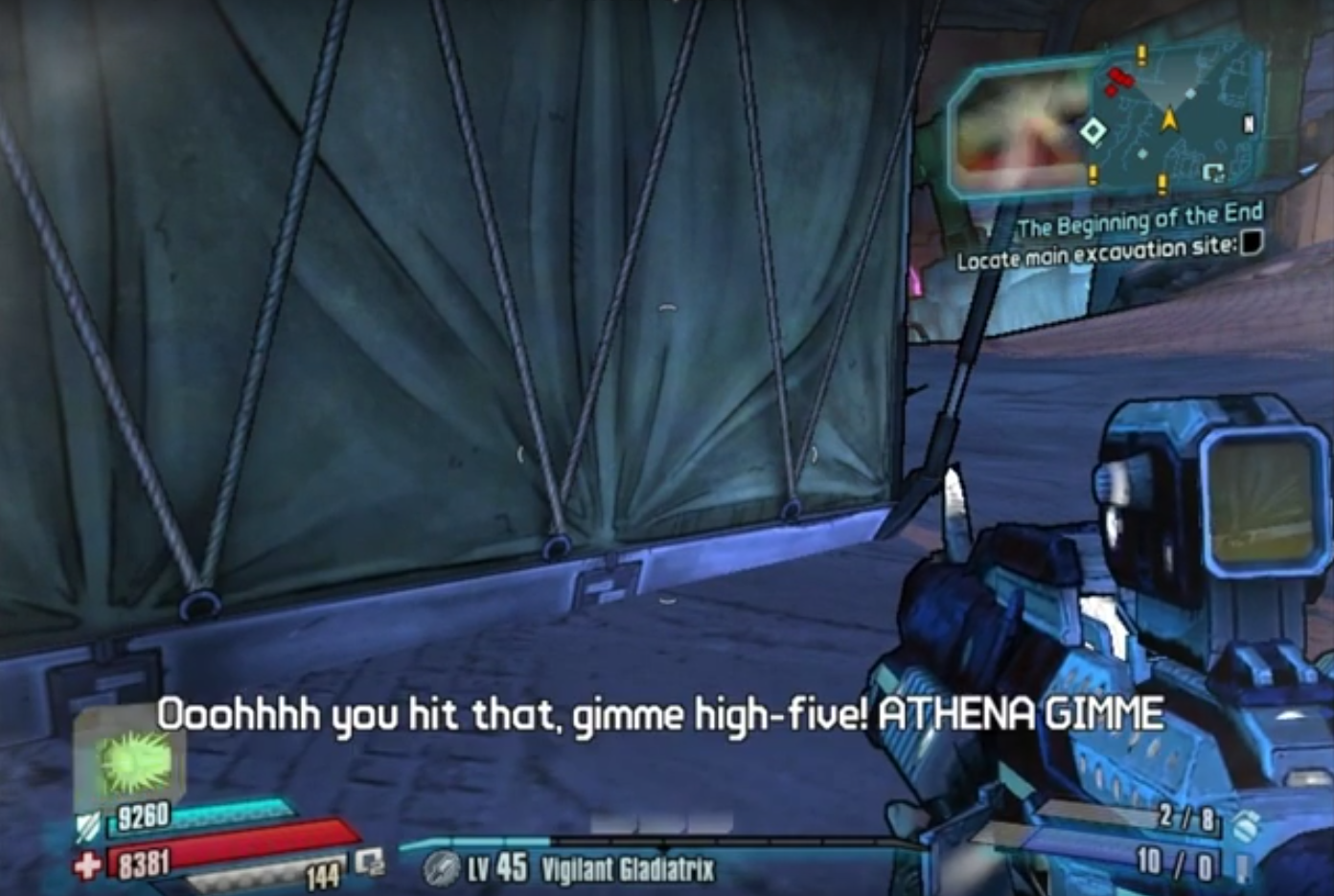 A first-person shooter game, Borderlands: The Pre-Sequel! is rare in that there are an equal number of male and female characters that players can choose from. Even more unique, the warrior Athena most likely has a relationship going on with a flirty junk dealer named Janey Springs.