Jonah Greenstein’s feature film Dedalus is a triptych that follows three disparate stories, connected by the yearning for love and the pain of isolation. It’s a brief, artsy fiction that circumvents linear narrative for an expressionist portrait of lost souls in flux.

Dedalus has its roots in Greenstein’s festival favorite, Daddy, wherein a young hustler (Alexander Horner) tricks for shelter and that illusive feeling of connection. It’s the centerpiece of Dedalus, anchored between the story of an Iowa girl’s drunken night at a bonfire that ends in a gang rape by high school jocks and an unwanted pregnancy, and an aging gentleman with encroaching illnesses that force him to retreat to the home of his middle-aged daughter.

Greenstein is comfortable with long, naturalistic takes that compel the viewer to slow down and adjust from the whiz-bang showmanship of your standard commercial film. He’s interested in behavior, not revelation, though he’s not immune to shots of nature and the industrial world that are as beautifully lighted, by director and co-cinematographer Jake Saner, as the metaphoric vistas of prime Terrence Malick. Its general mode is meditative. You either feel your way into the film or you tune it out. And one of its strengths is that it isn’t bothered with fulfilling your mainstream expectations. There’s a purity to Greenstein’s vision that — when the film succeeds and when the film fails — sustains.

The director has said, when Daddy was making the round of film festivals, “[The characters] aren’t people your average audience member is going to necessarily connect to in the way that many more conventional narrative films will attempt to bring you along on that character’s journey and feel what they’re feeling. I don’t think, in my film, that you relate to the way they’re feeling or their decisions. It’s important to note that we can learn from observing human behavior.”

To that end, Greenstein cast his film Dedalus with both working actors and non-professionals, though the performances throughout are uniform. Still, all things being equal, it’s the source material that remains most memorable here. Alexander Horner, who had never acted professionally before, holds the camera with ease though he often may not look like he’s doing all that much. He’s more than attractive enough to be a successful hustler, though not in an overbearing Hollywood manner, and he has that unerring ability that great listening actors have: we can read his thoughts. His emotions — what he masks for the sake of his clients; what his vulnerabilities reveal when he meets an older man with whom he feels a kinship — are translucent. That older man, played by one of underground New York filmmaker Hal Hartley’s leading lights, Thomas Jay Ryan, is more guarded and cautious than his young lover, though equally adept at masks.

Unlike other films you might label a triptych — The Hours, for example — the segments of the film Dedalus don’t necessarily connect to each other (that very fact is part of the overriding theme of the movie). Each section has moments that are vivid. (The gang rape, in particular, is shot in a manner that never feels exploitative or salacious; it’s dispassionate, and that makes it harder to shake.) And the very end, with the old man summing up his entire life’s regret in one sentence, is stark and tossed away and stunning.

Yet the hustler’s story is Dedalus’s heart and soul. It gives us this section of a young man’s life without judgement and shows us an array of skin in various states of bloom and decay, all of which is brought to our gaze with real consideration and contemplation. It’s where Greenstein shines the brightest, and what makes us wonder what delights this nascent filmmaker might have in store for us. 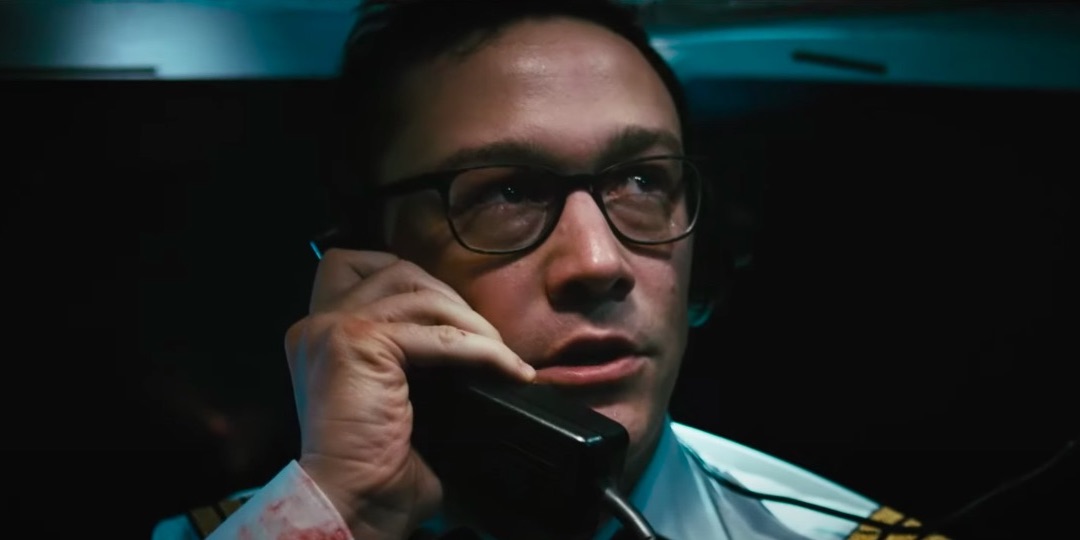 Joseph Gordon-Levitt's Latest, '7500,' Is an Intense Ride of a Film. Just Don't Call It a Thriller.