Written by Stephan Horbelt on February 6, 2019
Be first to like this.

As part of a live vote among watchers of a recent BBC Two broadcast, gay computer scientist Alan Turing — dubbed “the father of theoretical computer science and artificial intelligence” and the man who helped Allied Forces defeat the Nazis in WWII due to his help in cracking coded messages — has been named the most iconic figure of the 20th century.

And… Alan Turing has been voted the greatest and most influential figure of the 20th Century! 🙌 #Icons pic.twitter.com/nV4qF7tkO4

The development of Turing’s “Enigma Machine” at Bletchley Park during WWII made up the story of the 2015 film The Imitation Game, in which the gay computer scientist was portrayed by Benedict Cumberbatch.

“He was a man who worked almost entirely in secret, who received little credit for cracking the Nazi codes and shortening the war and who died having been branded a criminal,” said TV presenter Nick Robinson during the live broadcast. “Today he is the most celebrated figure of the 20th century, a father of computing, war hero and genius.”

It’s believed Alan Turing saved hundreds of thousands of lives by shortening the war by up to two years.

After the war, in 1952, the gay computer scientist was prosecuted under the United Kingdom’s criminalization of homosexuality. As an alternative to prison time, which would not allow him to continue his studies, Alan Turing opted for chemical castration. He committed suicide by cyanide poisoning only a few years later, in 1954.

Fifty-nine years after his death, in 2013, Queen Elizabeth II pardoned Alan Turing for his sodomy conviction. In 2017, thousands of other British gay and bisexual men were finally pardoned.

What do you think of gay computer scientist Alan Turing being honored as the most iconic figure of the 20th century? 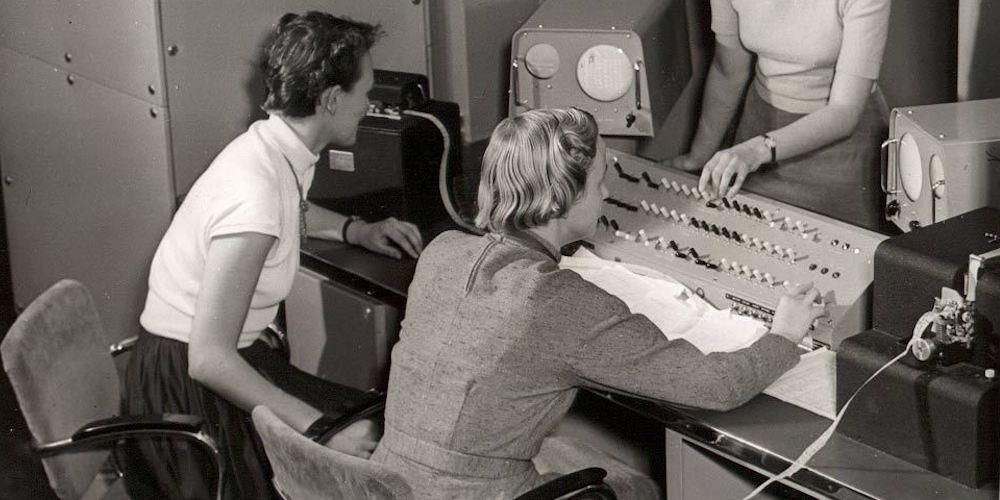 Listen to Christmas Carols Performed by Alan Turing's Computer in 1951