Written by Stephan Horbelt on February 4, 2022
Be first to like this.

Billy Hough could teach us all a thing or two about the power and fury of queer punk rock. Knowledgable of all things musical, he’s an East Coast-based musician and artist beloved by Provincetown regulars, as that’s where he spends his summers, treating locals and tourists to his take on classic songwriting multiple nights per week.

Hough is beloved for his “Scream Along With Billy” show, in which he typically covers an entire album from start to finish, by artists as wide ranging as Fleetwood Mac to Prince to Eminem. Legendary director John Waters referred to one of Hough’s shows as “The bravest thing I’ve seen in 20 years.”

Hornet sat down with Billy Hough to discuss queer punk rock, and nailed down five of the genre’s seminal moments.

Here are the five most important moments in queer punk rock, per Billy Hough:

Listen to “You Really Got Me” by the Kinks, “Lady Godiva’s Operation” by The Velvet Underground

Rock ‘n’ roll, like any real artistic movement, pulls from and influences all the others. It’s easy to trace the influence of, say, Dylan on prose writing, the Sex Pistols on street fashion or The Rolling Stones on filmmaking. But let’s go backwards.

The burgeoning sound of punk was out there in 1968 — The Kinks, The Who, ? and the Mysterians, even “Helter Skelter.” But the look, the attitude and the politics of what would become the “Great American Punk/Art Explosion” were being refined by a group of amazingly brave personalities — Jackie Curtis, Holly Woodlawn, Penny Arcade, Candy Darling — and the decidedly queer auteurs who both recorded this zeitgeist and fueled it.

Check out the theater of John Vaccaro, the film Flaming Creatures by Jack Smith, Paul Morrissey’s films and the Velvet Underground’s experiments financed by Andy Warhol. The New York Dolls, the Stooges and a young David Bowie pull no punches when attributing credit where it’s due. Bowie and Marc Bolan wore their glitter, seduced with their androgyny and copped their attitude, but it was those original personalities and artists who were actually living it.

Listen to “Back Door Man” by The Doors, “I Wanna Be Your Dog” by The Stooges

Pristine Condition and Danny Fields in the documentary ‘Danny Says’

Danny Fields has had more to do with this particular chapter of rock ‘n’ roll than Brian Epstein had to do with the Beatles. Rarely, if ever, has one man’s personal taste and instinct so completely dominated such a huge swath of American art.

Fields brought Edie Sedgwick to the table and managed The Doors. He was sent to Detroit to sign the MC5, and he found the Stooges on his own while they were playing a frat party. He signed them on the spot.

He would later manage The Ramones, and to this day he remains the unassuming arbiter of a life’s work of nearly nothing not cool. He’s on this list because he’s integral to all these tales, and he’s also (like myself) a member of the LGBTQ community, though in what particular capacity I wouldn’t presume to claim.

Listen to “Fuck Off” by Wayne County and the Electric Chairs, “When You Rock and Roll with Me” by David Bowie

Before transitioning, Jayne County was first cast by Warhol in Femme Fatale, which also featured a newly discovered Patti Smith. They then wrote “Birth of a Nation,” which is regarded as a pivotal achievement of this era in NYC underground theater. County’s 1972 band Queen Elizabeth set much of the tone for the revolution ahead.

Playing with gender, sexuality and androgyny long before it was “safe,” County was always credited by Bowie as a personal inspiration, and in the case of the legendary “Wayne County at the Trucks,” the artistic inspiration behind Bowie’s own Diamond Dogs.

Burroughs had been ‘on the run’ for years after the death of his brilliant and under-credited wife Joan, to whom he was happily married despite being labeled as ‘gay’ and certainly a connoisseur of Sodom. After years in London having sworn off dope, and finding increasingly larger audiences for his now seemingly ‘prophetic’ books, the elder statesman of the Beats moved to 222 Bowery in 1974.

If those I’ve listed above brought attitude, gender-fuck, glitter, philosophy and art theory to the table, Burroughs brought the brains.

The unabashed intelligence of Lou Reed and Iggy Pop, of David Byrne and Laurie Anderson, found cover under Burroughs’ impeccable credibility as an “intellectual punk.” He was the most influential musician who never released an album (though late in his life the indispensable Hal Wilner created some masterpiece albums around him).

Burroughs was Patti’s line to Rimbaud and Reich, he was the grandaddy of dope to Keith Richards and Johnny Thunders, and he was the Kama Sutra of gay sex for those curious (Bowie), practicing (Reed), or dueling with (DeeDee). He arrived in New York right before Patti’s Horses and held court through the first years of Saturday Night Live, the early scares of the AIDS crisis and one of NYC’s most prolific and substantiative artistic epochs.

Listen to “Teenage Whore” by Hole, “Daydream Nation” by Sonic Youth, “Rape Me” by Nirvana 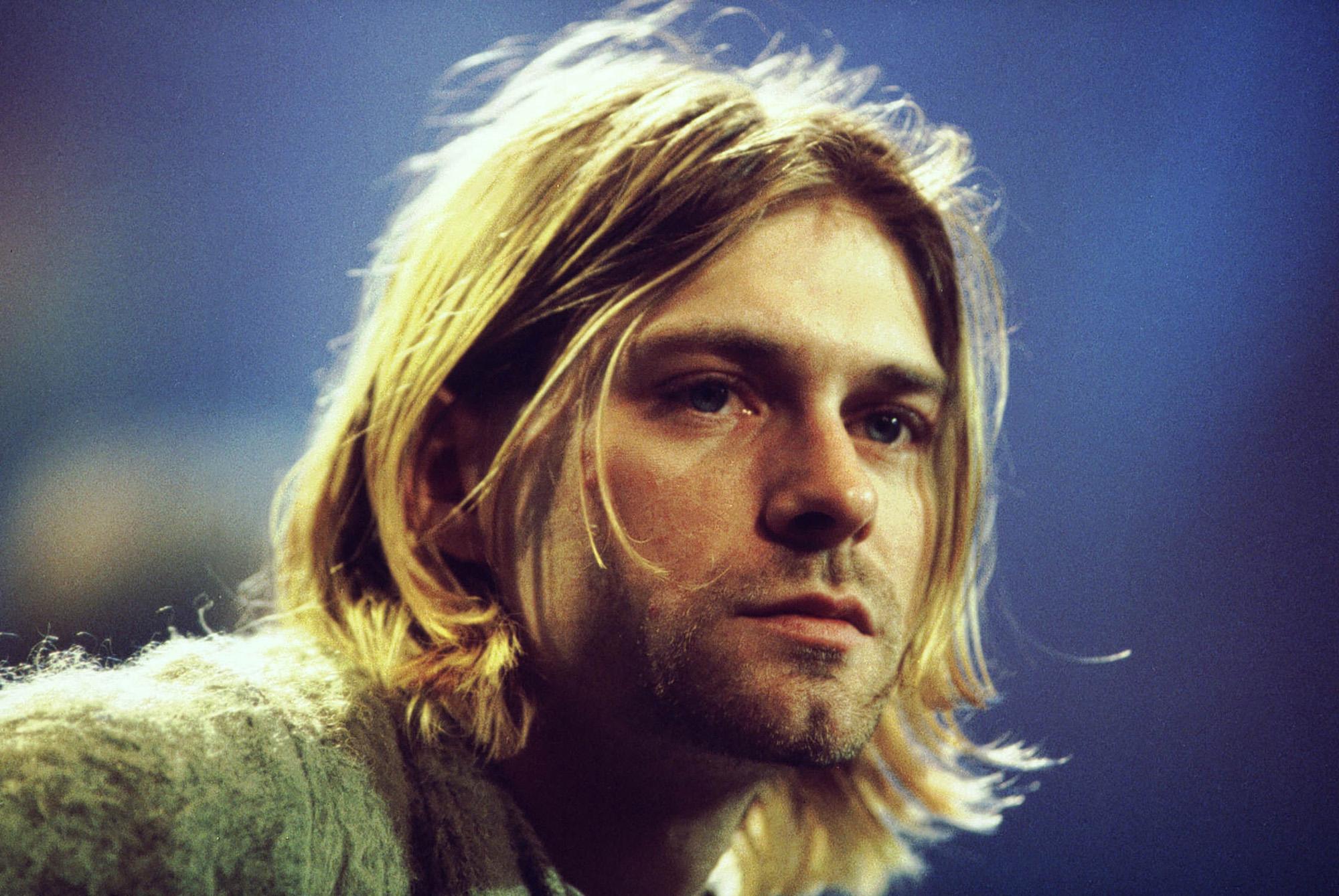 I don’t know if there has ever been a more fuckable male rock star since Jim Morrison than this bleach-blonde, blue-eyed, skinny kid from Seattle. But where the Lizard King was all sex all the time, Cobain’s beauty was ethereal and brotherly. The seeming Christ-child of punk rock, he brought back the kind of anarchy through guitar and venting through soundtrack that hadn’t really existed since the life-or-death days of 1966-75 USA.

Kurt Cobain was the opposite of the early drag/glam/sexual provocateurism of Vaccaro and County, but in the way ‘love’ and ‘hate’ are not opposites but identical. Kurt’s wife, Courtney Love — a vicious LGBTQ advocate and 10 times the musician/songwriter she will ever be credited as — both adored him and shared him.

For his interview in The Advocate shortly before he died, he talked about being so alienated in high school that he was drawn to gay kids, at times even thinking he might be gay, even wishing sometimes that it were true. He didn’t fear the idea of being gay; in fact, he held up the idea of “queerness” as something cool, dangerous, to aspire to and something to be. That, my friends, is full circle.

Do you have any favorite queer punk moments, songs or bands?

This article was originally published on Oct. 11, 2018. It has since been updated.

Secrets and Adorable Details Are Hidden in the Anime Classic 'My Neighbor Totoro'
Unpacking the Myths and Facts Surrounding Elizabeth Taylor's 'Underground HIV/AIDS Drug Ring'
This Gay Aussie Comedian Says Skip the Vapid, Shirtless Selfie and Eat the Donut
Queer People Like Hockey, Too. But Is the NHL Doing Enough to Welcome Us?
English