Written by Matt Baume on November 4, 2020
Be first to like this.

Don’t neglect your cultural literacy, people! Just as important as queer slang, queer entertainment and art is like a language we use to communicate our experiences, values and community. And, yeah, campy movies are part of that.

You don’t need to know about every single gay movie or TV show to be a “good gay,” but being able to quote campy movies will certainly broaden the flourishes with which you are able to speak.

So if you’re looking for something campy and fun for your next movie night, allow us to make a few suggestions.

Here are 10 campy movies that every queer person should see at least once:

One of the most iconic of the campy movies embraced by gay men, Mommie Dearest features a wild-eyed Faye Dunaway as Joan Crawford, shouting extravagantly in a movie that should have been serious and moving. Instead, its extravagant insanity is simply hilarious.

Rosalind Russell plays a larger-than-life socialite whose misadventures are wilder than any drag queen’s. Her confidence and bravado buoy her through any circumstances, no matter how odd, and she’s an inspiration to anyone who’s ever felt left behind. Make sure you read the book, too. And if you must, endure the musical version with Lucille Ball.

Hilarious and heart-wrenching, this movie is a portrait of gay life right around the time of Stonewall. Some of the gay banter is familiar, sounding like something from last weekend’s brunch. And some of the obstacles that queer men faced in 1970 seem as though they’re from another planet.

What looks on the surface like a slick and sophisticated psycho-sexual adventure is really a campy parody of stupid American fame-obsession. Showgirls predicted the psychosis that plagues today’s reality show “stars,” and it holds up a mirror to mainstream heterosexual sex culture, revealing just how dumb it is.

Audrey Hepburn and Shirley MacLaine struggle with lesbian innuendo in a film that was decades ahead of its time. Though it’s dark and depressing, it’s a vital snapshot of the desperation that straight people foisted upon queer people.

No list would be complete without a little Liza, and Cabaret is both a fun romp and a chilling indictment of the reckless acceptance of fascism that plagues us to this day. Set in the days before World War II, Cabaret follows various down-on-their-luck Berliners, including a showgirl who cares about nothing but her own pleasure, even as the world falls down around her.

An iconic counterculture work, RHPS has had a lot of different lives. First it was a stage musical, then it was a film that flopped, then a midnight mainstay, and now it’s been largely discarded and forgotten as its radical gender rebellion grows ever more stale. What seemed shocking in the ’70s is now adorable, but that doesn’t make the songs any less catchy.

Though these films are totally unrelated except for their names, they both feature a goofy enthusiasm. Give yourself over to silliness and don’t be held back by stodgy cynicism. What you see is what you get.

At various points in this movie you’ll wonder what you’re even looking at. It’s an explosion of weird dialogue and colors and strange characters — more like a crazy poem than a movie. The party scene is particularly memorable, with the line “It’s my happening and it freaks me out!”

These two, released in the same year, are ultimate weird bad wonderful movies. Xanadu was Olivia Newton-John’s return to the screen after Grease, dancing up a synth music storm with Gene Kelly.  The Apple is a little bit musical, a little bit Bible, a little bit sci-fi and completely bizarre. You won’t be able to look away from the bonkers mish-mash of ideas in either film, and there’s not a dull moment in either.

What are some of your favorite campy movies? Have you seen all 12 of these? 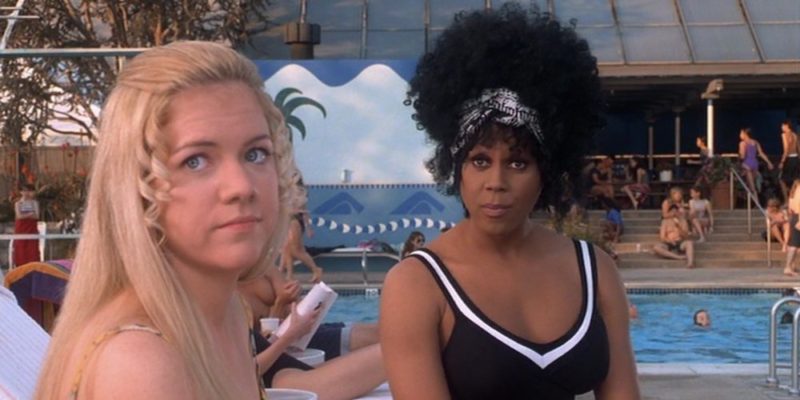