Did You Know There’s a Sequel to the ‘Rocky Horror Picture Show’ Called ‘Shock Treatment’?

In the Rocky Horror sequel, newlyweds Brad and Janet return to their hometown of Denton, the small town where the first film began. But even though Denton calls itself “The Home of Happiness,” we soon learn that the town is more or less run by Farley Flavors, a fast food magnate and media mogul who sways public opinion though TV programming.

Flavors has his eye on Janet and, by subjecting the newlyweds to a romantic game show called Marriage Maze — hosted by a German fop played by Australian comedian Barry Humphries, better known as his drag persona Dame Edna — Flavors has Brad carted off to a psychiatric hospital and begins styling Janet into a sensational singing star. But, of course, Farley’s plan comes with ulterior motives and not every Dentonite favors Farley.

Although the film’s creator said, “It’s not a sequel, it’s not a prequel, it’s an equal,” it’s largely considered a follow-up to Rocky Horror, particularly because it follows the couple from the first film and was derived from a script originally intended as a direct sequel.

Here’s the trailer for the Rocky Horror sequel, Shock Treatment:

However, Rocky Horror‘s biggest stars are nowhere to be seen. Susan Sarandon, who played Janet, had become such a big star by 1981 that the film’s producers couldn’t afford her. Barry Bostwick, who played Brad in the original, was unavailable. The actor who played Dr. Scott didn’t want to resurrect his role and neither did Tim Curry, who played the iconic Dr. Frank N. Furter. Curry almost took the role of Flavors, but he backed out when he learned that Bostwick wasn’t playing Brad.

Despite its good points — which we’ll cover later — the film isn’t great. The film’s writer originally envisioned a sequel entitled Rocky Horror Shows His Heels where Brad had come out as gay, Janet was pregnant with Dr. Frank N. Furter’s baby and Dr. Frank N. Furter and Rocky had been resurrected to turn all of Denton’s residents gay. But the film’s director said he didn’t want to revisit material that had more or less already been explored in the first film.

As a result, O’Brien reworked the songs into a script called The Brad and Janet Show which later turned into Shock Treatment. But when the production was threatened by a 1980 strike by the Screen Actors Guild, the production team had to figure out how to shoot the film in a small window of time. So instead of filming on location in Denton, Texas like they had planned, they shot the entire thing in a England production studio.

As a result, the entire town of Denton is located in a TV studio, something that works with the film’s TV theme, but makes little sense otherwise. Similarly, the plot is confusing and the reworked songs do little to explain what the heck is going on.

Nevertheless, Rocky Horror fans should check out the sequel if only to see what happens. The film’s opening song, titular song (below) and the songs “Little Black Dress” and “Breaking Out” are catchy standouts among forgettable tunes that largely mimic the original’s.

Also, O’Brien’s use of TV to convey Brad and Janet’s relationship drama was strangely prescient of reality TV, 11 years before MTV’s The Real World officially birthed the genre.

Lastly, the film is really about the dangers of consumerist conformity, which is always an important message. The entire town of Denton has fallen under the influence of fast food and junk TV, and it’s willing to torture an innocent man and destroy a relationship just for entertainment’s sake.

The genius of Rocky Horror was that the queerness threatening to swallow Brad and Janet ends up liberating them. The genius of the sequel is that the social values offering Brad and Janet a “home of happiness” end up being more twisted and cruel than anything Dr. Frank N. Furter ever put them through.

What do you think of the Rocky Horror sequel Shock Treatment? Sound off in the comments. 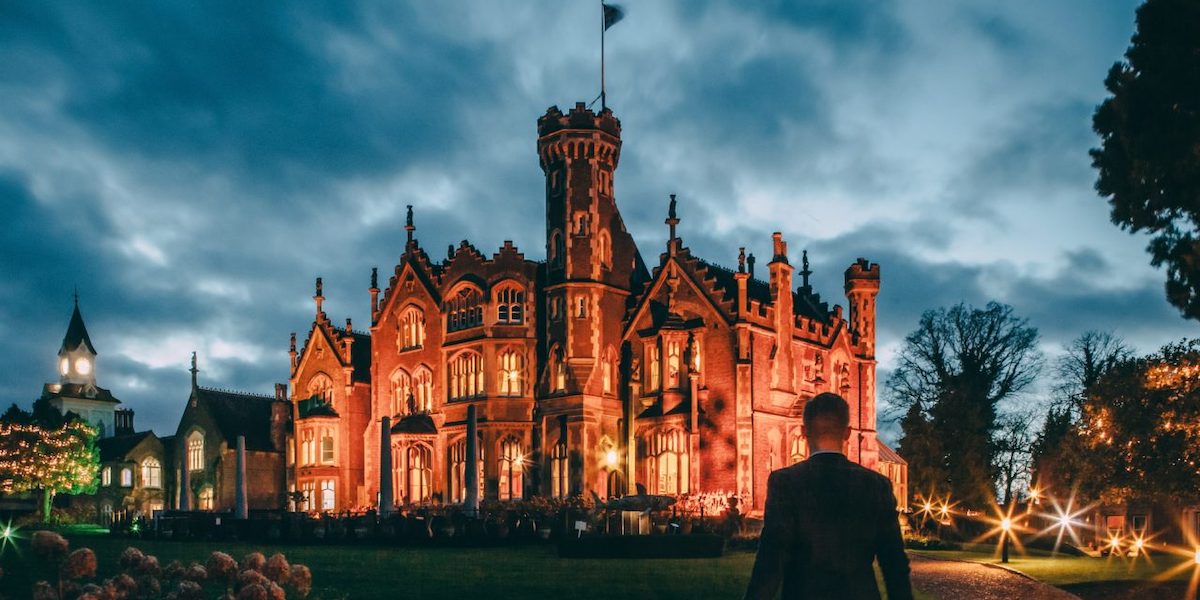