Written by Daniel Villarreal on September 9, 2020
Be first to like this.

A trans male friend recently told me that cisgender gay guys at bars will often hit on him without realizing he’s trans, forcing him to navigate awkward reactions when he tells them. “Some guys will be like, ‘Oh, uh, sure, yeah, I guess I can try,’ or act like they’re doing me a favor if they sleep with me,” he said, “and I’m just like, ‘Forget it. I’m not your 101.” So with this in mind, I turned to a few YouTubers for some trans dating advice for gay guys who come across trans men in the wild world of relationships.

Jamie Raines says if you’re getting physically intimate with a trans guy, make sure and check in with them about what sorts of words they’re comfortable using to describe their anatomy, particularly if they’re pre-operational.

“Personally, for me,” he says, “I never ever wanted to hear the word ‘boobs’ in reference to my chest — that would be very upsetting to me.”

“Just have an open discussion about it,” he says, providing a considerate bit of trans dating advice.

Also, as a pro-tip: Some trans guys who haven’t had surgery refer to their “front hole” and refer to the clitoris as their penis (or other slang terms for it).

2. Some trans guys have difficulty deciding when to mention they’re trans.

While the Hornet app allows users to identify themselves as trans on their profile, trans guys can find it difficult to decide how exactly to share their trans identity with someone they’ve met in real life. In fact, Ty Turner says many trans men reveal their identity as if it were a guilty, scary, secret confession rather than just another personal detail.

“It’s not a confession. You are not guilty, and it is not a scary thing to be trans or to date a trans person,” he says.

As his piece of trans dating advice, Turner suggests testing the waters by incorporating trans subjects into conversation. “Transgender topics are actually really big right now, so it’s not that difficult to find a way to work that into whatever you’re talking about … and see how they react, and see what they say to that.” He suggests bringing up bathroom bills or the Kardashians (presumably for their relationship to conservative trans celeb Caitlyn Jenner).

He says that cis people will often react to news of someone’s trans identity in proportion to how it’s presented. Overreacting to the news, he says, is a definite red flag.

YouTuber Andrew Jameson reveals, “I’ll be talking to a guy, and it’ll be going great. And they’ll seem really interested, and then it’s like the second that I tell them, shit seems to hit the fan.” He says guys will initially act like they’re OK but then, “It starts to go downhill. And it’s not that I change, it’s not that I become awkward…. It’s that they lose interest. I’m not stupid. I can tell that that’s what’s happening.”

Jameson says he has no interest in trying to salvage something from such conversations or to guilt guys into hanging out with him. “You like what you like,” he says.

“But I really wish they would be honest with me [about why their interest changes].” His piece of trans dating advice is that he’d prefer if guys would thank him for his honesty and then be honest about their own discomfort or desire to just be friends. When guys lie and say they’re OK with his being trans when they’re really not, it gets Jameson’s hopes up, which is uncool.

4. Don’t treat trans guys like some rare sort of Pokémon.

“I’ve had girls obsessed with the fact that I was trans,” Sam Collins’ friend Kalvin Garrah says in one of his videos. Garrah says, “The most recent girl I dated was … always asking (about) my trans stuff. And yes, that’s like dice and everything like that, but I also don’t want the constant reminder that I’m trans.”

“You’re not a Pokémon,” Collins says in agreement.

So here’s a key piece of trans dating advice: If you’re hanging out with a trans person, chill with all the questions. You can always ask them one or two things later when you see them again, or even look up the answers yourself online without making this guy your own personal information resource.

Do you have any other trans dating advice? If so, share it in the comments. 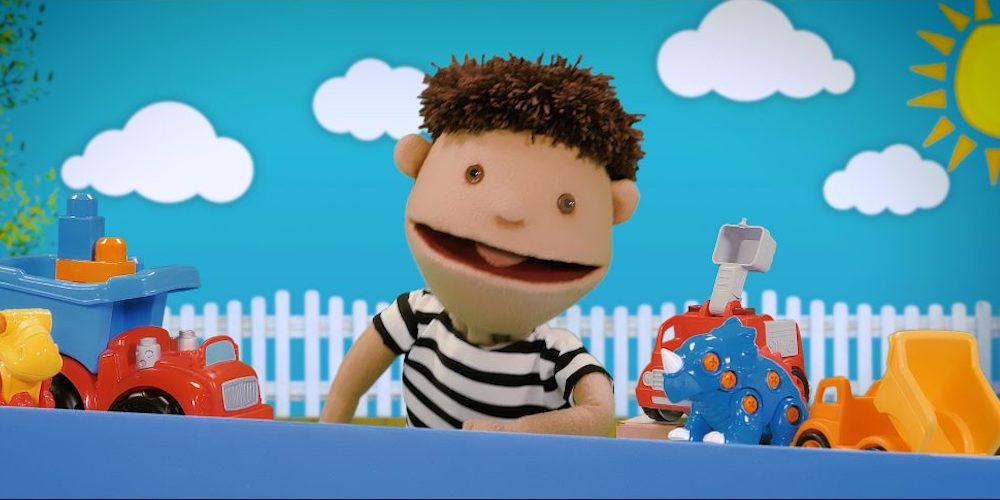 Meet Julian, the Trans Puppet Tasked With Teaching Kids Not to Be Bullies (Video)