For those of us in America, it’s the story that won’t seem to leave our social media feeds: The Friday incident in Washington, D.C., that squared MAGA hat-wearing students from Covington Catholic school against Native American elder Nathan Phillips.

Video footage from multiple sources and angles have made their way across the web, and only one thing is certain: Those who have watched all the footage continue to have drastically different opinions about what exactly went down and who acted inappropriately.

But here’s one thing that is undeniable about Covington Catholic school, an expensive private school located in an affluent suburb of Cincinnati: the school has quite a history of inappropriate behavior by its student body.

Images have emerged showing Covington Catholic students wearing blackface at a 2012 basketball game while someone in the stands appears to berate a black player from the opposing school. (People defending the school have cited the game was a “blackout game,” and that tradition calls for fans to dress in all black, though typically that tradition does not involve blackface.) Last month, former Covington Catholic basketball player Jake Walter was charged with repeatedly assaulting, choking and raping a young woman.

And then there’s this story: Christian Bales, an openly gay student at Holy Cross High School, a school run by the same Catholic diocese as Covington Catholic High School, was prevented from speaking at his school’s graduation ceremony. Bales, who was the year’s valedictorian, was told he would not be speaking mere hours before the ceremony, as the diocese called his speech “inconsistent with the teaching of the Catholic Church.” (You’ll be happy to hear that Bales simply gave his speech outside the ceremony over a bullhorn.)

It’s been argued by some that the Covington Catholic students were shouting “Build that wall!” during the incident on the National Lawn, and while there’s been no video evidence of that taking place (that I have personally come across), they were indeed shouting just that at random passers-by earlier in the day, as this clip proves.

And now there’s this Twitter thread, shared by Mac Duckworth, in which he offers his own personal experiences in dealing with the students of Covington Catholic school. We’ve re-posted it below for easy reading.

Since cov cath is currently being EXPOSED, I would like to share my personal experience with the students and the school itself.

So far the Twitter thread has been shared more than 11,000 times.

Since cov cath is currently being EXPOSED, I would like to share my personal experience with the students and the school itself.

It all started in 8th grade when I came out as gay. Some kids from cov cath started to say things about me and my sexuality. Of course there were little things but after awhile it started to build up.

I was getting fed up with kids from this school calling me a “faggot” and wishing death upon me. So I decided to take a stand and defend myself.

As soon as I started to defend myself things started to take a turn for the worse. I would go to parties and large groups of boys from this school would be there. I would try and mind my business but they would just keep harassing me which resulted in me having to leave.

Then our beef flipped over to social media. Another group of boys from cov cath made twitter profiles for the sole purpose to make fun of me and many others that live in the NKY area.

Here are the screenshots of the tweets from these accounts. There were far worse tweets out there but these were the only ones I could get my hands on. [I’ve reposted one of those tweets below, but head here to see the rest.] 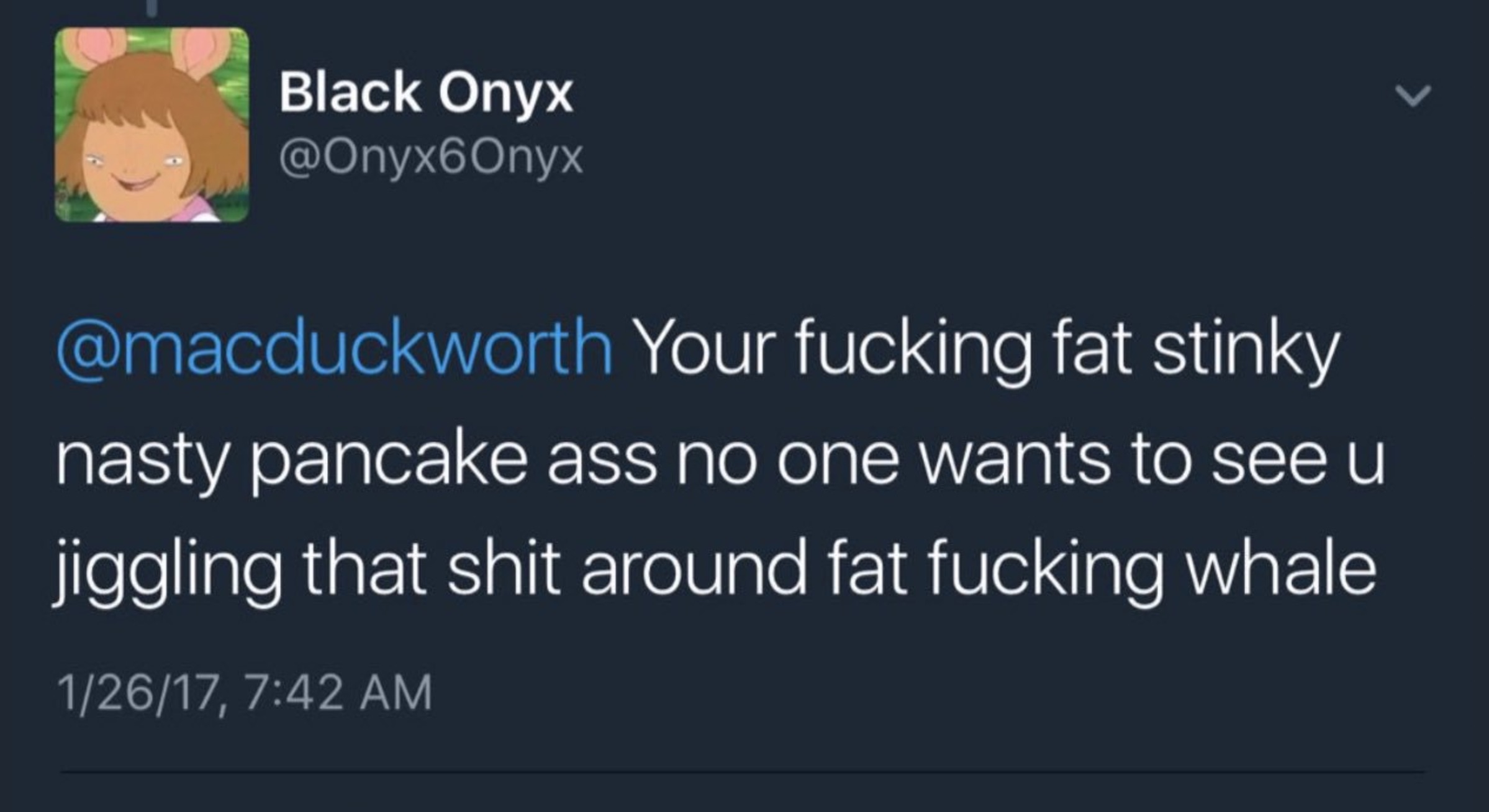 And I had this guy from that group of boys personally come to me and tell me who all ran these accounts and guess what… They went to cov cath.

After this incident a girlfriend of mine invited me to a school dance. I was really hesitant on going because all the cch boys would be there, but decided to go anyways because a few of my friends were also attending.

When I arrived at the “formal” I immediately went to the dance floor where everyone was. They started to form a circle and expected me to dance (for those of you who don’t know, I love to twerk at school dances because it’s funny to most and I enjoy doing it)

As soon as I walk into the circle, damn near every single boy that goes to cch started chanting and heckling at me. I tried to be the bigger person and ignore it, but that giant crowd of boys started marching into the circle trying to stop me. I tried my hardest not to let them

but then they started pushing and shoving me as a result. This next story is where it gets JUICYYYYY.

About a year ago I went on vacation with my family. I was having the time of my life until I got a text from a few of my friends. They told me that students from cov cath were printing out pictures of me then handing them out to people at school, putting it on there cars and…

Hanging them up inside the schools bathrooms.

This is the picture. this Snapchat is from a cov cath student confirming that it did in fact happen.

The picture itself does not bother me. What bothers me is that they took the time out of their day to do all of this just to be cruel and make me feel like complete shit for no reason.

I’ve also heard from many sources coming from INSIDE THE SCHOOL that they put my name on a “prayer board” and have called my name over the morning announcements.

I am in no need of prayers and they did this only because of my sexuality. This is something that the school itself could of done something about but refused to do so.

This is not an isolated incident and is not an issue that has only happened once. I’m tired of the school and the students not getting punished for their heinous actions.

I hope everyone is now realizing their true colors

Cov cath. You deserve everything coming your way

What do you think about ac Duckworth’s personal experiences in dealing with Covington Catholic school students?

Did You Know Childhood Classic 'Goodnight Moon' Was Inspired by a Stormy Lesbian Romance?
History of the Action Figure, Part 1: G.I. Joe and the Rise of the Man-Doll!
Russian Pop Star Sparks 'Gay Propaganda' Investigation After Music Awards
13 Homoerotic Horror Films to Get You in the Mood for Halloween
English