To say that The Vixen has been polarizing on the current season of RuPaul’s Drag Race is putting it mildly. From her fighting stance during that workroom entrance to her battles with fellow competitors Eureka and Aquaria on the runway and on Untucked, The Vixen definitely gave us something to talk about this season. And everyone had an opinion on this Chi-town standout.

The Vixen was eliminated after last night’s Cher-themed challenge, so Hornet caught up with him for a chat. We discussed everything from his thoughts on the competition, his battles with fellow competitors and racism in the drag community today.

It’s been a very eventful and exciting season for The Vixen, to say the least. Making both your city of Chicago and yourself proud was something that was very important to you.

Oh yes, absolutely. For sure, I made both Chicago and myself proud.

Was the experience of RuPaul’s Drag Race everything you thought it would be, or did you run into things you didn’t expect?

You definitely cannot predict what your Drag Race experience will be. My favorite thing to say is that you can reach your dream but no one ever prepares you for the nightmare of the experience sometimes. That is not completely true for me, though. It was definitely not a nightmare, but the experience was not all roses and sunshine either. It was great to reach the dream, but sometimes dreams go left.

Chicago is a mecca for drag, with some of the girls becoming legends on the Drag Race runway, like Shea Couleé from Season 9 or Dida Ritz from Season 4. Who do you think would be amazing to hit the workroom for Season 11 from Chicago?

You know, I think Lucy Stoole would be pretty amazing on the show. She’d be the first bearded queen also. I think she’s one of the most iconic bearded queens you will ever meet.

You had some pretty intense run-ins with both Aquaria and Eureka during this season. Are you good with the ladies now that some time has passed?

Yeah, I’m really good. Aquaria and I are great. She actually gave me the space that I needed to get over our argument and appreciate her from a distance. On the show I did not get to distance myself from Eureka. I mean, we sat next to each other the next day. What is great now is that we have had time to take our distance. We both understand now that we work better professionally by keeping it short and sweet.

Your entrance into the workroom had a sense of foreshadowing when, with clenched fists, you said “I’m Here to Fight” as your tagline. Some people, including Charlie Hides from Season 9, felt that if you came in “ready to fight,” you can’t claim later that people are trying to fight with you. How do you respond to that?

I call that woeful ignorance. What is undeniable is that I never started a fight on the show. During Episode 1, I was simply letting Miz Cracker know that Aquaria was lying to her face. That was not me looking for a fight. I had been talked into believing things about Miz Cracker, and then suddenly none of that is an issue. It was clear during the second episode that Aquaria felt a certain kind of way about me calling her out, and she was poking the bear so to speak. It was not my action as much as it was my reaction.

As for Eureka, she said outright during Untucked that she wanted to test me because I did not respect her. That is not a good way to get respect from anyone, really. In all of those instances, I was reacting, but I definitely think I got punished more for reacting than they did for initially acting.

Asia O’Hara had a moment with you on this last episode and really tried to get to the heart of the matter. She mentioned that some of your anger could have stemmed from Eureka possibly being symbolic of some of the race issues you see as an African-American drag queen.

She was absolutely correct. Both Eureka and Aquaria represented privilege to me. Something that I have done in Chicago is level the playing field in terms of privilege. It was definitely a culture shock for me to be back to square one where I was suddenly trying to dismantle the patriarchy again.

Since you’ve come back from filming and gotten a chance to watch yourself on television, how do you think you’ve grown as a performer and as a person?

Well, as a performer I can now put on makeup faster that anyone in the world. I had to do it during filming, and now I don’t know how to take my time doing my face anymore. It just kind of hops on. [Laughs] It is great, though, she is stunning! I sit down with my makeup brushes and I am more than halfway done now. That’s a really good superpower to come out of the competition with.

What I think is interesting is that there’s an expectation for me to leave the show and change, or leave the show learning something or taking a different approach. In reality, though, the show is a very unique experience that is not the real world. You are in a bubble, on camera, in front of millions of people. You are in high-pressure situations with lack of sleep and intense stress. All of those things are unique to this experience.

The way I react to things on the show is different from how I would react to them in real life. For example, if I do not like someone like Eureka in real life, I can just walk away. On the show, you are stuck together in the same building. I had to deal with it. I did not leave the show thinking that I needed to change anything. I left the show knowing that I had reacted honestly to the situations that I was in.

You know, time heals all wounds. I think I need a little more time right now before I say that I am ready to go back into the workroom. I would not rule it out, though. I think my time on the show was important, and some really cool things happened. I would not be afraid to make more important moments again.

You’ve definitely helped start a conversation that was much needed. Where do you think we are in terms of race being an issue in the drag community and the Drag Race community? 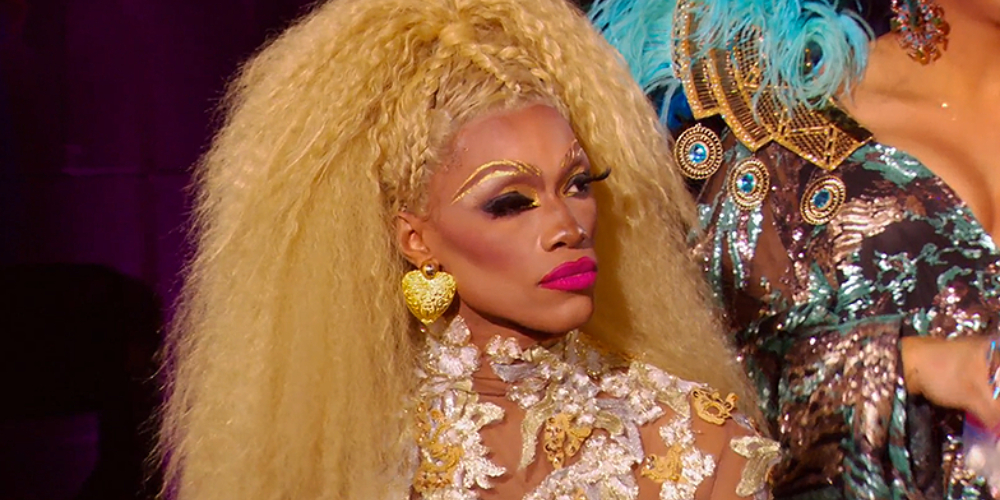 The Vixen and RuPaul Threw Down on Last Night's Reunion: What the Hell Happened? 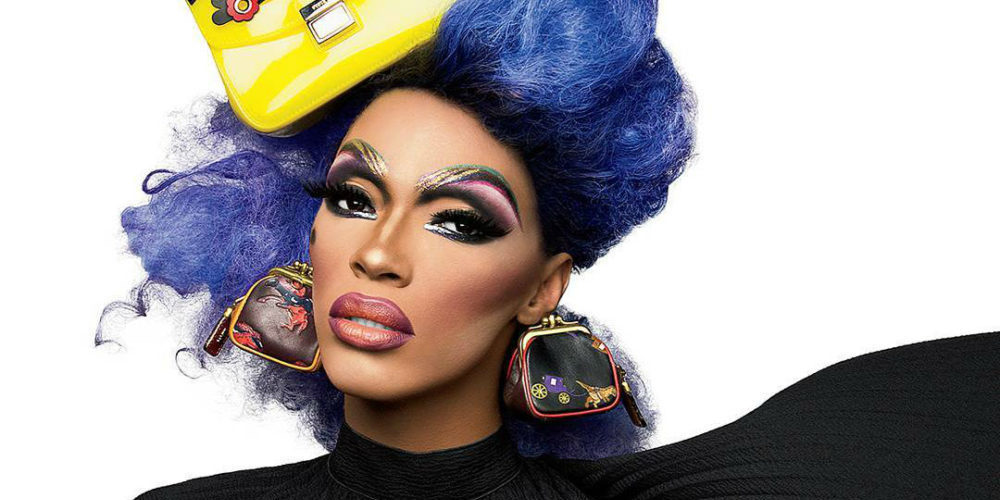 The Vixen Has Written Her Own Verse for RuPaul’s ‘American,’ Complete With Eureka O’Hara Diss 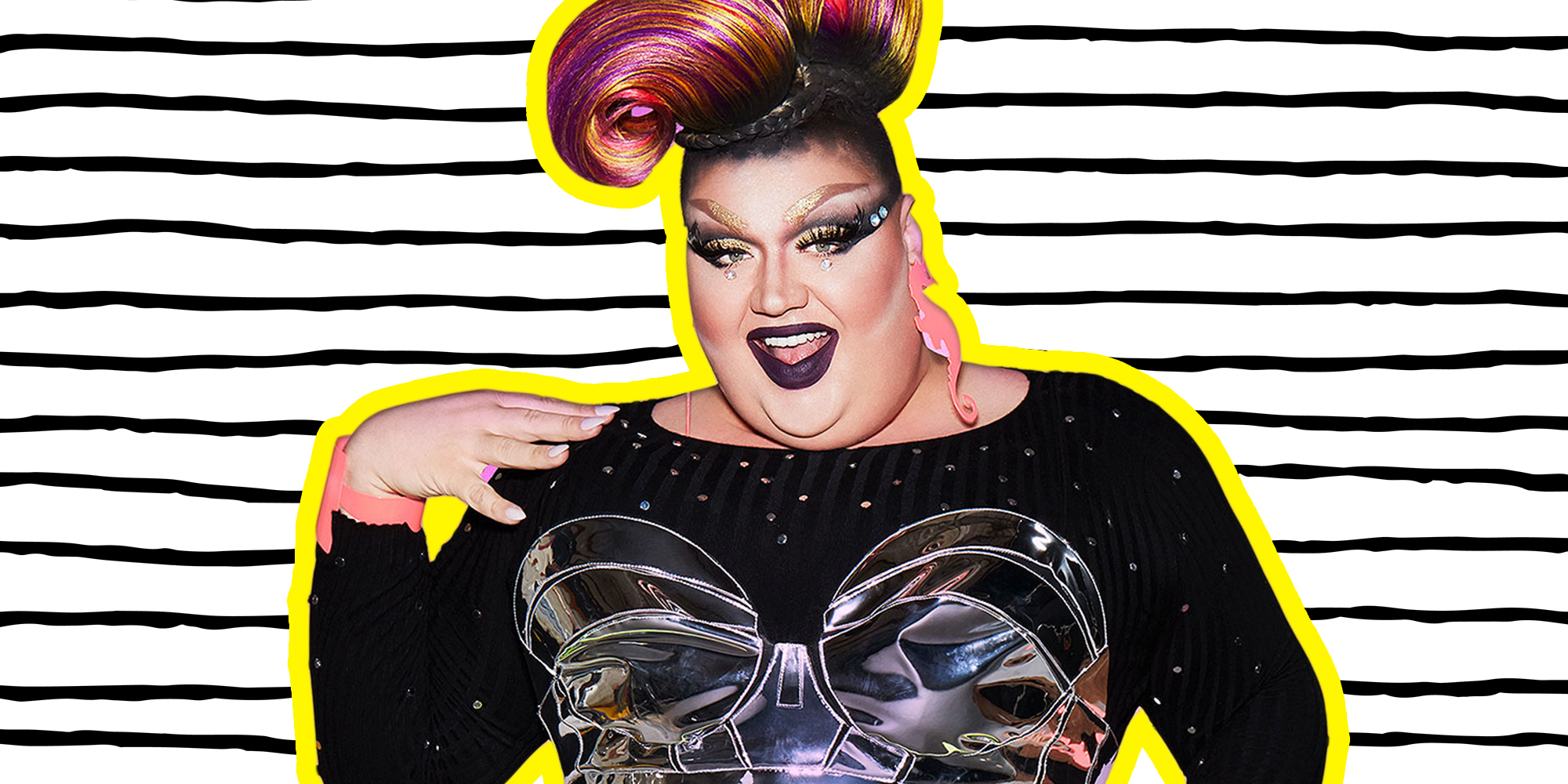 Eureka Speaks: 'The Elephant Queen' on a New Single and Her Relationship With The Vixen

Are You Wondering When the 'Drag Race' Season 10 Finale Is Airing?
English