Exclusive: Cyndi Lauper Reminisces Over Her EDM Foray ‘Bring Ya to the Brink’ 10 Years Later

Written by Adam Maidment on October 23, 2018
Be first to like this.

Cyndi Lauper’s career in the spotlight has spanned more than 40 years, consisting of a discography that’s now 11 albums deep. An artist who has stood out from the moment she released the aptly named She’s So Unusual, her album debut, Lauper has consistently refused to be put into a box of norms.

While that Lauper debut featured her biggest hit to date in “Girls Just Wanna Have Fun,” this New York-based musician has since dabbled in everything from pop and jazz to blues, country — even Broadway, having penned the songbook for the hit musical Kinky Boots.

It was in 2008 that Cyndi Lauper released her ninth studio album, Bring Ya to the Brink, a follow-up to her 2003 collection of jazz standards and the more new-wave sound of 2004’s only-released-in-Japan Shine. Bring Ya to the Brink marked yet another brand-new direction for Lauper, this time as she experimented with a club-tailored house and electronic sound.

“I began an adventurous series of production and song-writing collaborations with some of the top dance producers and hitmakers in the international club scene,” Cyndi Lauper says in an exclusive chat with Hornet. Some of those to work on Bring Ya to the Brink included well-known dance artists like Basement Jaxx and Axwell, plus names that were just emerging at the time like Kleerup and Dragonette.

Lauper adds that there were many interpretations to the 2008 disc, now just over a decade old: “It’s an album that can be experienced in two completely different ways: a dance album that you can move to, but also enjoy on a surface level.”

“There’s a lot to discover inside the lyrics — these songs get pretty deep,” Cyndi Lauper tells Hornet 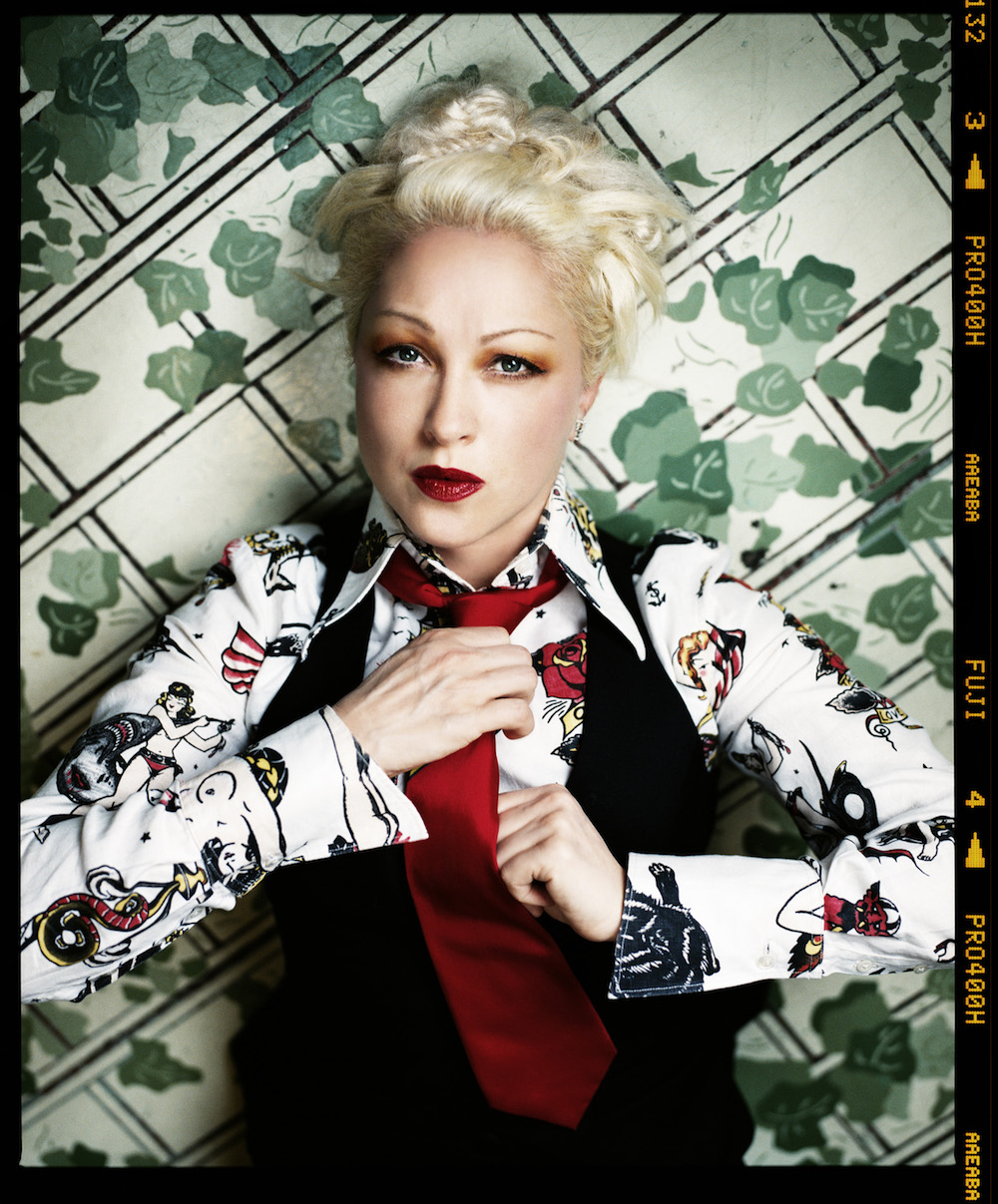 Upon release, Bring Ya to the Brink was heralded by Slant for its ability to bring “a real sense of character and presence to a genre typically known for the icy detachment of its vocalists.” At the time, The Guardian stated, “this is the album Madonna should have made instead of Hard Candy.”

Ten years ago Lauper managed to create something familiar yet ahead of its time, an eclectic jukebox of songs and themes that still work today.

“I liked the concept of dressing up poetry into the vibrant threads of dance music,” Lauper says. “The contrast of music that could be celebratory and pretty against words that are sometimes a little intense was what I had in mind.”

Produced by Johan “Kermit” Bobäck and Peer Åström, the track “Echo” is a highlight from the album. Its euphoria perfectly showcases Lauper’s vocal range while sitting alongside a modernized, industrial dance ballad beat. It’s up there with Girls Aloud’s “Call the Shots” and Robyn’s “Dancing on My Own.”

“Into the Nightlife,” the album’s most notable single, was a glitchy dance floor riot produced by the same duo alongside Cyndi Lauper herself. The title came from Henry Miller’s book of the same name, which itself inspired Lauper to sing about the NYC nightlife scene.

The music video for the track was filmed at Manhattan’s infamous Splash Bar, which has now closed. “I thought, why not shoot the video at a location where I could see myself going off and having fun at the same time while performing this song onstage,” Lauper tells us.

“Lay Me Down” is the impressive result of collaborating with Swedish producer Kleerup. In an interesting move, the track’s instrumentals were later featured on his debut album underneath his repeating of the words “thank you for nothing.” It was rumored that Kleerup wasn’t allowed to feature “Lay Me Down” on his own release, but we won’t get into that.

“I tried not to make every vocal the same. I tried to find the character of the storyteller. It intrigued me to bend over backwards to find these different characters.” 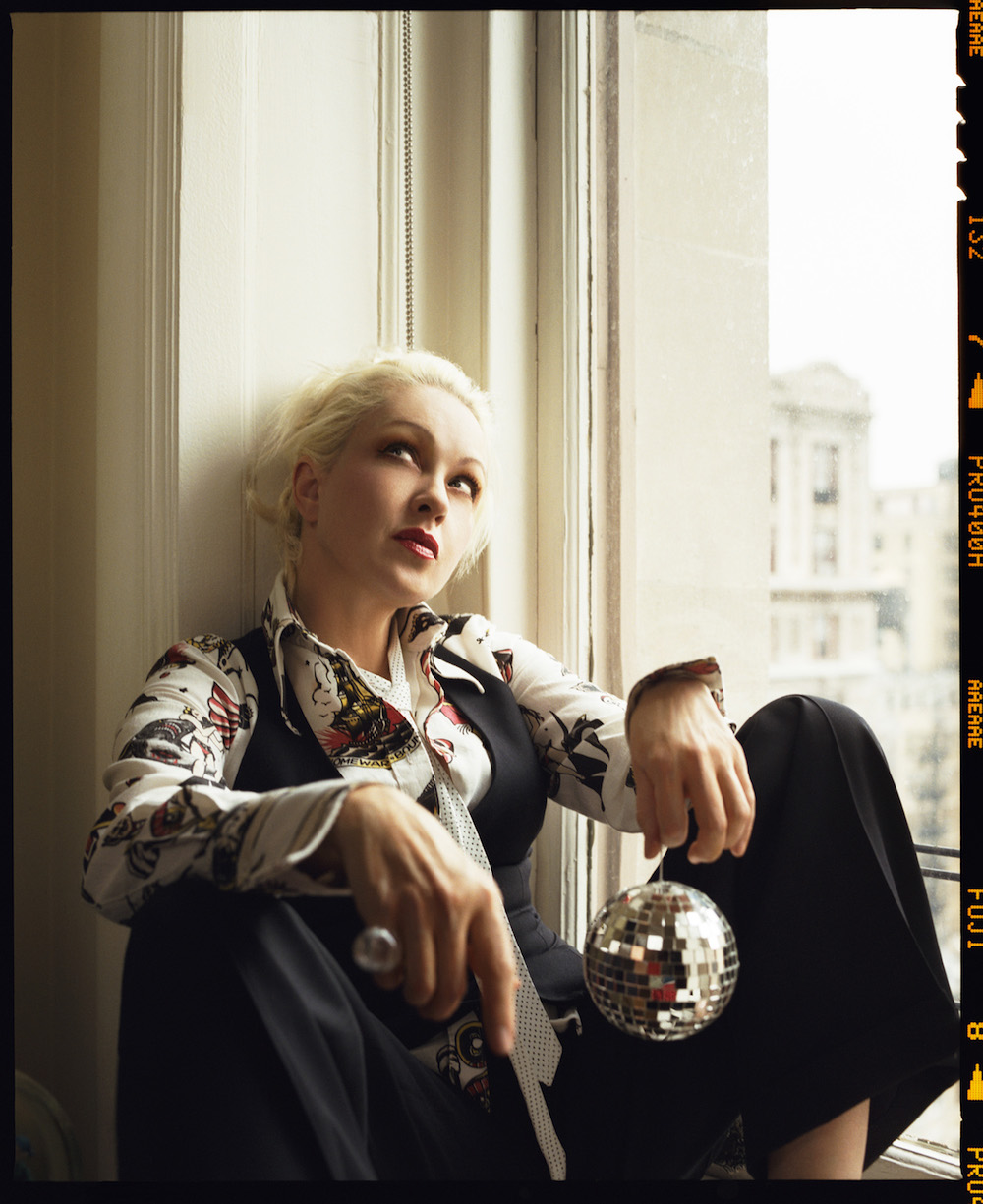 —Cyndi Lauper on the making of Bring Ya to the Brink

Cyndi Lauper is at her best when she’s able to express herself fully, best exampled on the album during the Basement Jaxx-produced “Rocking Chair.” Meanwhile, the Lauper and Scumfrog-produced “High and Mighty” is a highlight for Lauper herself. Not only was that track acknowledged by the Songwriters Hall of Fame as one of Lauper’s best, alongside “Time after Time,” but Lauper said in 2008, “When I got back the first mix of ‘High and Mighty’ I was in tears because it was the kind of music I wanted to make.”

Speaking further about working with other producers and artists, Lauper has said, “I always love working in a community of artists — it’s always a petrie dish. It doesn’t always come out the way you like, but this one did.”

To connect the dots between Bring Ya to the Brink and the start of her career, the Richard Morel-produced track “Set Your Heart” would later be mashed-up with “Girls Just Wanna Have Fun.” The two songs’ seamless blend demonstrates it was still the same ol’ Cyndi Lauper all these years later.

Cyndi Lauper may have left her dance roots behind her in recent years, following recent blues (2010’s Memphis Blues) and country (2016’s Detour) albums, but 10 years on Bring Ya to the Brink remains fresh and stands out as one of her most daring records ever.

Attempts by renowned artists to remain mainstream with a modernized sound can sometimes — maybe even often — fail miserably, but Cyndi Lauper managed to make something classic, relevant and original with Bring Ya to the Brink while remaining 100% true to herself.

Here’s hoping we won’t be waiting another 10 years for a trip back into the nightlife with Cyndi Lauper.

Are you fan of the 2008 Cyndi Lauper album Bring Ya to the Brink?

Cheers to (All of) Us: Our Favorite Inclusive LGBTQ Bars in the United States
'Don't Ask, Don't Tell,' a Dark Mark on America's Legacy, Was Signed Into Law 28 Years Ago
'Call Me Mother': How Drag Mothers Are Raising a New Generation of Queens
In 1994, RuPaul Starred in This Action Comedy About Stealing HIV Meds
English